Can Brighton and Hove Albion keeper save Arsenal? 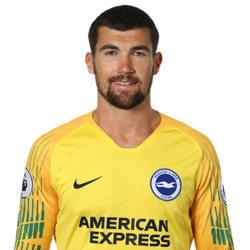 Brighton and Hove Albion goalkeeper Mat Ryan has moved to Arsenal on loan until the end of the season.

The 28-year-old Australian international signed for Brighton in June 2017, shortly after the Seagulls won promotion to the Premier League.

He was the club’s first choice for almost three and a half seasons before being overtaken by Rob Sanchez last month.

Head coach Graham Potter said: “Mat has been a great servant to the club in the Premier League and he has played no small part for the club at this level.

“We have incredible talent and competition at this club for just one position and, understandably, as Australia’s number one, Mat wants the chance of more regular opportunities.

“Mat is a pleasure to work with, a consummate professional and someone who works incredibly hard at his game. We wish him well at Arsenal and will be watching his progress there.”

Ryan has made 121 Premier League appearances for Albion, keeping 28 clean sheets along the way.

The club said that one of his standout moments was his late penalty save at Stoke City in February 2018, securing a vital point during Brighton’s first season in the Premier League.

Ryan came to Brighton in 2017 on a five-year deal from Valencia, having spent the previous season on loan at Genk.

The keeper signed for what was then a record transfer fee for Albion, believed to be just over £5 million.