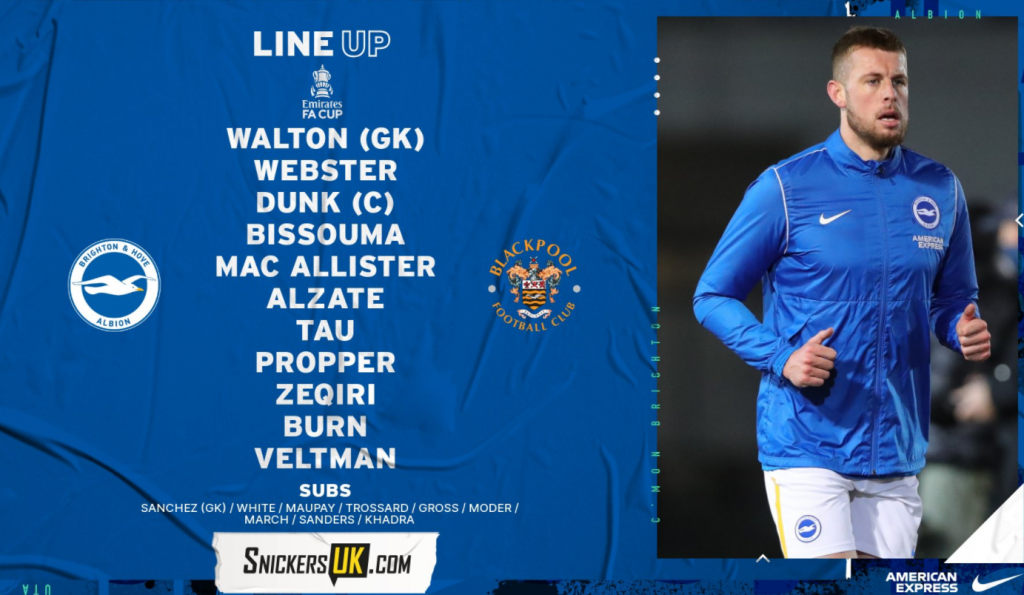 Christian Walton makes his long-awaited return to the first team as Brighton and Hove Albion host Blackpool at the Amex in the fourth round of the FA Cup.

Percy Tau again starts upfront as the Seagulls take on the Seasiders for the first time since 2015.

But Neal Maupay, who scored the vital goal in the league win against Leeds United last weekend, is on the bench.

While Brighton are the favourites to make it through to the last 16, Blackpool knocked out another Premier League Albion – West Brom – in the previous round.