Hove hotel owner to focus on housing the homeless

The owner of a Hove hotel wants to focus on housing rough sleepers because the premises are too far from the centre of Brighton to profit from tourists and the conference trade.

For the past two years, Elemel Community Interest Company (CIC) said that it had been providing short-term accommodation for the homeless at Adastral House, in Westbourne Villas.

Now the CIC has applied to Brighton and Hove City Council for a formal change of use from a hotel to a large house in multiple occupation (HMO), with 19 rooms.

Its application included a management plan for the site, known as the Coracle. The council already places people there.

The management plan said that the site was staffed 24 hours a day, seven days a week, with 200 hours of support a week for residents.

Staff include a service manager, two deputies and three personal mentors as well as maintenance and night-time security staff.

Those placed there were 25 to 65 years old, with a local connection to Brighton and Hove, and were expected to be willing to take part in activities such as volunteering and work as well as “engage with community living”.

Elemel director Angelique Glata said that the building was not viable as a hotel because it was so far from the core hotel zone in Brighton.

Elemel said: “The hotel has been loss-making for more than seven years and the current use is therefore no longer financially viable.

“The proposed flats would exceed the minimum floor space standards set out in the Technical Housing Standards and House in Multiple Occupation (HMOs) Standards.

“The change of use would result in the removal of hotel signage and other paraphernalia in front of the building, thereby improving the character and appearance of the Sackville Gardens Conservation Area.”

But 10 neighbours have written to the council to the plans, many concerned about management at the site.

One, whose details were redacted by the council on its website, said: “When the hotel was bought a few years ago, the new owners were adamant that the guest house would be staffed 24/7.

“There would also be support and supervision for all the residents. The staff have been brilliant at liaising with the community around them and ensuring that all our concerns were listened to and acted on.

“I am concerned that if this application is approved, there will be no 24-hour support for the residents, and particularly no one living in the premises as they will be converting the office into accommodation.” 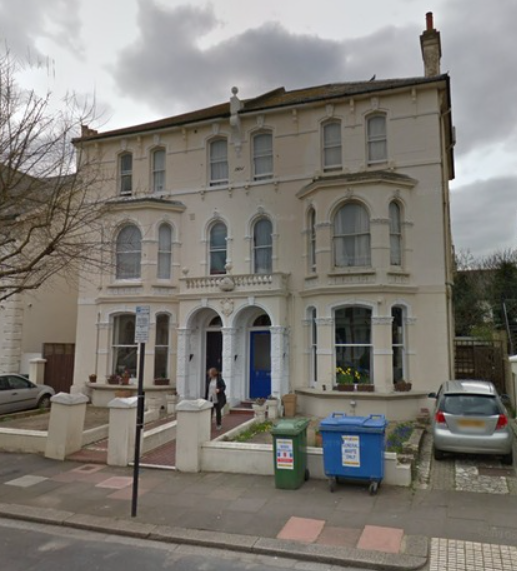 Another neighbour wrote: “While I appreciate the need to support local homeless and vulnerable residents, the road is already saturated with a concentration of either HMO dwellings or bedsits.

“The hotel is currently providing accommodation for the homeless. There is 24-hour staff provision in place to provide security with mentoring and support, which suggests that the residents need this.

“The proposal to turn the building into 20 HMO bedsits could mean that these very same residents are potentially left without the supervision they clearly require.

“I am extremely concerned as to the negative impact this could have on both parties (HMO residents and neighbours).”

Sussex Police supported the planning application and said that it had no major concerns.