Bosses at the new Lidl supermarket in Hove want longer delivery hours when the store opens next week.

But dozens of neighbours have written to Brighton and Hove City Council to object to the proposal.

One even said that longer delivery hours would only add to the congestion created by the new Old Shoreham Road cycle lanes.

Three weeks ago the council granted permission for lorries to come and go at the nearby tip earlier some mornings to try to beat the traffic.

When Lidl was granted planning permission to fit out the old Toys R Us premises, the council said that deliveries should only be made from 7am to 6pm Monday to Saturday.

The company has now asked for deliveries until 9pm Monday to Saturday – and it wants lorries to be able to supply the store between 8am to 6pm on Sundays.

Despite the objections – supported by Labour councillor John Allcock and Green councillor Marianna Ebel who both represent Goldsmid ward – officials have recommended approving the extra hours.

Lidl said that the original delivery hours, which are in line with other non-food shops at the Goldstone Retail Park, were “inadequate to meet the needs of the new food store”.

The company said: “Restricting the ability to service the store to a short window will hamper the ability of the logistics team to manage the store.

“And, in particular, the inability to receive any deliveries on Sunday (including fresh milk, fruit, bread and other essential perishable goods) will mean that the store will not be fully stocked.

“Based on the experience of other Lidl stores, tight restrictions in delivery hours and no deliveries permitted on a Sunday can result in congestion in the warehouse area, especially first thing in the morning and particularly on a Monday when stock can be very low.”

Councillor Allcock said that neighbours were already affected by noise from the retail park in Newtown Road which was amplified due to the “bowl-like” nature of the old Goldstone Ground site.

He said: “Loud noise caused by vehicles and machinery on the retail site will also be amplified further by the new tower block developments that are planned in the immediate area and this will have an even greater impact on the new residents.

“A more positive way forward would have been for Lidl to have opened dialogue with local residents and the Hove Station Neighbourhood Forum about their plans prior to submitting this application.”

She said: “The noise levels already pose a strain on nearby residents’ lives. Residents have informed me that the noise from the retail park over many years has been very stressful.

“Residents are having to wear earplugs in order not to be woken up by the lorry noise and noise caused by the working environment (eg, people shouting across the car park/delivery bay while lorries are unloaded).

“Currently, Sundays are the only days where residents in Goldstone Lane can rest and enjoy some peace and quiet in their homes and gardens.”

One neighbour whose details were redacted on the council’s website said: “When the retail park was first built there were restrictions put in place on hours that deliveries could be made. This was in order to protect the local residents. This has not changed.

“The area has increased in its residential population and the need to protect them from disturbance is greater than ever. I also think that Lidl should understand this and not alienate its local customer base.” 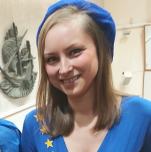 Another anonymous neighbour wrote: “Deliveries will often happen outside of the approved times so extending the approval will only make the situation worse.

“The traffic in the area is already congested with the bike lanes. This will only make it bad for longer in the day.

“Isn’t Sunday supposed to be a quiet family day? Apparently not round here.”

The application is due to be decided by the council’s Planning Committee at a virtual meeting next week.

The meeting is scheduled to start at 2pm on Wednesday (7 April) and to be webcast on the council’s website.

Lidl is due to start trading the next day.