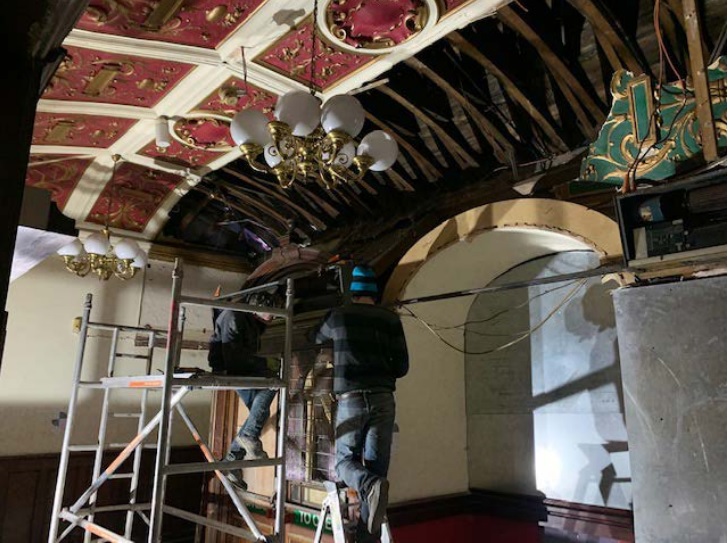 The new owner of the Hippodrome has submitted their first planning application, asking for the go-ahead to build a protective new fibreglass roof over it.

Matsim Properties bought the Grade II* theatre in September last year, vowing to restore and find a long term use for it.

It is now asking for planning permission to take out corroded parts of the existing roof structure, and put a new domed roof over it.

It says this will stop water leaking into the auditorium’s ornate plaster ceiling – and provide more space to restore and then maintain it.

It also says it intends to turn its entrance lobby into a consultation space to show the public more of its plans as they progress. 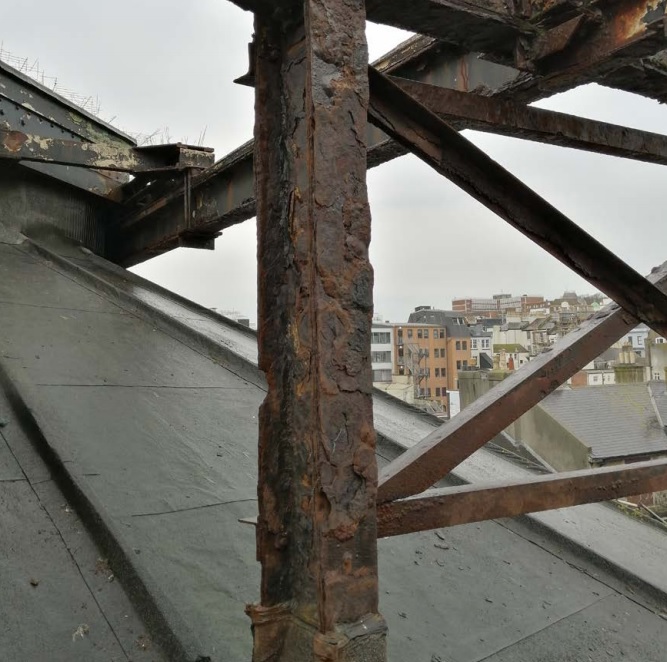 The application’s report, written by Lomax Architecture, says: “The current roof structure has two main issues: Firstly, it leaks and this water ingress is helping to destroy the integrity of the internal fibrous plasterwork.

“Secondly, the hessian that is used in the backing and wadding to retain the ceiling plaster was originally of poor quality and over time has deteriorated significantly to the point that it has now lost a lot of its strength.

“The water ingress through the roof structure is linked to numerous structural penetrations that once supported a rolling roof light designed and constructed during the buildings period of 1915-1916.

“Its use as a retractable opening was abandoned shortly after its construction. However, the structure that remained has corroded over the decades making it impossible to prevent water ingress down through the roof’s structure.

“Compounded by the water ingress, the added weight of the water logged plaster on the hessian has meant that a substantial section of the plasterwork has already collapsed and without the proposed immediate repair work, the building is in danger of losing further sections of the heritage plasterwork.”

The fibreglass material would look like lead, and include a vertical section and a doorway to give easier access to the structure beneath.

It would not be visible from street level.

Meanwhile, the lobby’s original Frank Matcham-designed ceiling is being restored, with new ceiling panels in the original style being made to replace those beyond repair.

The report says: “It is hoped that any future public consultations will be conducted in this space, enabling the residents of Brighton and Hove to understand the work that has already been achieved, to appreciate the amazing domed space beyond and to get a clear understand of the clients future vision for the building.”

However, the proposed works are not proving popular with one neighbour, who has commented on the plans asking for a break from building work.

The neighbour, whose name has been redacted, said: “After two to three years of constant building work and scaffolding going up and down in this immediate area I think the residents need a break and not a summer of more noise.

“Some of us back onto the Hippodrome and any one working will have a direct view into properties and interfere with any enjoyment of outside space just as the weather will hopefully be kind to us after the lockdown ends.

“I think after a year of lockdowns we all need to be left alone to enjoy what peace we can get.”