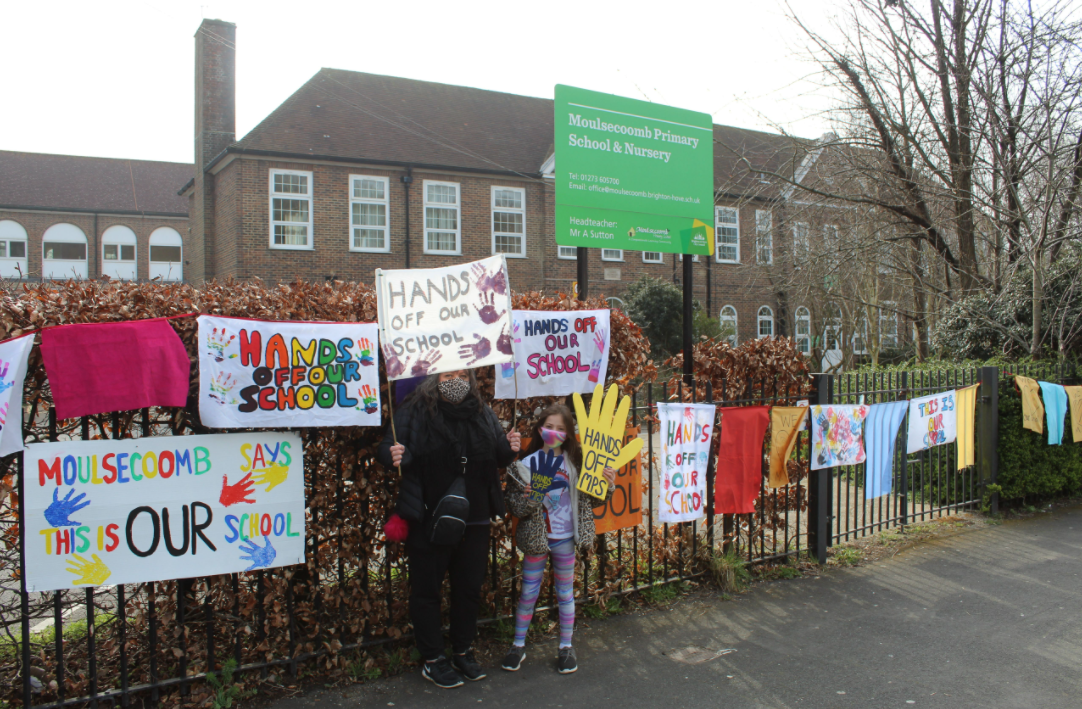 Moulsecoomb Primary School is to be taken over by an academy chain where one of the Ofsted inspectors who originally failed it works as a director.

Timothy Rome was one of three inspectors who said the school was inadequate in April 2019 – a judgment which led to the government issuing an order forcing it to become an academy.

Today, Pioneer was named as the trust that will take over the school, despite huge opposition from parents, unions and councillors.

She said: “The fight to prevent the forced academisation of Moulsecoomb Primary is far from over. This latest announcement only confirms how out of touch government decision-makers are with the needs of the community and the clear, vocal and evidenced wishes of the school, staff and pupils.

“Moulsecoomb Primary is a community school, well rooted in the local area and with a strong understanding of local need. The school works hard to address disadvantage and support vulnerable pupils – work Ofsted has commended.

“In stark contrast, the Pioneer Trust’s ‘vision statement’ makes no real mention of addressing disadvantage. It runs 11 schools on a ‘top down’ basis, none of which are based in the local area.

“Moulsecoomb Primary already has the staff, community, council, union and parent support it needs to keep going from strength to strength – something the Pioneer Trust will never be able to match. We will keep fighting this decision all the way.”

Labour councillors also reacted with anger and disappointment to the news that the regional schools commissioner’s office had appointed the Pioneer Academy Trust as the new academy sponsor for Moulsecoomb Primary School.

Labour said that the decision flew in the face of the local community who have been vocal and clear that they do not want or need their school being forced to become an academy. 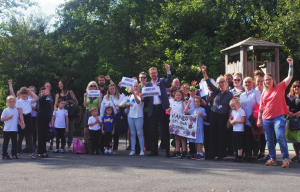 The party said: “Ofsted’s recent visit to the school marked Moulsecoomb Primary’s second very positive monitoring report in as many years, demonstrating that the school is already improving and working effectively with parents, carers, the community and the council towards becoming a ‘good’ school.

“Labour also note with serious concern the seeming unsuitability of the Pioneer Academy Trust as a sponsor.

“Not only will this decision pull Moulsecoomb Primary out of the Brighton and Hove family of schools, with the nearest Pioneer Academy Trust school being 27 miles away, but a regional director of schools for Pioneer – Timothy Rowe – was one of the Ofsted inspectors who judged the school as ‘inadequate’ back in April 2019.

“Labour are also concerned about the overall record of academies that are imposed on disadvantaged communities.

“Labour point to the recent Sutton Trust report that damningly found two in three academy chains are failing pupils from disadvantaged backgrounds and 38 of the 58 academy chains performed below the national average for all state schools.” 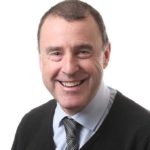 Councillor John Allcock, who speaks for Labour on children and young people, said: “I am bitterly disappointed at the news today facing Moulsecoomb Primary School.

“Again and again the local community has told the government that they do not want or need their improving school to be forced into academisation.

“Today’s announcement that the Tory government want to hand our school over to Pioneer Academy Trust, against the expressed will of parents, carers, teachers, staff, unions and the community at large is a real blow.

“But we will keep up the fight. The community has come together to fight off academy trusts before and will do so again – and they will do so with Labour’s full backing and support.

“Labour will continue to stand with the community and say with one voice: Hands off Moulsecoomb Primary School.”