A chip shop owner who wants to open his business until 5am at weekends said that hardly anyone goes to the area.

Abbanoub Salama also wants to serve takeaways until 3am on weekdays to attract more customers to his premises – Fish and Chips – in Preston Street, Brighton.

A report to the panel said that Preston Street was in the area that the council had designated a “cumulative impact zone” where there was a saturation of licensed premises.

The police operate extra patrols in the area to tackle drink-related crime and anti-social behaviour linked with the night-time economy there.

Mr Salama said in his application that Sussex Police’s concerns that the area was “saturated” with licensed businesses was not true because most closed at midnight.

But police licensing officer Mark Thorogood said that Preston Street was “unique” in the city for its high concentration of licensed businesses as 42 of the 57 businesses in the street were licensed. And 10 of these businesses could trade after midnight.

He told the licensing panel that, in 2019, the area had issues with violent crime and drug-related issues between 10pm and 4am.

Mr Thorogood said: “As this application is for takeaway after midnight, as well as crime and disorder, we have concerns related to public nuisance.

“With this location being across the road from the beach and between green space areas such as Regency Square and Bedford Square, we believe customers will be attracted to these areas to sit and consume the food rather than heading home from bars and clubs.

“This is likely to impact on residents in regards to noise as well as causing litter.”

Sussex Police was also concerned about deliveries resulting in an increasing number of vehicles using the street.

Mr Thorogood said that the area was not “dead” as suggested by Mr Salama but regularly patrolled by Sussex Police as part of Operation Marble, targeting busy areas at the weekend.

Council licensing officer Donna Lynsdale said that Mr Salama had not shown any exceptional circumstances to justify late-night opening, which was against council policy for the area. 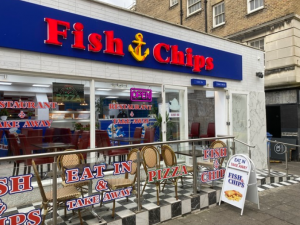 Mr Salama said that the number of people walking in Preston Street had dropped over the past 15 years.

He said: “Even before the pandemic, after midnight, the whole street is dead. Yes, I appreciate the police concerns, but after midnight the number of people walking in that street is low, and it has been like that for 15 to 20 years.”

Mr Salama shared an image showing the number of restaurants closing in the street before the pandemic and said that businesses were struggling.

He told the licensing panel that his takeaway served people quickly and efficiently so that there were no issues with people becoming agitated while they waited.