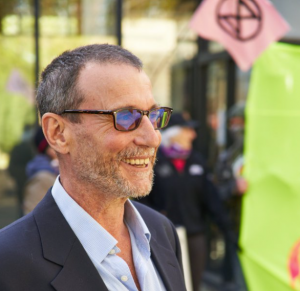 A court has cleared a management consultant from Brighton of a charge of aggravated trespass after a protest at an oil drilling site.

Lindsay Parkin, 56, of North Road, Brighton, was acquitted of the charge by a district judge after he and a fellow Extinction Rebellion activist occupied the rig in Surrey last year.

The district judge questioned the reliability of a prosecution witness in a hearing at Staines Magistrates’ Court.

Parkin was arrested, along with Alistair Sandell, 53, a horticulturalist, of North Row, Uckfield, after they scaled the rig at the Horse Hill site, near Horley.

The pair climbed to a platform about 50ft up the rig where they unfurled a banner saying “No more oil” in the early hours of Saturday 10 October.

They spent 12 hours on the platform of the oil rig which is more than 100ft tall and operated by UK Oil and Gas (UKOG) rig.

After his acquittal on Thursday (22 April), Parkin said: “We occupied the rig to highlight its presence in that beautiful place and the harm it is doing.

“This message was widely spread and created the interest that it should, which was our sole purpose in this action.”

At a previous hearing, Sandell admitted aggravated trespass. He was fined £268 and ordered to pay £84 costs and a £34 victim surcharge, £386 in total.

An #ExtinctionRebellion activist, charged with aggravated trespass after occupying a UK Oil & Gas #UKOG Surrey oil rig at #HorseHill in October 2020, has been acquitted after the judge questioned the reliability of the prosecution witness.
There’s #NoFutureInFossilFuels 1/2 pic.twitter.com/HRJ2tSw3Yw

At a separate hearing at the High Court on Friday 16 April the scope of an interim injunction obtained by UKOG was scaled back.

And criminal charges against four other protesters were dropped after their arrests at Horse Hill for breaching the terms of the injunction. 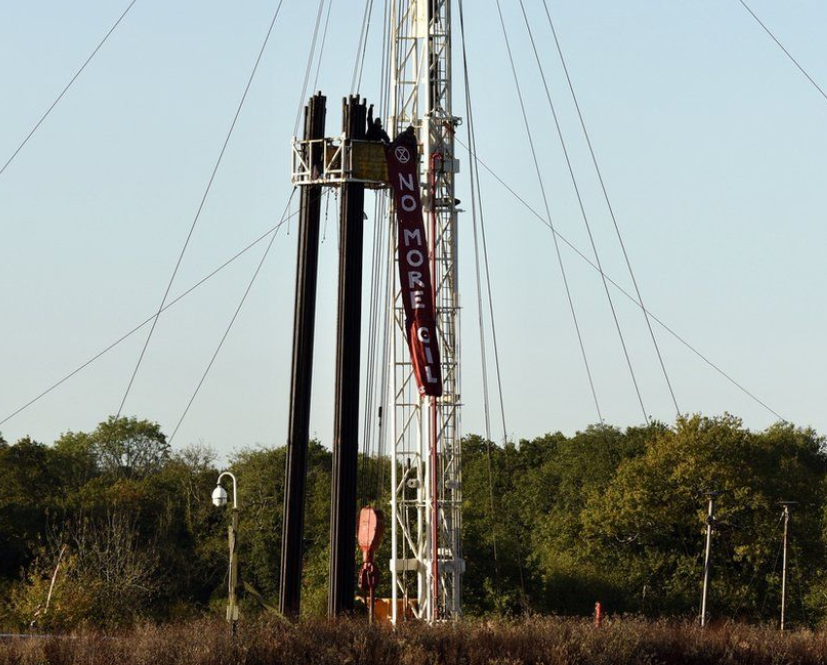