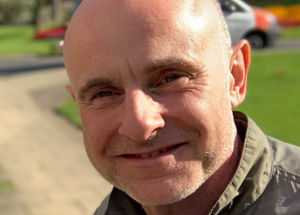 BBC Sussex radio presenter Dom Busby has died at the age of 53 after a short illness, the broadcaster said today (Tuesday 10 June).

Colleagues paid tribute as did the former Sussex cricket coach Jason “Dizzy” Gillespie who was based at the County Ground in Hove from 2018 until last year.

The BBC said that Busby worked for the corporation for more than 30 years at a number of local radio stations as well as BBC Sport and BBC Radio 5 Live.

The broadcaster added: “Friends and colleagues on social media have praised his positive nature, generosity and kindness.”

Radio sports news editor Colin Patterson said: “Dom was a great broadcaster and a brilliant man. He loved sport and radio so had the perfect job.

“You could hear the excitement in his voice when he was reading the sports news on air. He had a long and successful career at the BBC – 30 years at many of our local radio stations, and for the past 10 of those years he also worked for BBC Sport.

“He will be much missed by his colleagues and listeners to BBC radio. Our thoughts are with his family at this terrible time.”

He added: “He started his career here in 1988 and has been part of our radio family ever since. His energy in the newsroom and his passion for radio were infectious.

“We will be forever grateful for his unique talents, his special voice and the connection he had with listeners.”

Sad news to hear than Dom Busby has passed away. A lovely man- my condolences to Dom’s family, friends and colleagues.#RIPDomBusby