Two schoolgirls have been charged after a 46-year-old man suffered serious head injuries when he was attacked in Brighton yesterday (Thursday 16 September). 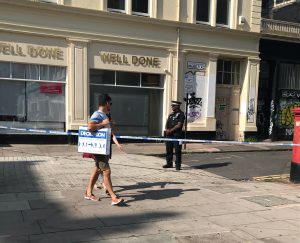 The crime scene at Castle Square in Brighton

The girls – a 15-year-old and a 16-year-old – were charged with wounding and assault causing grievous bodily harm (GBH) with intent.

The force said: “Two girls, who cannot be named for legal reasons, have been charged in relation to an assault in Castle Square, Brighton, on Thursday 16 September.

“The girls, aged 15 and 16, were charged with wounding/inflicting grievous bodily harm with intent.

“The 16-year-old girl was also charged with assaulting a police officer.

“They appeared before Brighton Magistrates’ Court on Friday 17 September and have been remanded in custody to appear before the court again on Friday 24 September.

“A third girl arrested in connection with the assault has been released on conditional bail while inquiries continue.”

A 999 call was made at 5.55am yesterday and Sussex Police said: “Officers located three suspects near by who matched descriptions given by witnesses and shortly after arrested all three on suspicion of causing grievous bodily harm.

“The victim, a 46-year-old local man, was taken to the Royal Sussex County Hospital by the ambulance service with serious head injuries.”

In an email to councillors yesterday, Old Steine resident and business boss Gary Farmer said: “Today we have a crime scene around the future location of the proposed (council) £2.7 million hostel overlooking the Pavilion.

“Please remember that this proposed development for vulnerable adults with addiction problems (alcohol/drugs) is next door to a 24-hour off licence (Well Done) which has been warned on several occasions of selling alcohol to drunk and vulnerable adults who converge around Old Steine. 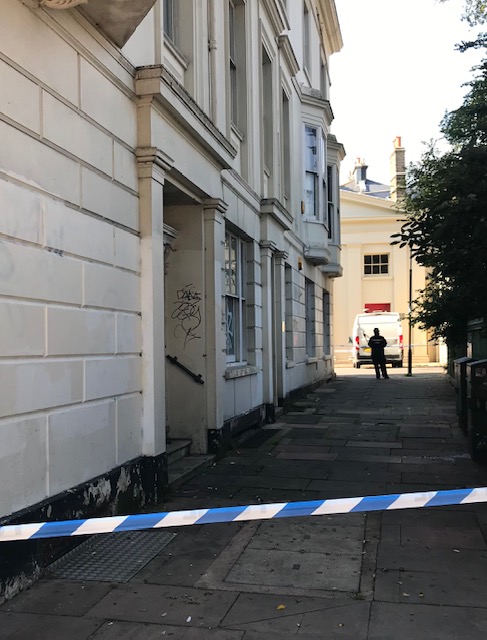 “This is not the place to build a hostel at £245,000 a room in an area that has high levels of crime, anti-social behaviour, easy access to drugs and alcohol and which is next to a listed national historic palace.

“Old Steine this afternoon had a disturbed man with a sleeping bag screaming at passers-by while throwing stale bread at seagulls, not to mention the café having its windows smashed this week overnight.

“Walking the dog this morning in the early hours I was offered drugs by two men, approached by a beggar for money, sworn at, saw a man urinate in the bushes, watched four drunks in the (dry) fountain drinking and found a used BBQ and burnt grass … Lovely.

“I am not making this up. This is life on Old Steine as witnessed by a ‘local’.”