A seafront venue is applying for a new alcohol licence after its previous one lapsed.

But the Brighton Zip faces objections from Sussex Police and Brighton and Hove City Council licensing department because it wants to sell drinks without food.

The zipwire operator’s previous licence had “restaurant conditions”, which required people buying drinks to have food too.

Under “café conditions”, alcohol must be available at the venue, at Dalton’s Bastion, in Madeira Drive, but is not required if people want to buy a drink from the bar.

The premises licence lapsed when the current owner Madeira Leisure took over the business from the former owner Happyvale.

The application for a new licence is due to be decided by a licensing panel made up of three councillors on Thursday 2 December.

Last month and early this month, the Zip relied on temporary licences to sell drink over four weekends.

And it operated with “café conditions” for three of those weekends after the company’s solicitor Niall McCann asked a council licensing panel to give the company the chance to prove itself.

Now the operator has applied for a new licence to allow alcohol sales daily from noon to 11pm from the start of April to the end of September.

It also wants its licence to run from noon to 11pm from Thursday to Saturday and from noon to 10pm from Sunday to Wednesday for the rest of the year.

But the 11pm cut-off is an hour later than the council’s licensing policy allows under “café conditions”.

As well as objections from the police and council licensing department, seven people have sent emails or letters in support of the application.

Inspector Michelle Palmer-Harris, from Sussex Police, said that officers had found alcohol being sold without food during checks in August, in breach of the venue’s previous licensing conditions. 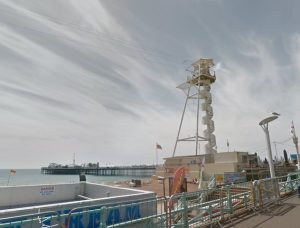 She said: “Customers had been able to purchase alcohol at the bar without purchasing food. Current signage surrounding this was also not on display. It was also noted in August 2021 that persons were queuing for alcohol and not food.

“A further concern Sussex Police has regarding this premises operating as a café is the perception of this premises all leads to a bar. The premises is called Zip Bar and Kitchen. They offer a fully stocked bar.”

Inspector Palmer-Harris said that having alcohol with a meal reduced the risk of people becoming intoxicated.

The Zip is in an area designated a “cumulative impact zone” where council policy restricts new licences to reduce drink-related crime and disorder and public nuisance.

A letter of support, with the writer’s details redacted by the council on its website, said: “The site is a safe and encouraging environment and since its creation has made this stretch of seafront feel much safer.

“There are many food providers on the seafront, most of which have a bar direct to the beach, and I see no reason at all why the Zip should be treated any differently.”

Another letter, also with the writer’s details redacted, said: “The renewed Brighton Zip has brought a new demographic of clientele to the east of the pier, especially locals who are looking for some better-quality establishments on the seafront.

“This has directly benefited us as a business by creating a more prominent destination for people to go to.”

In July, Brighton Zip applied to extend the temporary planning permission for the food court area until January 2025, with a decision due by the end of the year.

The licensing panel hearing is due to start at 1.30pm on Thursday 2 December. The virtual hearing is scheduled to be webcast on the council’s website.