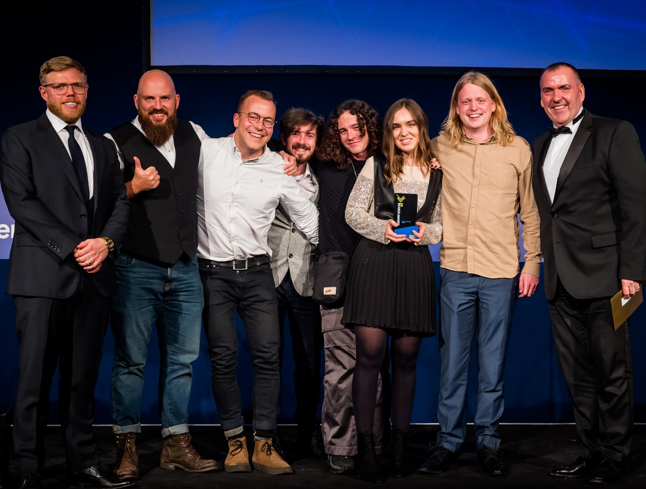 SEOMG, was crowned Best Small SEO Agency at the UK Search Awards, picking up the prize at the Park Plaza Hotel, by Westminster Bridge, in London.

The company said on it website: “We can help you get found. Even the largest and best-known companies in the world come up against fierce competition for search rankings, often losing out to competitors for clicks and customers.”

SEOMG was commended by the award judges for its focus on staff wellbeing and a good work-life balance, with a four-day working week and optional paid overtime.

The judges also noted that the agency was founded as the covid pandemic and subsequent lockdowns and restrictions prompted many businesses to halt or scrap much of their scheduled work.

But SEOMG manged to grow during an extremely tough period and said that it was able to take on and develop a fully fledged team.

The judges recognised the company’s belief in introducing new talent into the industry rather than recruiting from an ever-narrowing pool of senior SEOs.

The approach meant setting up a comprehensive training programme which was used to bring four interns up to speed from scratch after they were hired at the start of this year.

The company, which is based at the Palmeira Square end of Western Road, said: “These team members have now successfully been moved to permanent contracts and kickstarted their careers in SEO.”

After picking up the award last week, SEO consultant and SEOMG founder Luke Smith said: “We are immensely proud and grateful for this acknowledgment from a panel of 60-plus industry leaders and experts.

“Winning such a prestigious award is a testament to all the hard work the team has put in and our amazing clients who have helped us get here in such a short space of time.”

The company said that it was expanding its “product offering” into areas such as digital public relations (PR) and user experience (UX) as well as growing the team and its client base further.

The Best Small SEO Agency category was described as a “recognition of an outstanding small SEO agency with up to 25 staff that demonstrates consistently great understanding and use of SEO.”

The awards ceremony was hosted by comedian Rob Beckett, from 8 out of 10 Cats, and narrated by the voice of Big Brother, Marcus Bentley.