Dozens of flats planned on site of Hove workshop

A developer plans to build offices and dozens of flats in place of a workshop building off one of the busiest roads in Hove.

Martin Homes has submitted a planning application to Brighton and Hove City Council to revamp the plot behind 303-305 Portland Road, close to the bottom of Olive Road.

The company wants to knock down one of the Saxon Works buildings, currently used as a metal workshop, as well as a building used for marketing the new Martello Lofts flats.

It plans to build a three-storey commercial building suitable for use as offices or shops or even a café or restaurant.

And behind, the developer plans to put up a five-storey block of 33 flats, with basement parking for 24 cars, and a cycle store.

Martin Homes said: “No affordable housing is proposed as part of this development.”

Council policy for a scheme of this size would usually mean 40 per cent of the homes – or 13 of them – would be classed as “affordable”, with cheaper rents or a shared ownership option.

But the company said that its “viability appraisal sets out a fully costed justification as to why the policy target of 40 per cent affordable housing cannot be delivered on site”.

It added: “The provision of affordable housing, on or off site, including financial contributions, would render the scheme undeliverable.”

But the company is likely to be liable to make a community infrastructure levy payment of more than £340,000.

Martin Homes has been adding a floor to the neighbouring Martello Lofts, formerly the local VAT office for Customs and Excise, which became Revenue and Customs before the offices were turned into flats, although work on the scheme has stopped.

And last year councillors rejected a £25 million scheme to build two blocks of flats, one of them four storeys high. The plans involved knocking down six homes – 295-305 Portland Road – by the corner Olive Road and replace them with 47 flats.

Martin Homes said: “This is a totally new scheme. It will retain the housing at the front and the new building will be behind.”

But the latest scheme has already attracted objections from neighbours, including Christopher Sharpe, who said that he was “a resident of Martello Lofts, the development that Martin Homes has left half-finished and abandoned”. 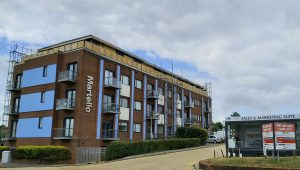 Mr Sharpe said: “A promised lift has not materialised for over three years, leaving elderly residents and families with babies and children to use the stairs.

“It would behove Martin Homes to finish this project before embarking on one next door.

“Who knows whether, when they receive planning permission, that they don’t repeat their appallingly poor performance.

“Finally, not one resident knew that penthouses were planned until all the existing flats had been purchased.

“In fact, we felt we were tricked. Please do consider the 28 flats here before you go ahead.”

Another neighbour said: “There has already being a planning application rejected for a similar type of project at this exact location.

“This is due to the fact that the traffic flow on Portland Road, in particular at the (junction of) Olive Road would be unsustainable.” 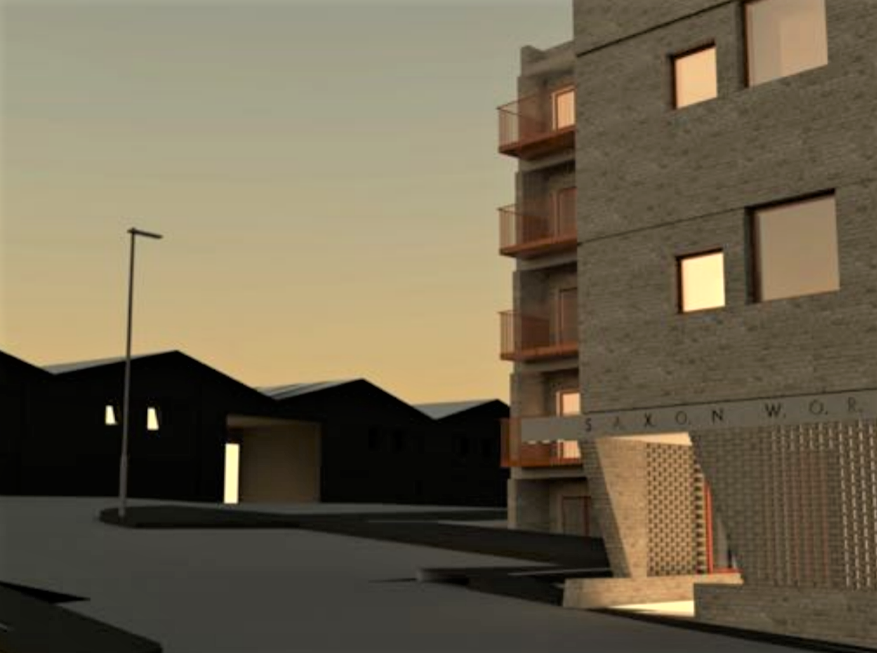 A visualisation of the proposed block of flats

The neighbour highlighted traffic levels at peak times and added: “More concern needs to be taken on the completion of Martello House that has yet to be finished and has become unsightly before any further unrealistic planning applications be made.”

And a third neighbour said: “The development will add far more traffic to the area.”

The neighbour, whose name was redacted by the council, said that parking pressure would increase and added: “The design is poorly conceived.

“The height of Martello Lofts will be exceeded by this development, making it far higher than anything in the surrounding area – completely out of keeping and scale with the area.

“From an overdevelopment perspective, this is a re-zoning of commercial land for primarily residential use.

“The neighbouring development has yet to be completed or fully occupied, implying there is not the desire for such scale of development in the area.”