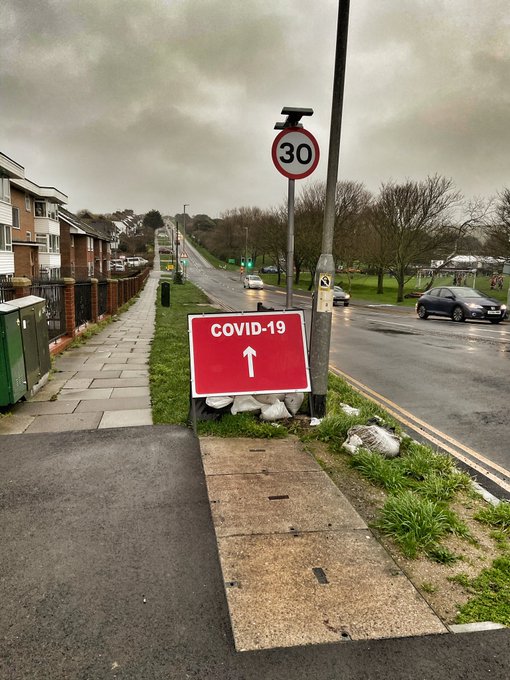 A case of the new covid variant Omicron has been confirmed in Brighton and Hove.

The city’s director of public health Alistair Hill said this afternoon that the city council has been notified by the UK’s Health Security Agency of the case.

Across the UK, a further 101 confirmed cases of the variant have been reported bringing the total number of UK cases to 437.

The new variant is believed to be much more infectious than previous ones. Although it’s not clear whether it causes a more or less severe disease, it’s feared the sheer numbers of cases could put overwhelming pressure on the NHS.

Alistair Hill, Director of Public Health at Brighton & Hove City Council, said: “We recognise this may be a worrying time for residents. We’d like to reassure you that UKHSA has identified all close contacts and they are isolating.

“We can’t comment on any individual details of the case.

“Whatever the variant, it’s more important than ever that everyone follows public health advice to slow the spread of infection and keep each other safe.

“Please get vaccinated as soon as you are invited, wear a face covering in crowded or enclosed places, and crucially if you have any symptoms you must isolate immediately and get a PCR test.

“Ahead of social events and meeting people, please take a lateral flow test, and meet outdoors if possible or open a window to let fresh air in.”

Earlier today, Downing Street said it is still unclear how severe the disease caused by Omicron is or the impact vaccines have on it.

The Prime Minister’s official spokesman said: “At this stage it is too early to tell, it remains the case that we don’t have that data through.”

He acknowledged that how severe the disease is will impact how much damage will be caused by the feared increased transmissibility of the strain.

“Depending on the level of severity, depends on what knock-on impact that increase in transmissibility adds,” he said.

“We do have further measures already set out through Plan B, which we can move to should they be required, it’s too early to say at this stage and we will continue to study the data.

“We are able to move relatively swiftly.”