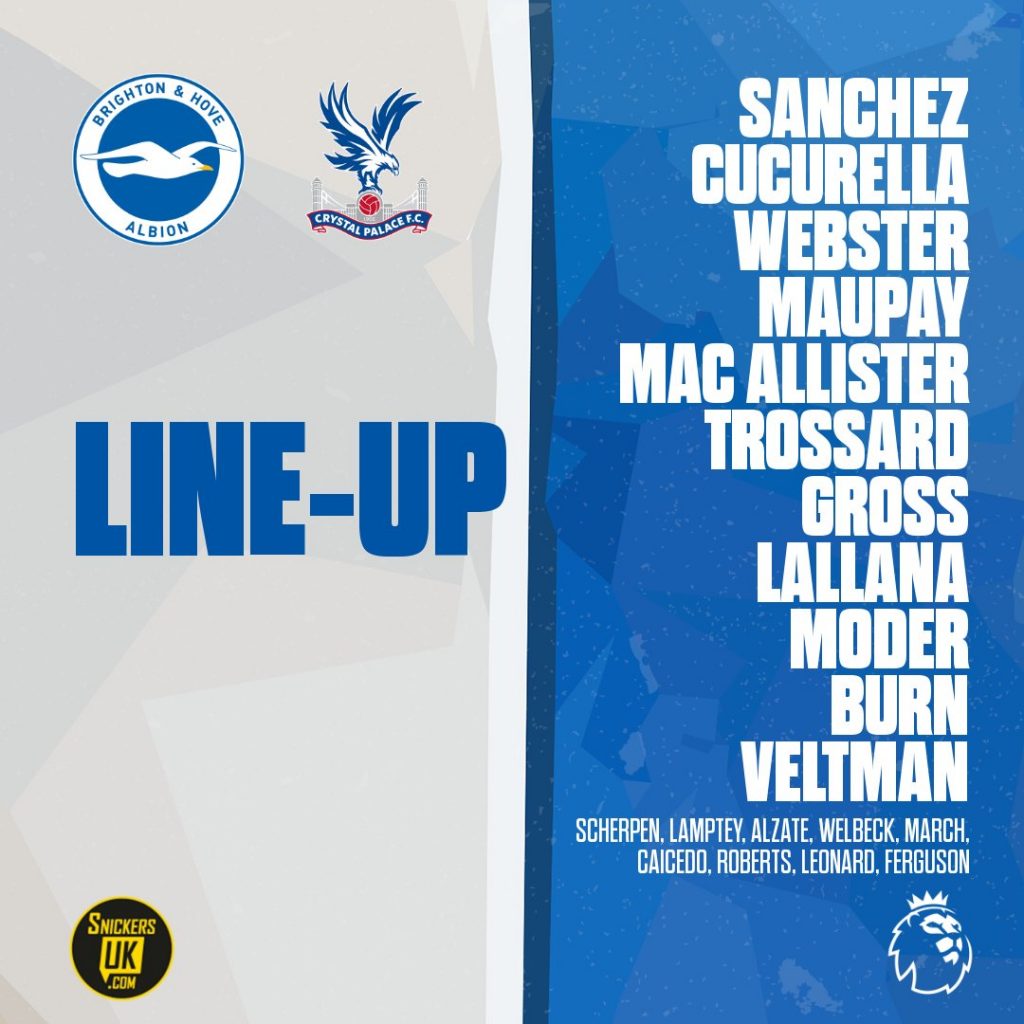 Adam Lallana is restored to Albion’s starting line for the Premier League derby with Crystal Palace.

Neal Maupay is up front, with Danny Welbeck again warming the bench along with Tariq Lamptey.

When the two sides met at Selhurst Park in September, Maupay snatched a late equaliser, and Brighton boss Graham Potter said that it would live long in the memory.

He said: “You could see the feeling from our supporters there. It was only a 1-1 but it felt like a really significant moment. It felt like a big moment.”

Potter is hoping to notch up his first win against the old foe since taking charge at Brighton.

His side will still be without skipper Lewis Dunk, who has a knee injury, and Enock Mwepu, who has hamstring trouble.

Yves Bissouma is on international duty but Adam Webster is fit again and back in defence in the starting line up.

The Ecuador midfielder Moises Caicedo is in the squad but on the bench, having been recalled from his loan spell with Belgian club Beerschot.

Australian referee Jarrad Gillett was due to take charge of the match this evening but he has been replaced by Rob Jones who refereed Brighton’s 3rd round FA Cup victory over West Bromwich Albion last weekend.