Lord Bassam of Brighton has urged the disgraced IT firm Fujitsu to pay towards compensation for hundreds of wrongly convicted sub-postmasters some of whom were jailed in Britain’s biggest miscarriage of justice.

So far, instead of paying compensation, Fujitsu has raked in billions of pounds from more public sector contracts, according to trade publisher Computer Weekly.

But, in the House of Lords, peers took aim at Fujitsu, which supplied the flawed Horizon computer software to the Post Office.

Lord Bassam, a member of Labour’s frontbench team in the Lords, said: “That company must be held responsible – and the government should make sure that is the case.”

Portslade post office boss Sami Sabet, 66, who runs the branch in Mill Lane, Portslade, as well as branches in Shoreham, was one of hundreds who were wrongly convicted while Fujitsu stayed silent.

Mr Sabet was given a 12-month suspended prison sentence in 2009 after being accused of stealing £50,000 from the Post Office by false accounting.

The money hadn’t been stolen. Shortfalls showed up as a result of accounting errors created by the faulty computer software – and Mr Sabet’s conviction was formally overturned in July last year.

Meanwhile, he ended up with £100,000 of debt from loans and on credit cards as he tried to pay back the money.

Mr Sabet repeatedly told the Post Office that he was not to blame – and that the shortfall was the fault of the defective Horizon IT system.

But the Post Office denied that the Fujitsu Horizon system could cause the shortfalls – and Fujitsu, despite knowing that this was not true, stayed silent.

The matter was raised in Parliament again on Monday (24 January) when Lord Arbuthnot of Edrom asked a question in the House of Lords.

Lord Arbuthnot, formerly the Conservative MP James Arbuthnot, asked whether the government’s £685 million compensation scheme would cover sub-postmasters who had been involved in legal action but not convicted or prosecuted.

Lord Arbuthnot told the Lords: “Fujitsu knew that it could – and did – alter the accounts of sub-postmasters without the knowledge of the sub-postmasters. 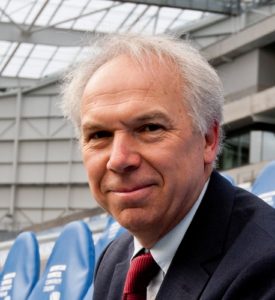 The 69-year-old peer, who has campaigned on behalf of the falsely accused sub-postmasters, said: “Is it not high time and beyond that Fujitsu began to become part of the solution rather than part of the problem?”

Lord Callanan, formerly the Conservative MEP (Member of the European Parliament) Martin Callanan, said: “We all have our suspicions about this and we all have our views – but the inquiry has been set up to provide us with definitive answers to questions such as the very good one that the noble lord has posed.”

Former Brighton and Hove Council leader Steve Bassam – now Lord Bassam – said: “It seems quite wrong to me that a company that knew what it was doing, knew that the kit was faulty and knew that mistakes were being made has not been involved in this case.

“They should be making payments to the government so that the government can fully compensate all those who have being wrongfully imprisoned, who have been charged within this scheme and who have suffered years of life-destroying consequences as a result of that.

“That company must be held responsible – and the government should make sure that is the case.” 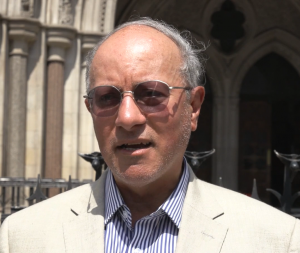 Lord Callanan said: “I very much hope that those who were judged responsible will be held accountable.

“But it is important to wait for the outcome of the independent public inquiry that has been launched and is proceeding before we apportion blame.”

He said that most of those whose convictions had already been overturned, like Mr Sabet, had already received interim compensation payments of £100,000.

When Mr Sabet emerged from the Court of Appeal last summer he said that he felt “incredible” and “vindicated”.

He said: “I cannot believe that this day has come. You couldn’t imagine the anguish I have suffered. There’s not a single minute of a single day that I didn’t go over this.” 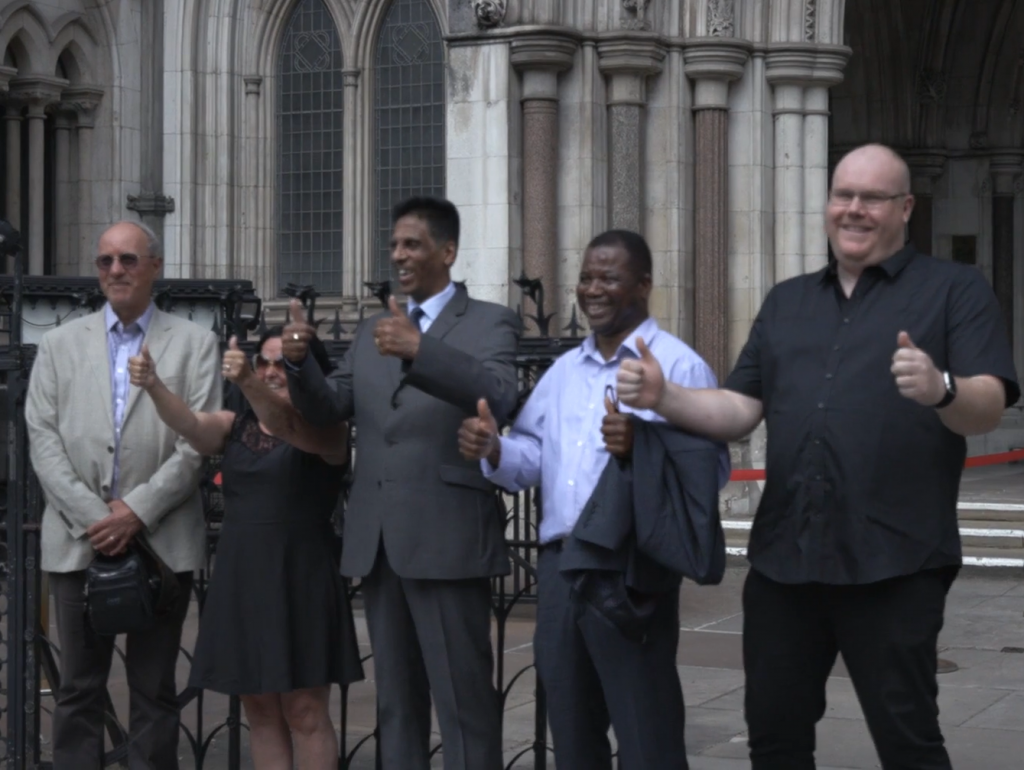 Mr Sabet spent more than 12 years trying to clear his name and said that, besides debt, he had suffered heartache and the ordeal had caused a catalogue of health issues.

The Post Office said that it accepted that the prosecution of Mr Sabet was both unfair and an affront to justice. To read the Court of Appeal judgment on the case of Mr Sabet and others, click here.

In Parliament, the Conservative peer Lord Grade of Yarmouth, formerly Michael Grade, asked: “I wonder if the government would remove Fujitsu from their preferred suppliers tendering for government contracts, pending (the public) inquiry’s result.”

Lord Callanan replied: “I do not know whether Fujitsu is still on the tender lists or is the subject of any government contracts but I will certainly find out and write to the noble lord on that.” 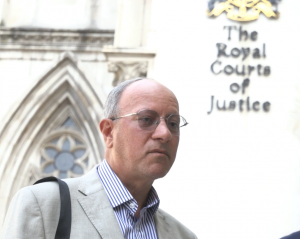 According to Computer Weekly, Fujitsu has been awarded contracts worth £3.1 billion by the British public sector since 2013.

The publisher said last May that Fujitsu had “so far avoided any adverse ramifications resulting from its role in the Post Office Horizon scandal … the biggest miscarriage of justice in UK history”.

The company had “wrecked the lives of sub-postmasters” who had “suffered unimaginable hardship triggered by IT faults the supplier hid from them”.

Fujitsu’s contracts include two with the Post Office, worth a total of £440 million, while sub-postmasters were jailed, bankrupted, suffered stress and ill-health and, in one case, committed suicide.