A football fan has been banned for assaulting a steward at the Amex Stadium when Palace match when Brighton and Hove Albion and Crystal Palace in january.

Connor Gill, 22, a plumber, of Waverley Crescent, Hollingdean, punched a steward in the face, Brighton Magistrates’ Court was told yesterday (Thursday 12 May).

The court was told that the former Dorothy Stringer pupil was drunk when he hit the steward and then ran away to try to escape.

He also had a bag of cocaine with him when he was arrested shortly afterwards.

As well as a three-year ban from any football match in England and Wales, the football club has banned Gill indefinitely from all Albion matches – home and away.

Sussex Police said: “A football fan has been given a banning order after he assaulted a steward at the end of a match at the Amex Community Stadium.

“Connor Gill had attended the fixture between Brighton and Hove Albion and Crystal Palace on Friday 14 January this year.

“He celebrated a goal at the end of the game, and then remained standing on his seat in the North Stand.

“When he was asked to stand down by stewards, he became abusive and refused. Stewards asked to see his match ticket and he refused. He then tried to exit the stadium but was stopped by a steward.

“Gill then punched the steward twice to the face before running from the concourse but he was then detained by police officers who arrested him on suspicion of assault.

“In custody, officers found the 22-year-old plumber in possession of a bag of cocaine and he was further arrested.

“Gill, of Waverley Crescent, Brighton, appeared before Brighton Magistrates’ Court on Thursday 12 May where he admitted assault and possession of a class A drug.

“He was sentenced to complete 40 hours of unpaid work and was ordered to pay a £96 victim surcharge and £85 court costs.

“The court also imposed a three-year ‘football banning order’ which prohibits him from attending any football matches held in England and Wales.

“This includes all games at the Amex Community Stadium and prohibits him from attending locations where Brighton and Hove Albion have fixtures.

“It also bans him from attending the England men’s football team games and restricts his ability to travel abroad when games are being held.” 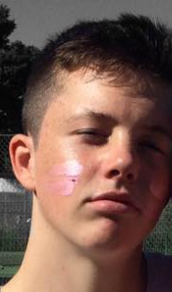 After the case, Sussex Police’s dedicated football officer PC Darren Balkham said: “Gill admitted being drunk when the incident happened and was also in possession of a class A drug.

“He carried out a nasty assault on match-day staff after being abusive to them, then tried to run away to avoid the consequences.

“While we appreciate emotions can run high during football fixtures, there is no place for this kind of violence in our beautiful game.

“This case demonstrates that we will prosecute when fans’ behaviour crosses the line.”

Brighton and Hove Albion said: “We welcome the verdict and thank Sussex Police and the court for their support in prosecuting the offender. This was an extremely serious offence and we take assault of our staff very seriously.

“We have always made very clear that we have a zero-tolerance policy towards the verbal or physical abuse or assault of the club’s staff and that we will take very strong action against anyone responsible for such behaviour.

“So in addition to the punishment handed down by the court, he will also face an indefinite ban from all home and away Brighton and Hove Albion fixtures.

“Thankfully, the member of our staff who was assaulted was not seriously injured and has made a full recovery.”