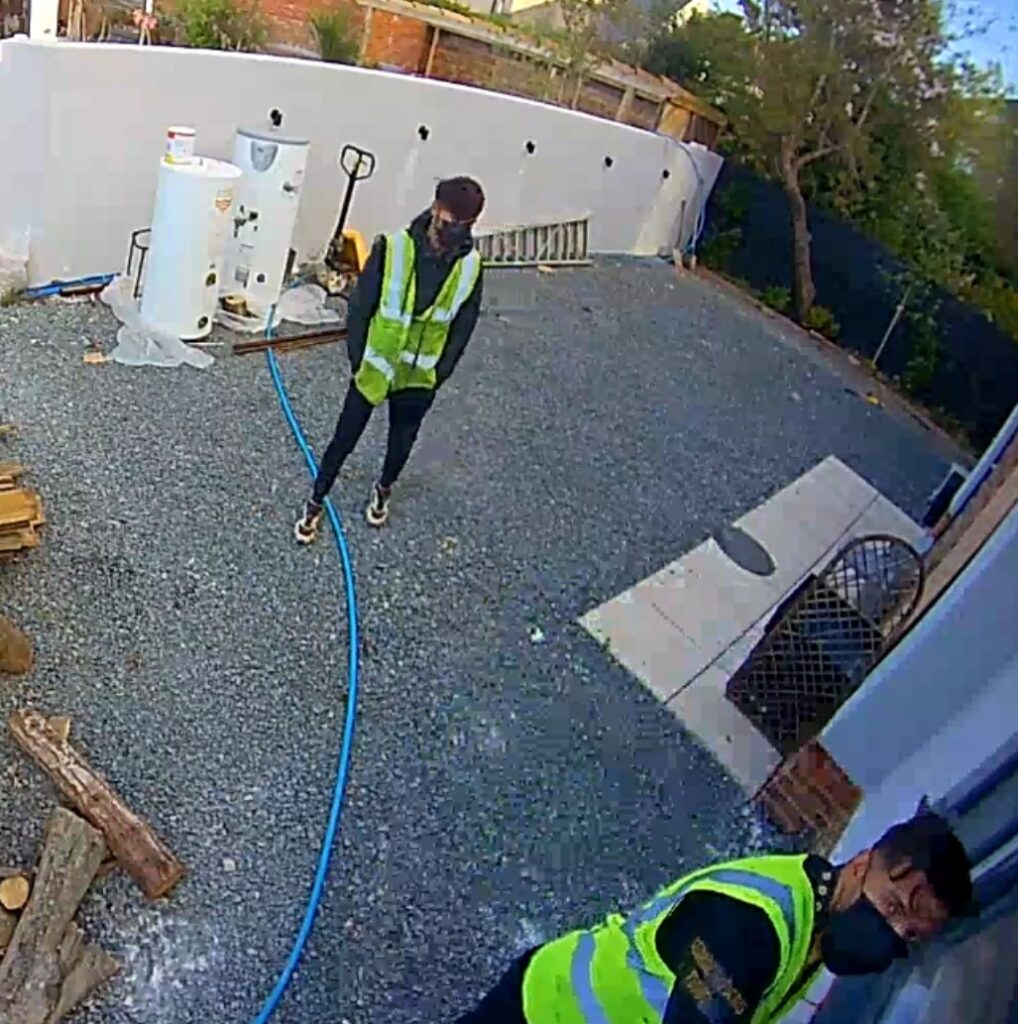 Two burglars were filmed by security cameras during a burglary in Southwick last month.

And now Sussex Police has published a picture of the pair – wearing face masks and high-vis vests – as they broke into a house.

The force has issued a public appeal for help to identify the men who made off with copper pipes and other building materials worth about £1,000.

Sussex Police said: “Police have released an image of two men they’d like to speak to as part of an ongoing investigation into a residential burglary in Southwick.

“Two men entered the rear garden of a property being developed in Southview Road on Tuesday 26 April at around 7.30am and took three bags full of building materials, the majority being copper pipes, before loading them into the back of a removal van and making off along Roman Way.

“The cost of these materials is estimated to be around £1,000.

“Both were described as white, of slim to medium build and have dark hair. They were both wearing dark clothing, trainers and yellow, high-visibility vests.

“Anyone who knows who they are or with any information about the incident is urged to contact police online, or via 101, quoting serial 293 of 26/04.”