Armed police and other officers have arrested four people on suspicion of taking part in “a brazen assault” in Western Road, Brighton, yesterday (Tuesday 24 May). 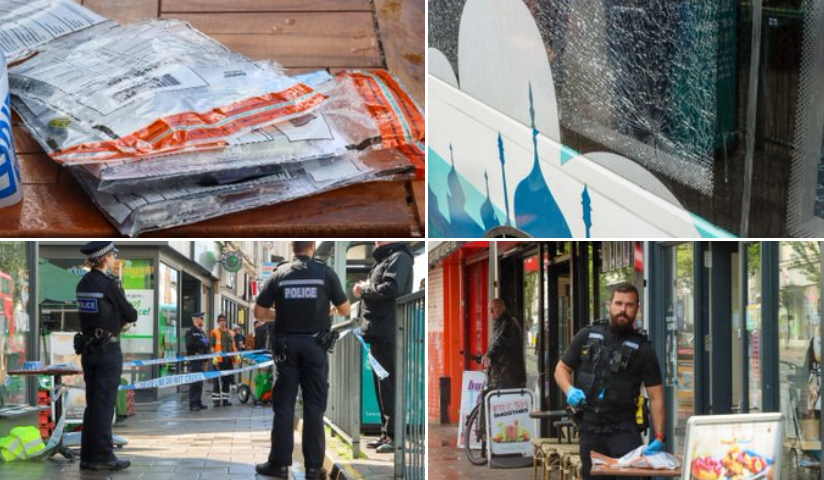 Sussex Police said this afternoon: “Police were called to Western Road at 2.20pm to reports of a fight between a group of people, some of whom were reported to be carrying weapons.

“Officers responded and after an extensive search found a man in Elm Grove who had suffered serious injuries. He was taken to hospital by the ambulance service.

“A search was launched for the suspects and two men – 53 and 29 years old and both from Brighton – were stopped by firearms officers in a vehicle and arrested on suspicion of causing grievous bodily harm (GBH) with intent.

“Two more suspects, 22-year-old and 21-year-old men from Brighton, were found in a local shop and arrested on suspicion of causing grievous bodily harm with intent.”

Chief Inspector Andy Westwood said: “This was a brazen assault in broad daylight in the busy city centre that received a swift response from our officers.

“Thanks to incredible teamwork shown by our response, neighbourhood policing and firearms teams, alongside the NPAS helicopter, we were able to quickly get four men into custody.

“This was an isolated incident with no wider threat to the public, which is being fully investigated.

“Anybody who witnessed the incident, or the events leading up to it, is asked to contact police online or by calling 101, quoting serial 775 of 24/05.”