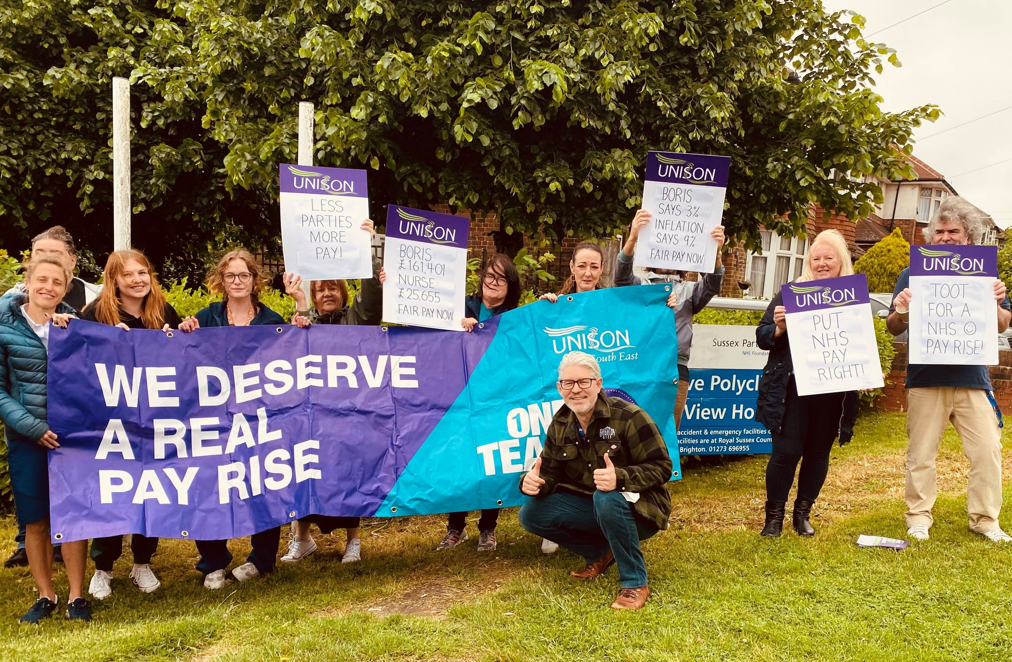 They gathered outside the hospital in a show of anger at the 3 per cent pay offer from the government – well below the rate of inflation.

Nick McMaster, local Unison branch secretary, said: “We are in the middle of a cost of living crisis but the government expect us to take a pay cut with inflation running at 9 per cent.

“The fact that NHS trusts around the country are starting to offer food banks for staff demonstrates how badly the government have let us down over pay.”

Mr McMaster said: “NHS staff are under enormous pressure at the moment.

“We kept things going during the pandemic but the government clearly thinks we’re worth next to nothing with their paltry pay offer.”