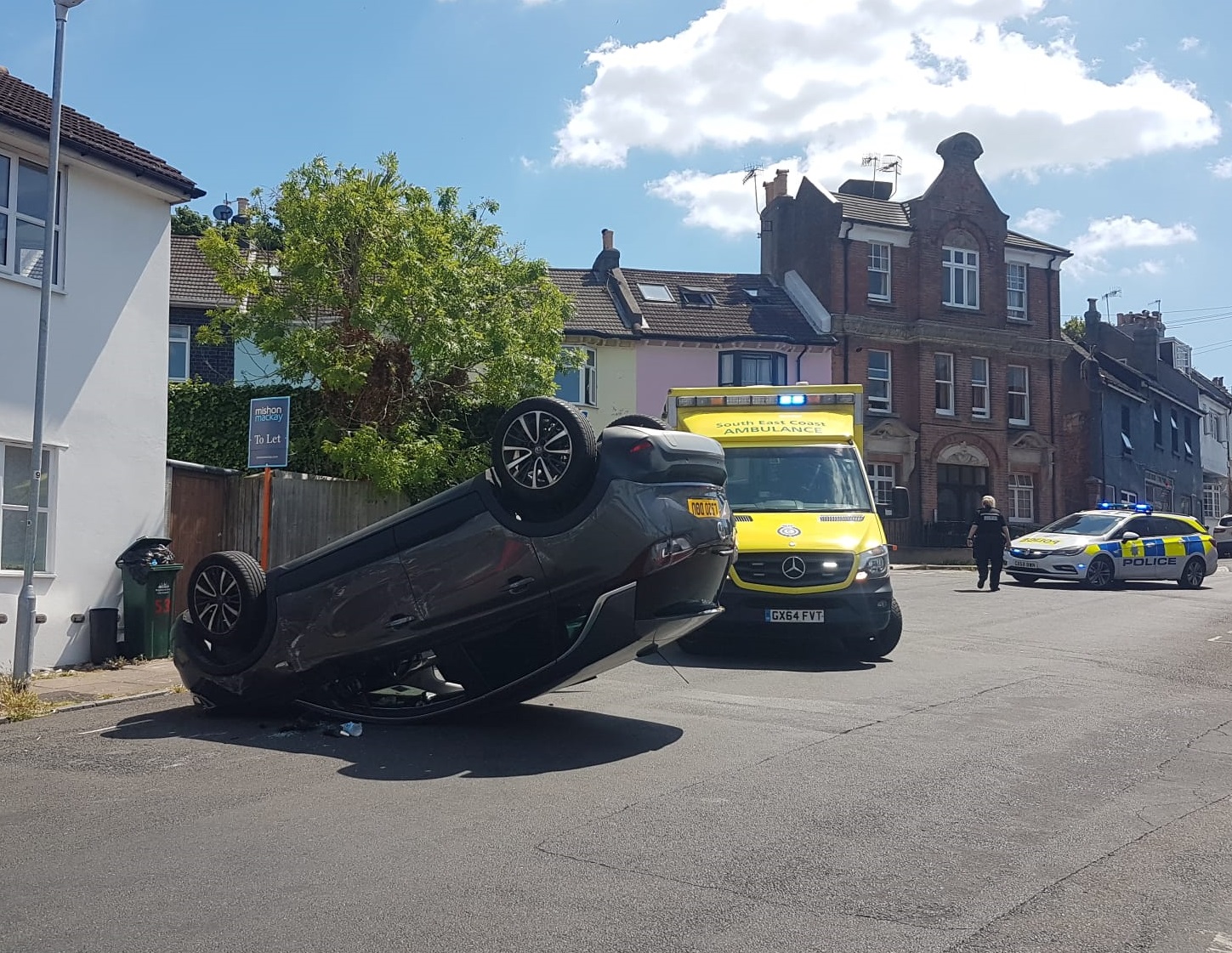 A driver walked away with little more than grazes after their car crashed with another and flipped in a Brighton street today.

The crash happened on Islingword Road at the junction of Islingword Street at about 12.45pm.

A spokesman for Sussex Police said: “A two-vehicle collision was reported at 12.47pm. No injuries were reported. Recovery was on scene as of 1.24pm.”

A spokesman for South East Coast Ambulance Service said there were no reports of major injuries and nobody was taken to hospital.

Under the current plans, which are being consulted on, motorised vehicles would not be able to use the road to cut through from Queens Park Road to Elm Grove.