‘Voices From The Sun’ as The Dualers play hot Brighton concert 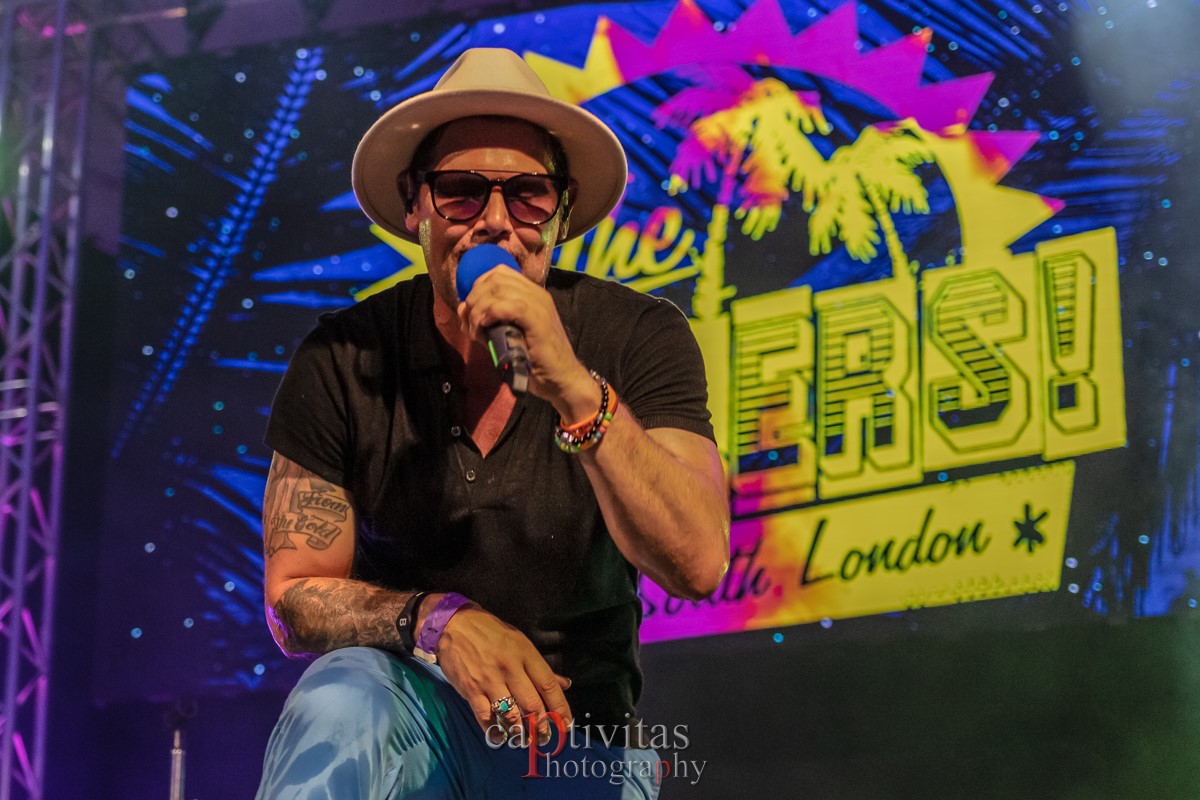 Wow what a night to be playing a gig! The temperature has been 30+ degrees and although the sun is starting to set, it doesn’t feel any cooler. Normally being inside a church has an air of calm and coolness – not tonight. And I am sure it is not going to be any cooler on stage either. 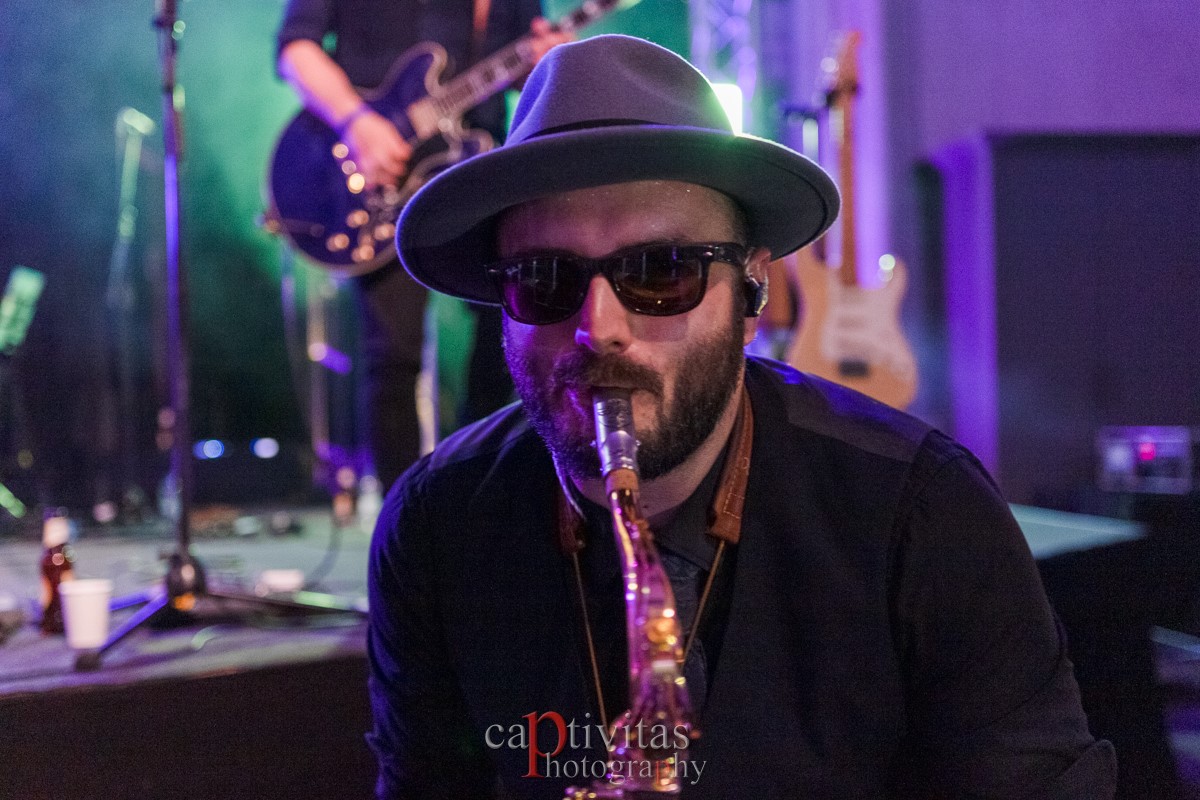 The Dualers are a 9 piece Ska and Reggae band from South East London. Their unique Jamaican style rhythm & blues sound teamed with their lively vibrant performances has seen the band consistently perform to sell-out crowds all over the UK, Europe and Asia. 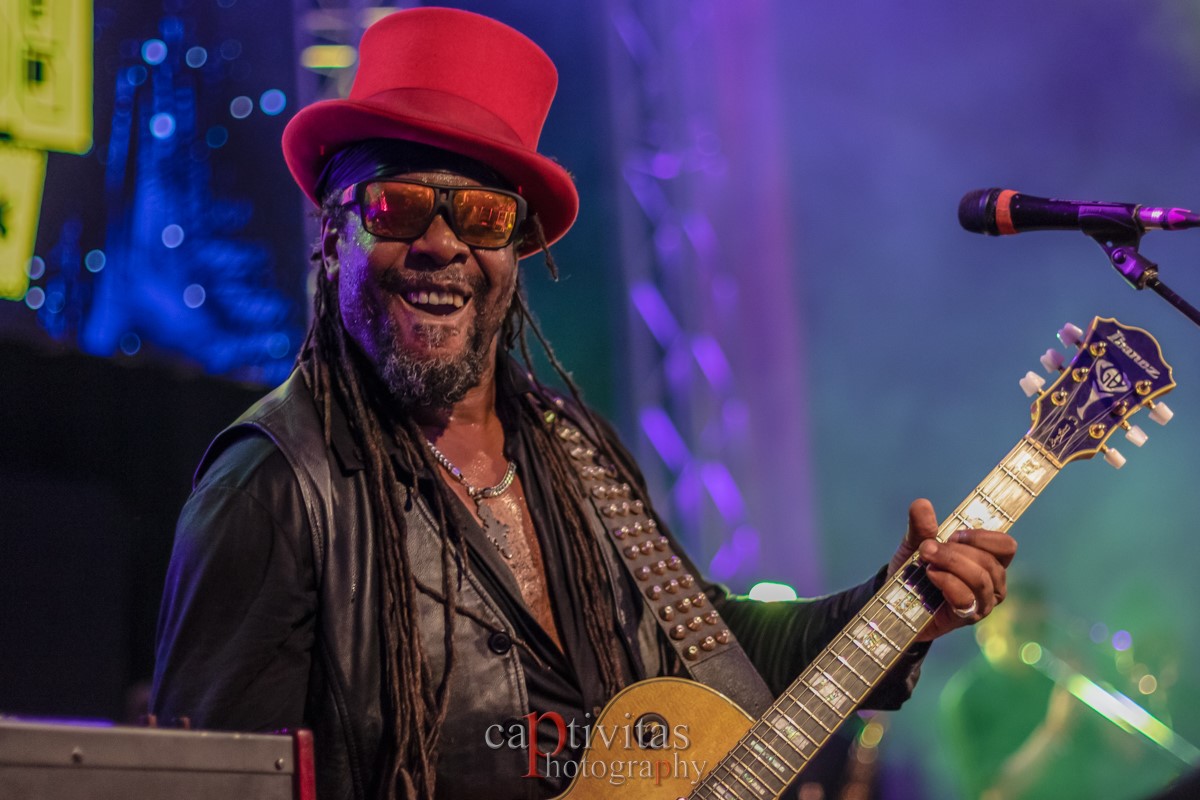 They first hit the headlines when the single ‘Kiss On The Lips’ entered in to the UK charts at No. 21 despite no industry or professional backing, the follow up single ‘Truly Madly’ featured in full on the Hollywood blockbuster ‘Fools Gold’, the success continued with a number of album releases, several top 40 chart singles and an ever increasing large worldwide fan base behind them. Supporting the likes of Madness they have also played their first Arena tour this year which saw the band headline Wembley Arena on 14th May. 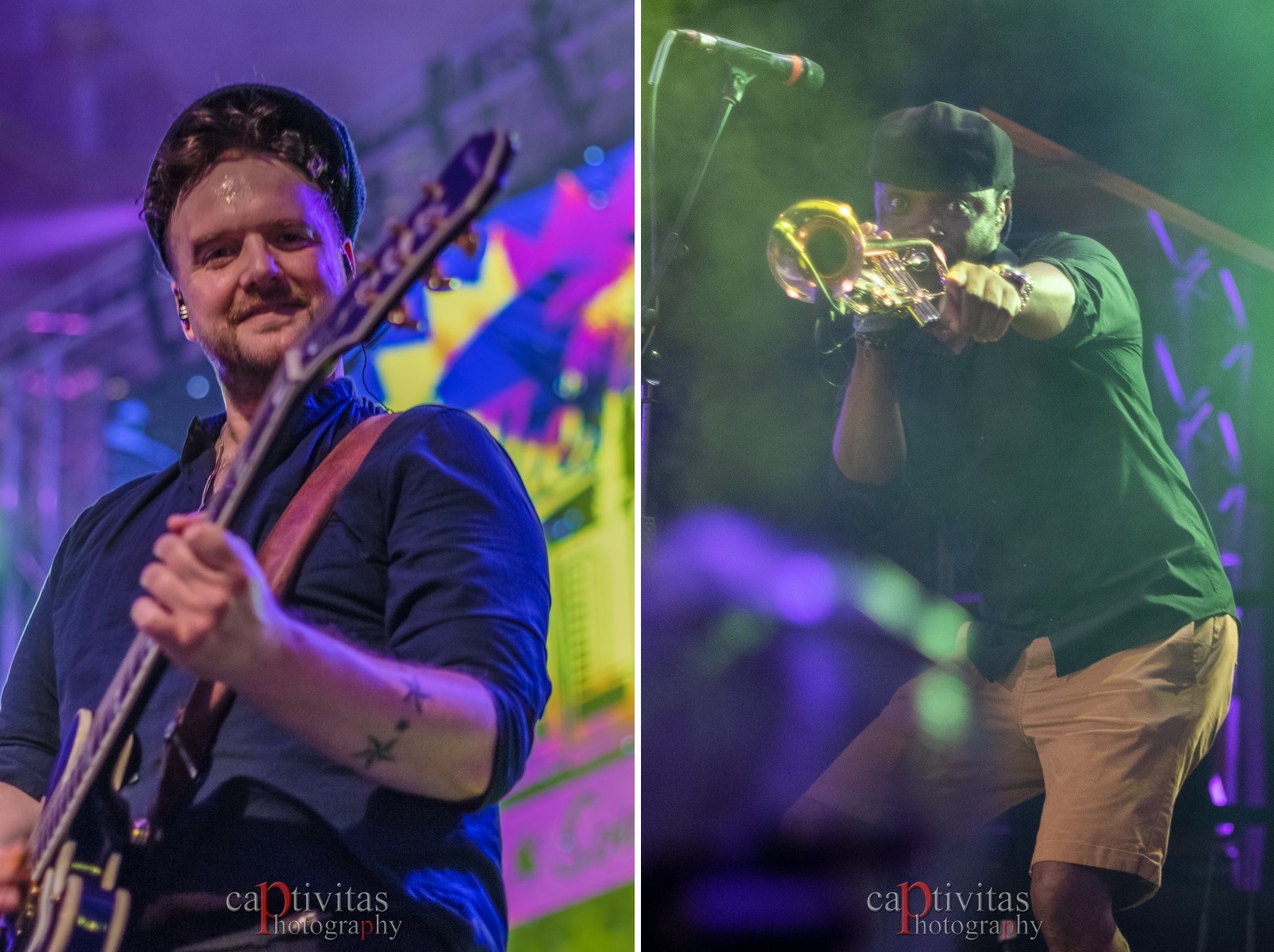 2019 saw the release of the hotly anticipated album, ‘Palm Trees & 80 Degrees’ which stormed into the UK album chart at No.11, reached No.2 in the independent chart and No.1 in the reggae chart.

The brand new album ‘Voices From The Sun’ was released this very evening and went straight into the Ska/reggae charts at No.3!!! Grab your copy HERE. 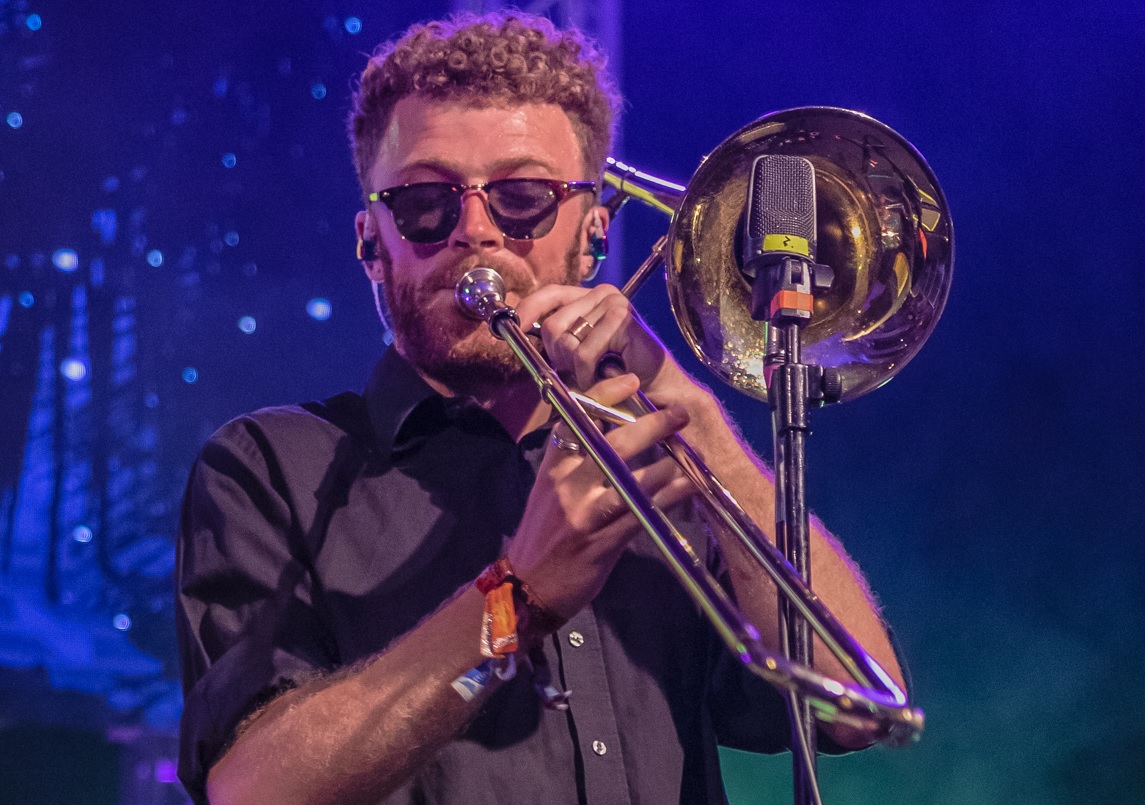 Waiting for The Dualers to start, the DJ played a fantastic mix of reggae and ska hits from yesteryear – ‘Message To You Rudy’, ‘Dreadlock Holiday’ etc – that had the audience moving to the beat.

With chairs lining the walls, and sides of the dance/standing area, people were keeping well hydrated – a big up to the staff and organisers for getting through the never ending queue at the bar, from start to finish; the free water was a very much needed fluid tonight. Fans made from pieces of paper were in evidence everywhere as the temperature showed no sign of lessening. 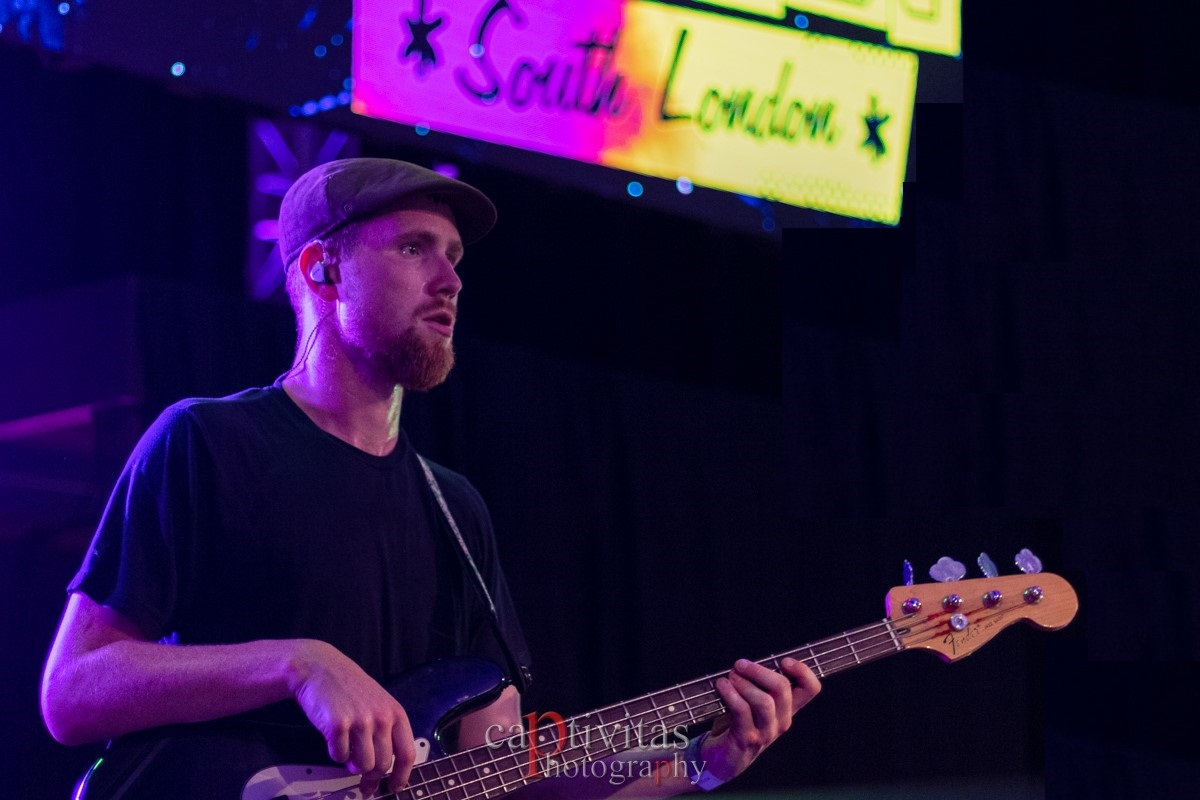 Playing a 16 track setlist to a sell-out, packed audience of young and old alike, there was a real party atmosphere, and a huge cheer erupted when the band came on stage, which got louder when the first song was played (set list in the images).

I saw a gent wearing a Dualers’ pork pie hat so asked his view on tonight’s gig. Phil first saw The Dualers in Hastings last year and is now a self-confessed fan. He had taken along his friend Steve who was there to see them for the first time, who said he couldn’t wait to see them and was sure he would be a fan after tonight. 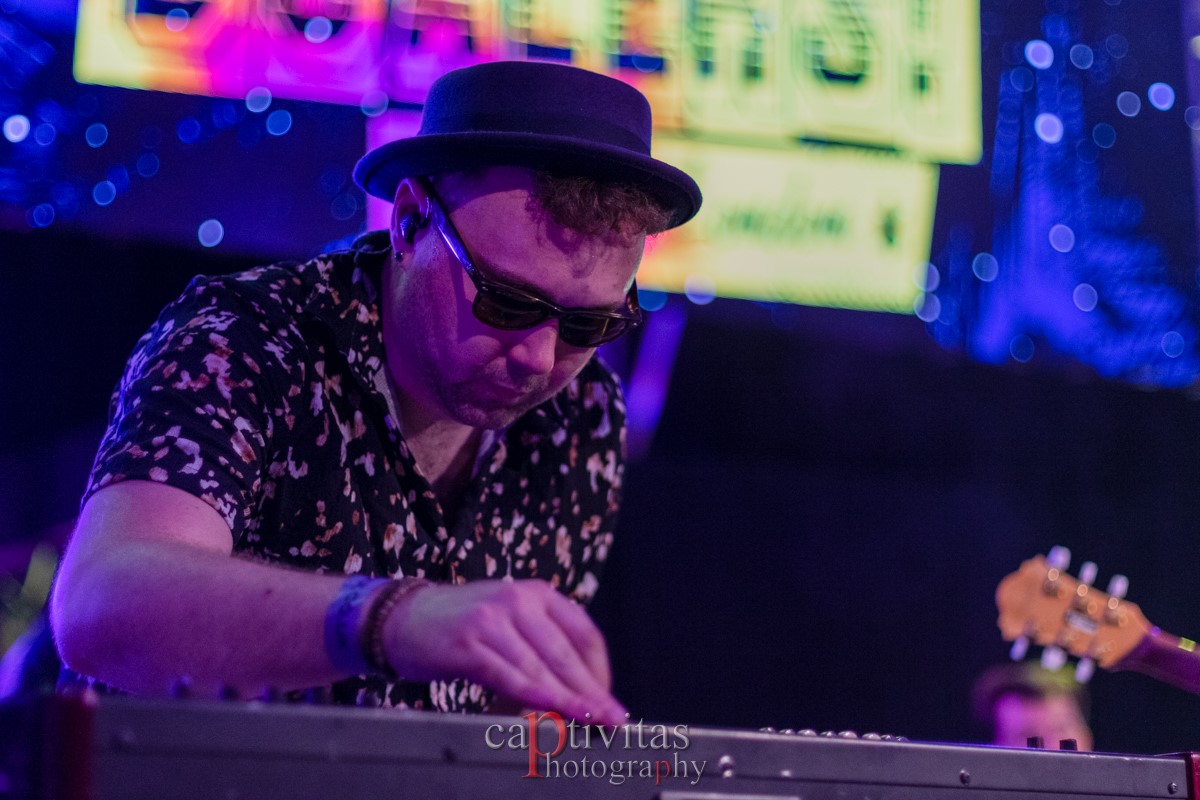 With the heat and the thumping reggae beat we could easily have been on a Jamaican beach, sipping rum and smoking …. Well you know.

You can see the passion for reggae/ska music oozing from the very sweaty pores of the band this evening – they absolutely love it. Tracks from their previous albums follow on in a crescendo of classic choppy ska guitar riffs, reggae bass lines, accompanied by the 3 piece brass section. 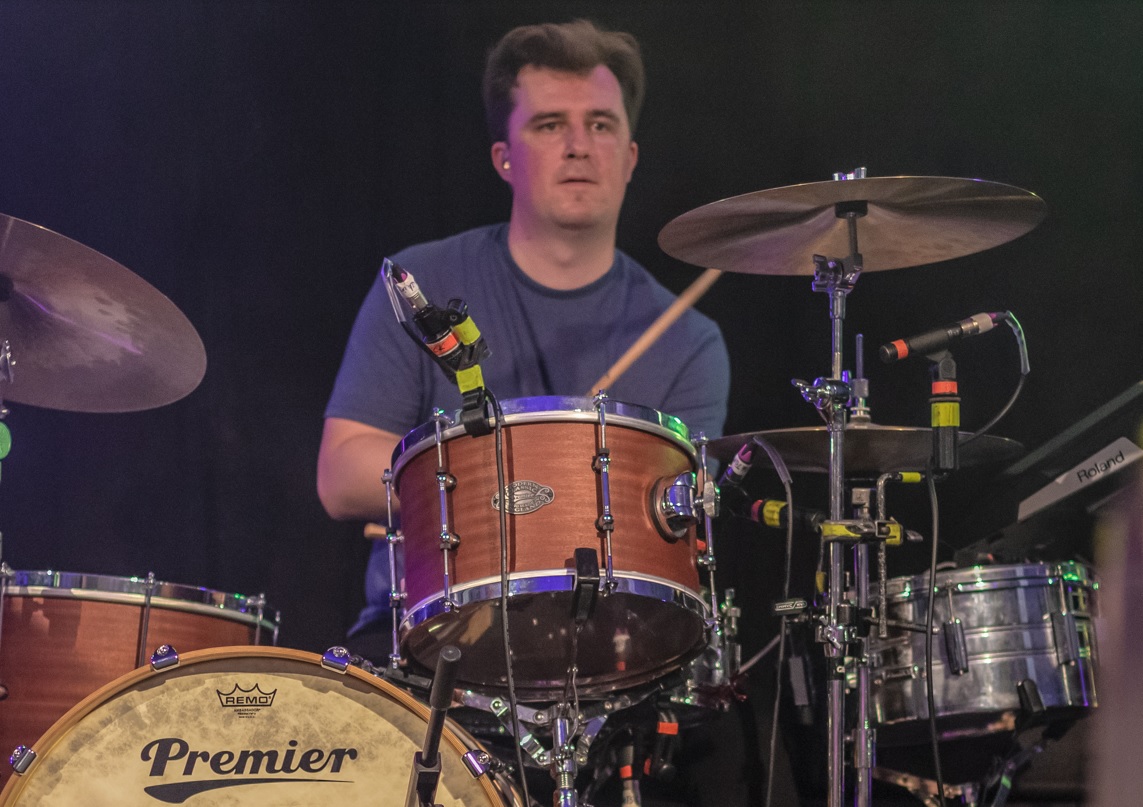 Wearing hats indoors at night in a church on a very hot night might seem incredulous and even lead singer and founding member Tyber commented his mum wouldn’t approve, but persevere they did.

Working their way through the set list, the tempo changed up and down (a little) but every tune was greeted with the audience already knowing what was coming, showing how well supported by their fan base this group really are. Tyber was recognising people in the audience who were thrilled at being singled out from the throng. 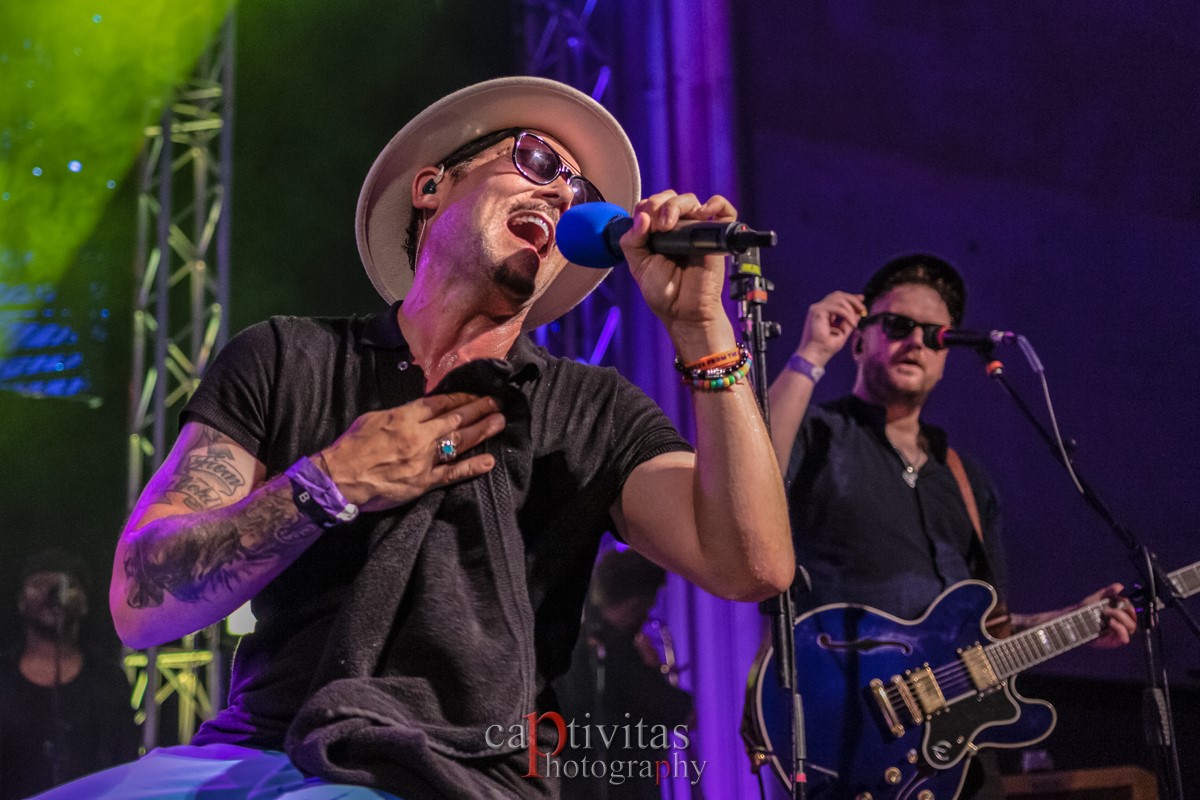 A tune of note was ‘Country Roads’ (the classic John Denver song from 1971) given the inevitable reggae slant – West Virginia substituted by West Jamaica – which was included as a tribute to a close friend who had recently passed away.

Including the audience by encouraging participation had the place singing and the walls rang to the reggae choir that formed for one night only in Brighton.

The last hit of the evening was ‘Monkey Man’ – the 1969 song by the ska and reggae group the Toots & the Maytals – The Dualers had the audience in the palm of their collective hands. The noise from the cheering at the end of this was immense – I’m sure you could have heard the sound down on Brighton if not Kingston’s beach. 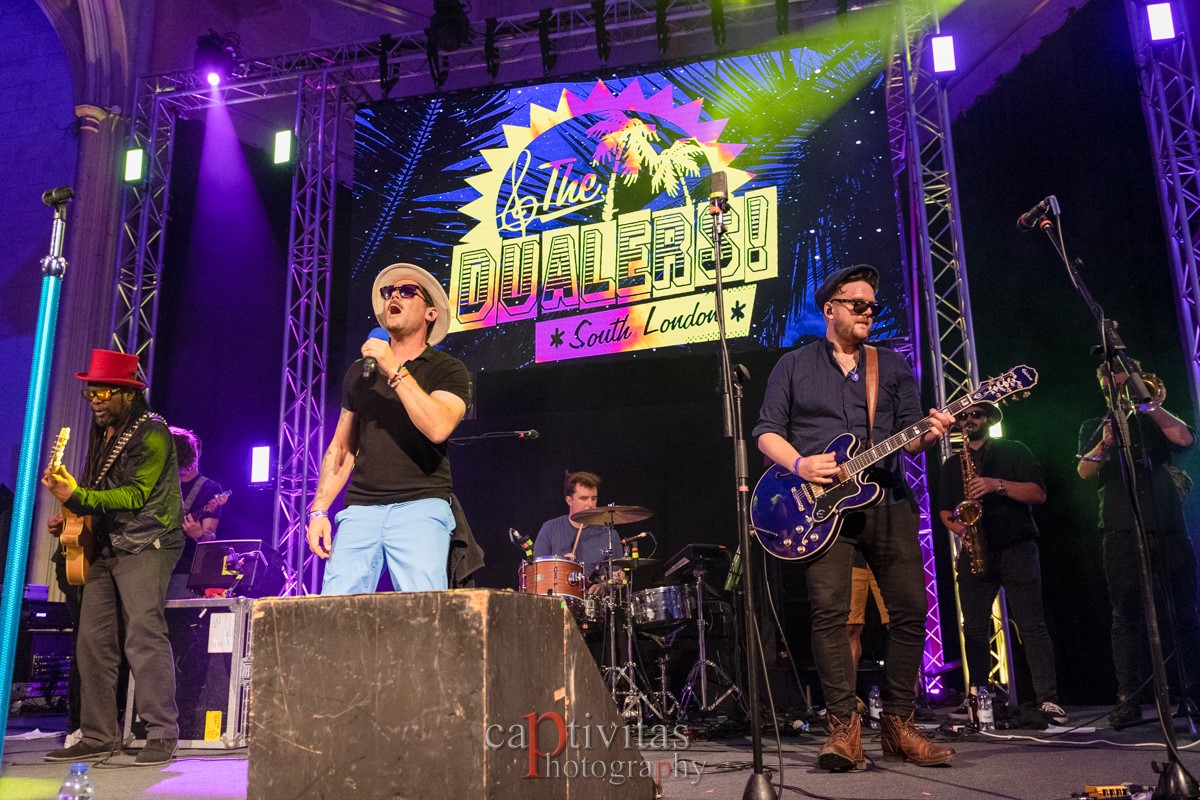 Tyber concluded the evening with a shameless plug of his very own bar – Tyber’s Rum Bar in Tunbridge Wells, which he has put over to reggae and ska music.

The merchandise table this evening was doing a roaring trade with purchases of hats, t-shirts, bags and CDs and of course for the diehard audiophiles vinyl was available. 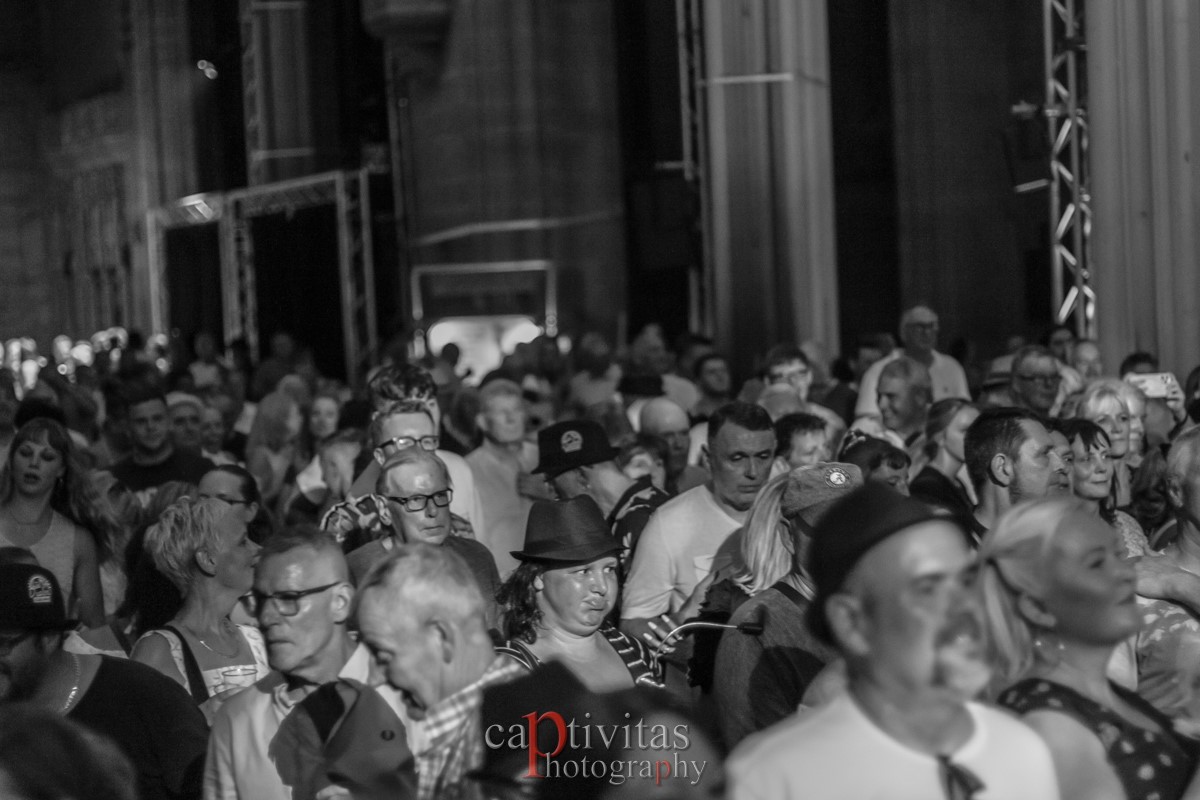 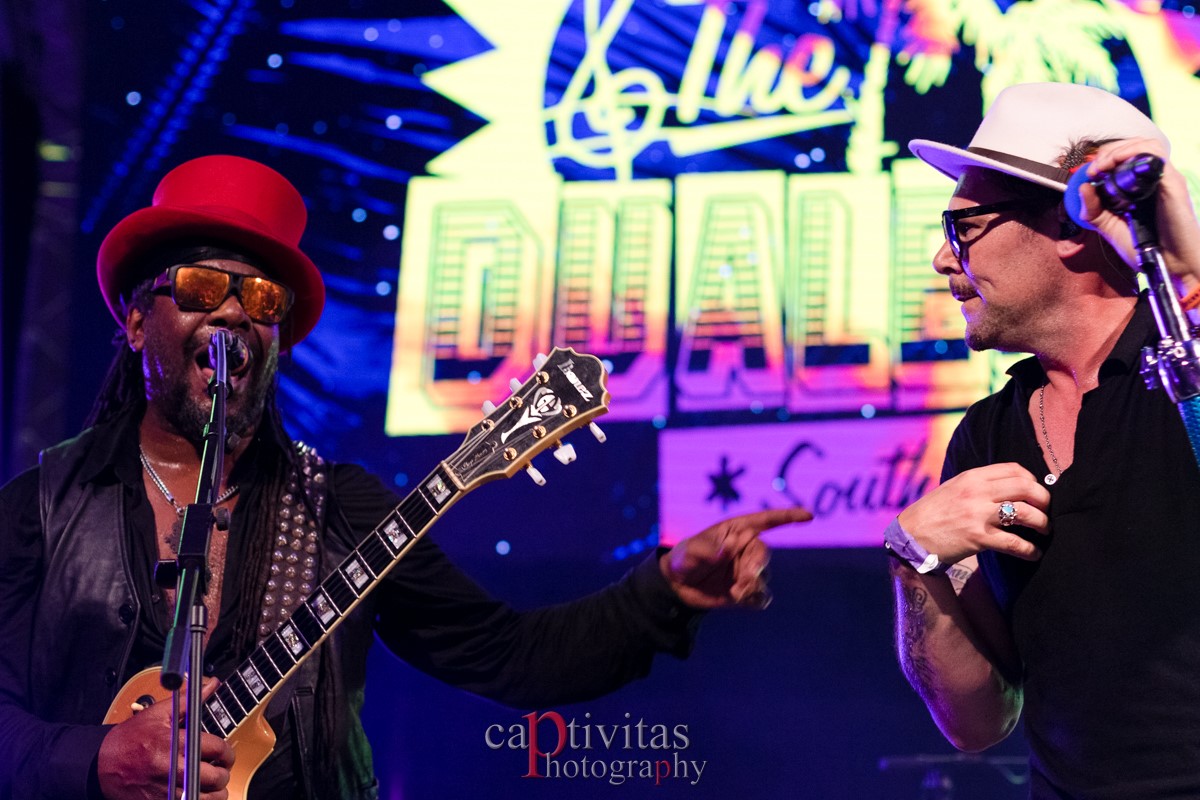 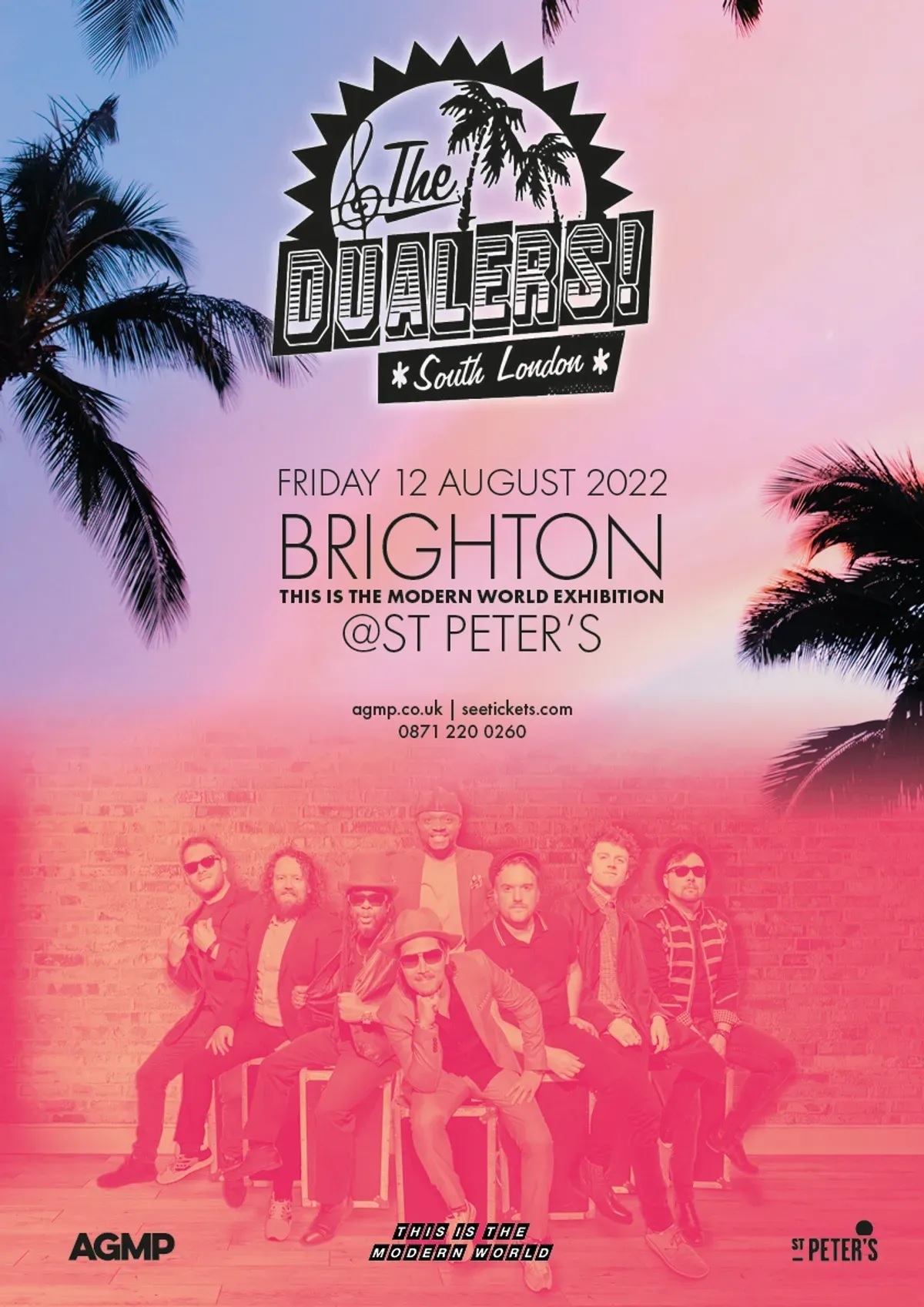 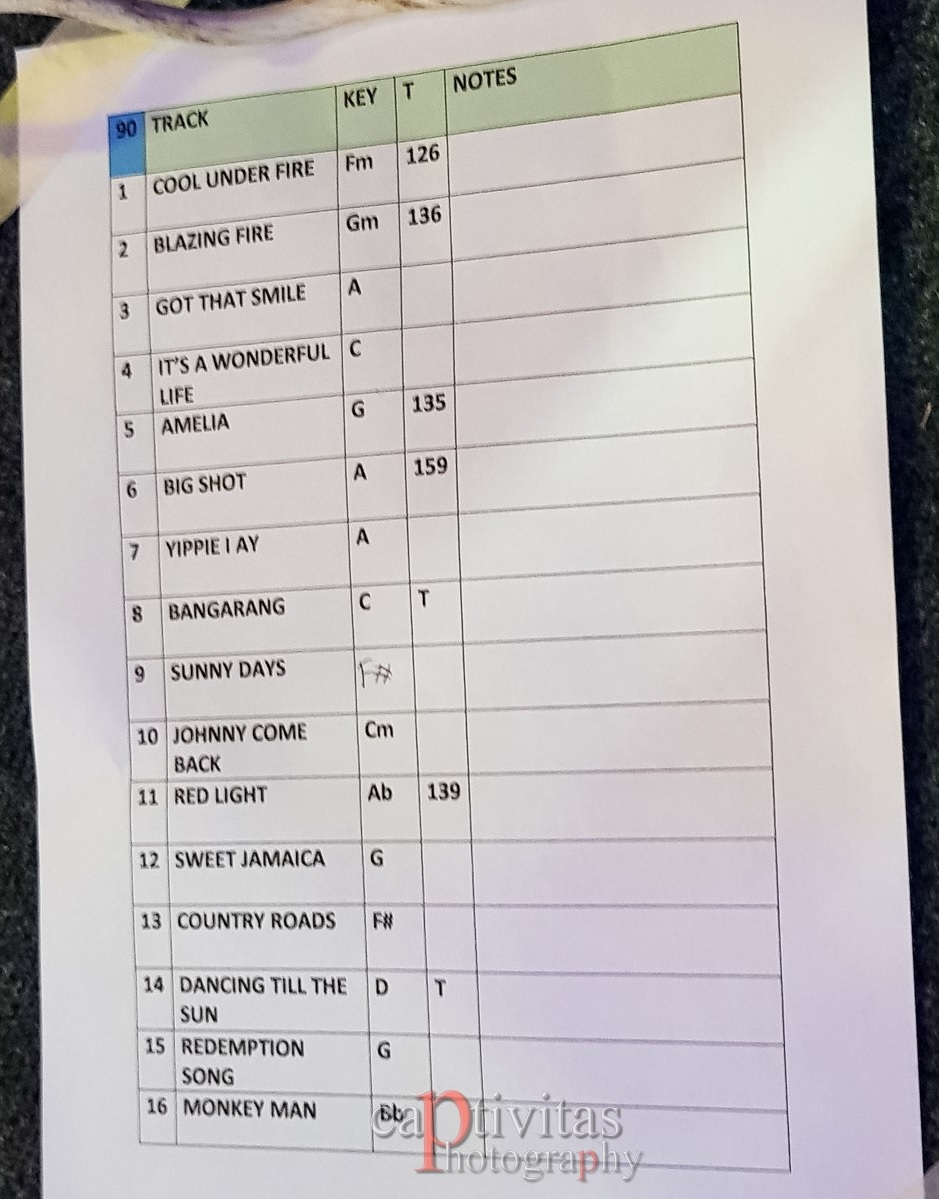