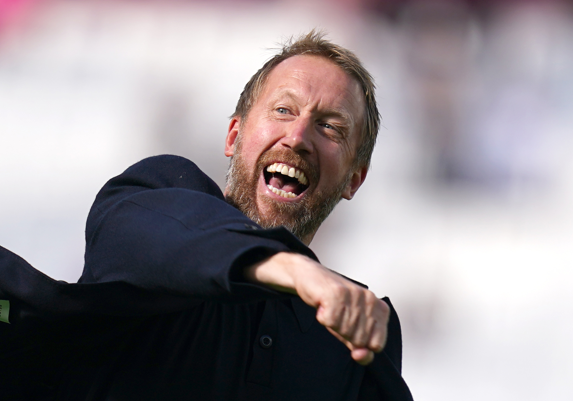 Brighton and Hove Albion fans are preparing themselves for the worst as speculation mounts that Seagulls boss Graham Potter is about to join Chelsea after the London club sacked manager Thomas Tuchel this morning.

Albion have given Chelsea permission to speak to Potter about the vacant manager’s job at Stamford Bridge, the PA news agency said this lunchtime (Wednesday 7 September).

Potter, who joined Albion in 2019, guided Brighton to their highest ever league finish last season – ninth in the Premier League – and the Seagulls are currently perched in fourth place.

But Potter has become the early favourite for the Chelsea helm after the Blues sacked Tuchel today.

The 47-year-old Seagulls boss has a hefty compensation clause in his contract but Chelsea’s new owners, Todd Boehly and Behdad Eghbali, are understood to be relaxed about a buyout.

They sacked the charismatic Tuchel just hours after Chelsea lost 1-0 to Dinamo Zagreb in the Champions League but were understood to have already made the decision to unseat him before the setback in Croatia.

Chelsea’s new chiefs have been at the Stamford Bridge helm for 100 days since they paid £4.25 billion for the club, previously owned by Roman Abramovich.

The ambitious US owners are understood to have felt that they could not wait any longer to take action, fearing that the Blues would lose further ground to Premier League rivals Manchester City and Liverpool.

Chelsea’s new board is thought to have analysed Tuchel’s 100 games in charge and identified a worrying trend of 24 goals conceded in the first 50 matches and 53 in the second 50.

The Chelsea owners are understood not to have lined up a replacement so that they complete the process by the book.

Boehly and Eghbali will now approach and interview a small number of candidates, with Brighton’s Potter chief among a tight group of names.

The former Tottenham Hotspur and Paris St Germain manager Mauricio Pochettino and the former Real Madrid chief Zinedine Zidane are also thought to be under consideration.

PA said that Potter was the early favourite for the vacant Chelsea role, having excelled in shaping a fluent, progressive and threatening Brighton team – and all on a modest budget.

The news agency added: “Brighton’s stable and prudent board must also take great credit for the wider vision and strategy but Potter has proven himself a capable Premier League tactician.

“Brighton sit fourth in the embryonic Premier League table after a fine start to the new campaign.

“The 47-year-old Potter has not managed at Champions League level and would face another new challenge in the shape of working with hard-nosed billionaire bosses like Chelsea’s new owners.

“But the former Ostersunds and Swansea manager is calm, authoritative and well-respected across the game.”