Police are hunting for a former prison inmate who is believed to be in the Brighton and Hove area. 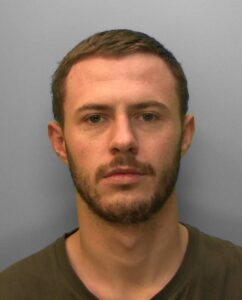 Linton has been before the courts charged with drug-related crimes in the past.

The force said: “Police are searching for Jamie Linton who is wanted on recall to prison.

“The 26-year-old is believed to be sofa-surfing in Brighton and Hove, particularly in the Hove area.

“He is aware he is wanted and has made efforts to evade arrest.