A Hove woman has been sentenced for smashing a £400 window at the building where Winston Churchill went to school and for assaulting two police officers. 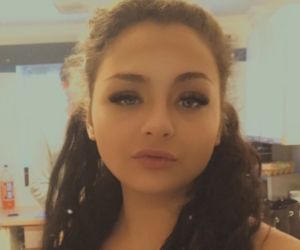 Kia Ann Norris, 23, smashed a window at Lansworth House, a YMCA hostel in Brunswick Road, Hove, last November while she was living at the property.

Sir Winston attended the Misses Thompson’s Preparatory School there in the 1880s, later going on to serve as Britain’s Prime Minister during and after the Second World War.

At Lewes Crown Court on Tuesday (13 September) she pleaded guilty to all three charges when she appeared before Judge Martin Huseyin.

The maximum penalty for assaulting an emergency worker is 12 months in jail – but Norris, now of Upper East Street, Sudbury, Suffolk, was spared an immediate custodial sentence.

Instead, Judge Huseyin sentenced her to eight weeks in prison, suspended for 18 months, for the assault by beating of PC Parsons.

Norris, who has previously been arrested for drink and drug-related offences, was ordered to attend 15 rehabilitation sessions.

She was also ordered to obey an overnight curfew for eight weeks when she would be monitored with an electronic tag – and to pay £300 compensation to PC Parsons.

She was sentenced to two weeks in prison, suspended for 18 months, to be served consecutively, for assaulting PC Dart, making 10 weeks in total. 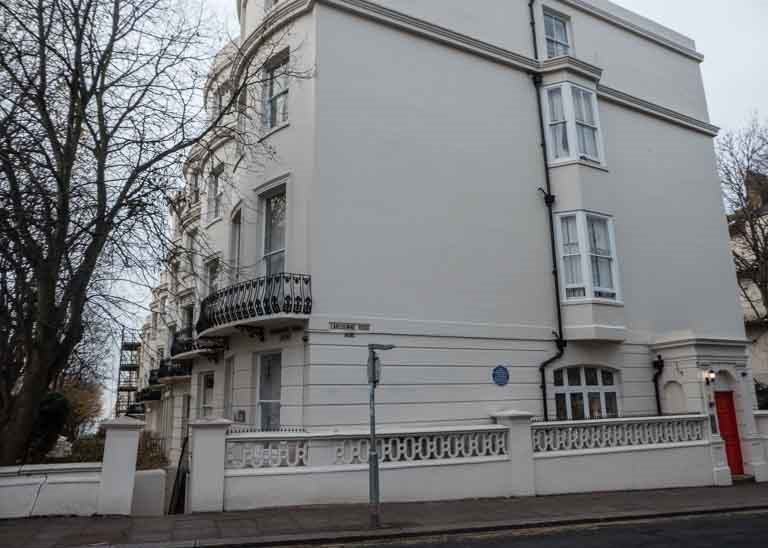 Lansworth House, where Sir Winston Churchill went to school in the 1880s, on the corner of Brunswick Road and Lansdowne Road in Hove

It was not the first time that Norris had been brought before a court charged with attacking police officers.

There was no separate penalty for the criminal damage to Churchill’s old school.