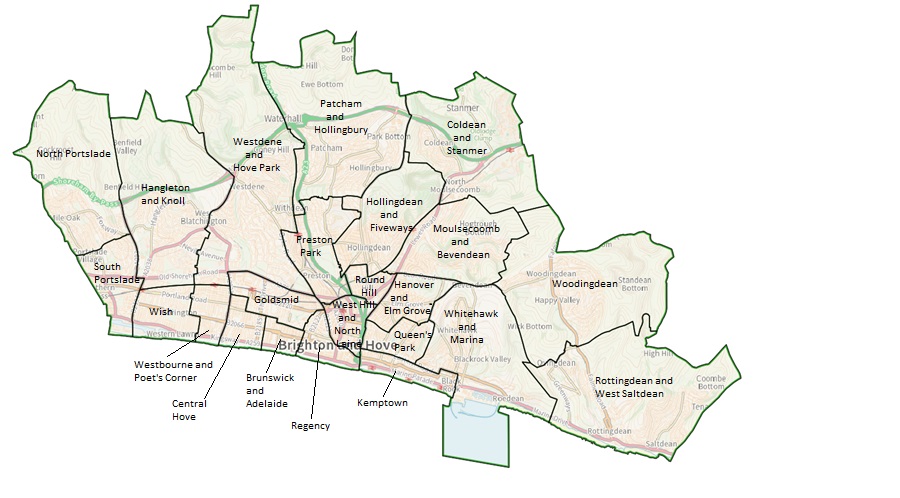 A final draft of new ward boundaries for Brighton and Hove has been published, which is set to lead to the creation of eight new wards ahead of next year’s local elections.

Previous proposals to merge Brunswick and Regency to become one ward have been scrapped – but changes to large parts of the Brighton map are planned.

The Boundary Commission says it wants to redraw the city’s wards in time for next May’s elections as they have not been rejigged for more than two decades.

This means some areas have significantly more councillors per head than others, meaning residents there are overrepresented in the council chamber.

Previous set of draft proposals was put out to consultation in June last year and February this year.

This final set of recommendations will now go to Parliament for approval, in time for elections here next May.

Under the new proposals, Withdean ward no longer exists, with most joining a new Westdene and Hove Park ward and the southern part joining a redrawn Preston Park ward.

Patcham is largely unchanged other than extending slightly southwards, and is renamed Patcham and Hollingbury.

Hollingdean and Stanmer has lost its southern half, but now includes North Moulsecoomb, the Amex stadium, and the University of Brighton’s Falmer campus.

Moulsecoomb and Bevendean’s southern half remains the same.

And the south east corner of the existing Preston Park ward and the north of St Peter’s and North Laine become a new ward called Round Hill.

Queens Park has extended slightly to the east but its southern half – below Eastern Road – is part of a new Kemptown ward which extends along the seafront into what was East Brighton.

The rest of East Brighton ward is now Whitehawk and Marina – and it extends south to the sea from Brighton Marina to Roedean.

The smaller Rottingdean ward, which is renamed Rottingdean and West Saltdean, and Queens Park wards are now represented by two councillors rather than three.

In Hove, the boundaries of Wish, Westbourne, Goldsmid and Hove Park have slightly changed, and Westbourne is now Westbourne and Poets’ corner.

Five of the new wards – Whitehawk and Marina, Round Hill, Coldean and Stanmer, West Hill and North Laine, and Kemptown – have two councillors.

Three councillors will represent the new Hollingdean and Fiveways, Patcham and Hollingbury, and Westdene and Hove Park wards. The redrawn Preston Park still has three councillors.

Publishing the recommendations Professor Colin Mellors, Chair of the Commission, said: “We are very grateful to people in Brighton and Hove. We looked at all the views they gave us. They helped us improve our earlier proposals.

“We believe the new arrangements will deliver electoral fairness while maintaining local ties.”

The total number of councillors is set to remain at 54. There are currently 21 wards, 12 of which are three-councillor and nine two-councillor.

The new boundaries will see 23 wards, eight of which will be three-councillor and 15 two-councillor. 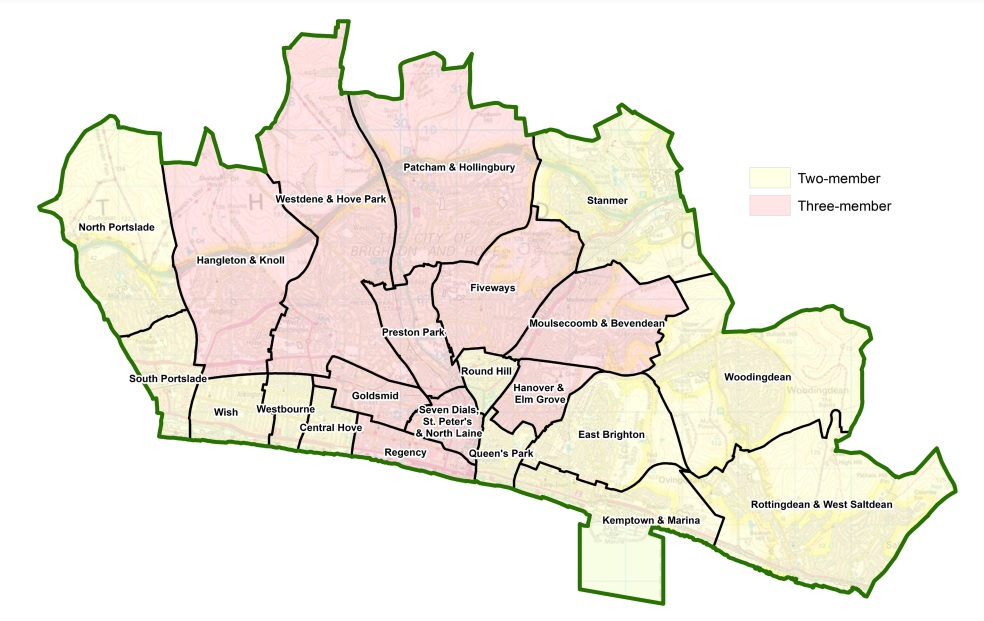 The previous set of proposed wards, which was published in February this year 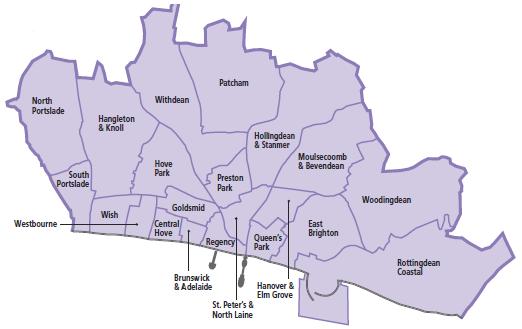 Click here to see the detail of the proposals.