A developer wants to build a four-storey block of flats into the hillside near Brighton Racecourse.

Boxleaf, which recently had a similar scheme for a terrace of “hidden” homes in Hollingdean approved, now wants to built flats in Queensway, in Craven Vale.

Two semi-detached houses at 119 and 121 will have to be knocked down to make way for the block of 13 flats.

Four of the flats meet affordable housing requirements, and there are plans for landscaping and storage for bins and cycles. 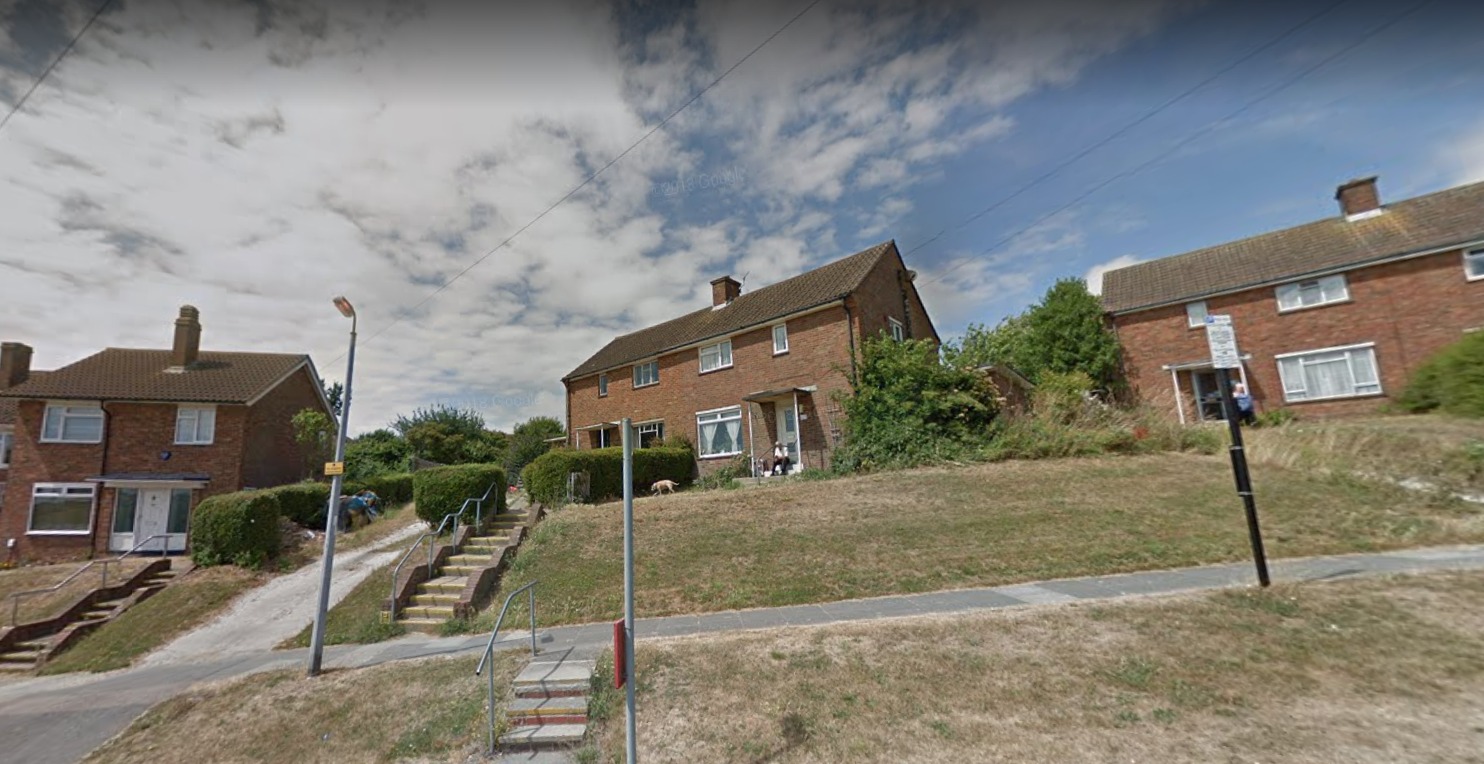 The plot in Queensway where the flats are planned

Boxleaf initially planned a scheme of 16 flats on the site, but scaled this down after pre-application discussions with planning officers.

The planning application states: “We have reduced the size and volume of the earlier scheme and created a building style which blends typical characteristics and materials from the buildings around.

“Our proposal seeks to use the steeply sloping gradients of the site, to generate and conceal a higher density solution.

“The resulting proposal is a larger building than its neighbours, and yet makes little impact on their existing properties.”

Before the application was submitted, Boxleaf took advice from the council to use a brick finish to better fit with other build styles on the street, to include balconies for upper floor flats and to replace biodiversity and trees.

One online comment objecting to the development says: “Parking is shocking at the moment and with another apparent this is going to be ridiculous.

“This has to be improved before these take place.

“We are having less and less spaces especially as most households have two vehicles.”

You can find the full application on the council’s planning portal under reference BH2022/02926.