Time for this council to get its priorities right

The Local Government Association publishes a councillor workbook for local government finance. This workbook maps the way local councils receive their funding and highlights both the legal and best practice requirements in managing a council’s financial affairs.

It provides councillors with insight, assistance, key understanding and skills which then helps them be effective in their roles.

After all, the buck does stop with councillors when it comes to local government finances. That’s the theory at least.

When I recently sat on an “urgency sub-committee”, where the paperwork arrived a few hours before the meeting, to examine how the council dithered as both creditor and landlord in its dealings with the Brighton Marathon company, all the difficult questions were left for officers to handle.

That’s not right. It is elected members whose job it is to consider a council’s finance and funding management as a central part of all decision-making and to ensure that the council provides value for money, or best value, in all of its services.

In terms of the overall budget, there is unlikely to be sufficient money to do everything the council would wish to provide due to its budget gap. Councillors therefore need to consider their priorities and objectives and ensure that these drive the budget process.

Things are never so simple though. An overspend might have occurred due to an exceptional demand for a statutory service – care, for example, for an ageing population in the city as families flee west.

An underspend may also simply be due to the council not delivering the service for which the money was intended to be spent – such as our agreed budget commitments for larger bins in Hove Park and replacement basketball hoops.

There are also other things that this council spends money on because it chooses to do so. One of those has been the council’s anti-racism strategy document and action plan. Another is the council’s million-pound investment in basic maths training for adults.

The council would claim that both of these programmes work with communities, local and key stakeholders to ensure learning opportunities reach those who need them most.

I have argued at committee that the administration needs to be more transparent about how this money – and that of the Marathon fiasco – is being spent and, more importantly, who the council is consulting in the process.

On Saturday 15 October, the council held an “Anti-Racist Education in the Community” event. It brought together, the council claimed, non-statutory agencies and individuals involved in anti-racist education to share their contributions and co-ordinate their approach to the strategy.

At the last Tourism, Equalities, Communities and Culture Committee meeting, the council claimed this event was a huge success without explaining what metrics or key performance indicators (KPIs) this success was measured against. 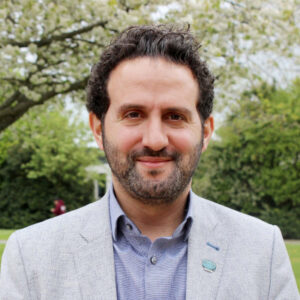 To add insult to injury, the council stated it would be planning a larger event in 2023, at local taxpayers’ expense of course, and contributing to the budget overspend the Greens are shouting out about.

I am by no means saying that the council should not be spending money reaching out to its BAME (black, Asian and minority ethnic) community. Of course it should. And as the city’s sole BAME councillor, I would support that if the justification is there.

But the council should also recognise that, despite the jumping up and down about how diverse this city is, it is actually not so diverse when it comes to ethnicity.

It was only a few days ago that this site reported that newly released census data showed that while Brighton and Hove may be diverse in many respects, it remains very white.

The hard reality for this city and this council that has to be faced head on is that, as Brighton and Hove News reported on Thursday 1 December, Census data from 2021 shows that Brighton is whiter than the rest of England and Wales – and its citizens are still overwhelmingly British or English, with 81.6 per cent of residents claiming those nationalities.

Even more critical for this city and its claim to diversity, and of course where it spends its limited financial resources, is that Brighton and Hove has a whiter population than comparable cities such as Southampton (80.7 per cent), Bristol (81.1 per cent), Cardiff (79.2 per cent) and Cambridge (74.5 per cent).

Governance is about how a council like Brighton and Hove ensures that it is doing the right things, in the right way, for the right people, in an accountable manner, within its means and with a sufficient level of detail and transparency.

What’s disappointing is that the administration, which recently described itself as collaborative in donation-seeking videos on social media, just doesn’t get it.

Councillor Samer Bagaeen is a professor of planning and a Conservative member of Brighton and Hove City Council.