Tennis club members face a tough opponent in their next clash – planning officials from Brighton and Hove City Council.

Their community club in Hove has applied for planning permission to build a pavilion next to the courts that it leases from the council.

Hove Park Tennis Alliance has applied for permission to build a single-storey timber pavilion, with a covered terrace and cycle storage.

But officials have prepared a report for the next meeting of the council’s Planning Committee in which they recommend turning down the scheme.

The pavilion would be next to a council-owned white mulberry tree. And the planners’ report said that the pavilion would create “an unacceptable accumulation of development” around the tree, damaging the root system.

The report also said: “Losing the tree would represent harm to the visual amenities of the area and local biodiversity.”

But it isn’t game, set and match to the planners yet. The tennis alliance has a 25-year lease from the council to operate as a volunteer-run, not-for-profit community sports club.

In its application, it said: “The timber pavilion is designed to utilise the available space without being overbearing to its surroundings.

“No trees are removed to facilitate the proposal. The existing tree between the site and the football pitches will be retained.

“The existing golden privet hedge will be removed, improving views across the courts. The proposal for a green roof and the planting of small trees and wildflower grasses within the proposed site area will help improve the site’s biodiversity. The timber and green roof aesthetic is sympathetic to the park surrounding.”

The council has received 12 comments in support of the application and one objection.

One supporter, whose details were redacted by the council, said: “This carefully designed building is discrete and fits in with the local environment.

“It will provide space for the club and also local groups and the increased usage and lighting will contribute to a safer environment in Hove Park.”

Another supporter, whose details were also redacted, said: “The one thing that will be lacking is a clubhouse which will offer players access to sanitary facilities and a location with seating for interpersonal communication and relaxation.

“As outlined in the proposal, the opportunity is also there for other groups in the community to make use of the clubhouse.” 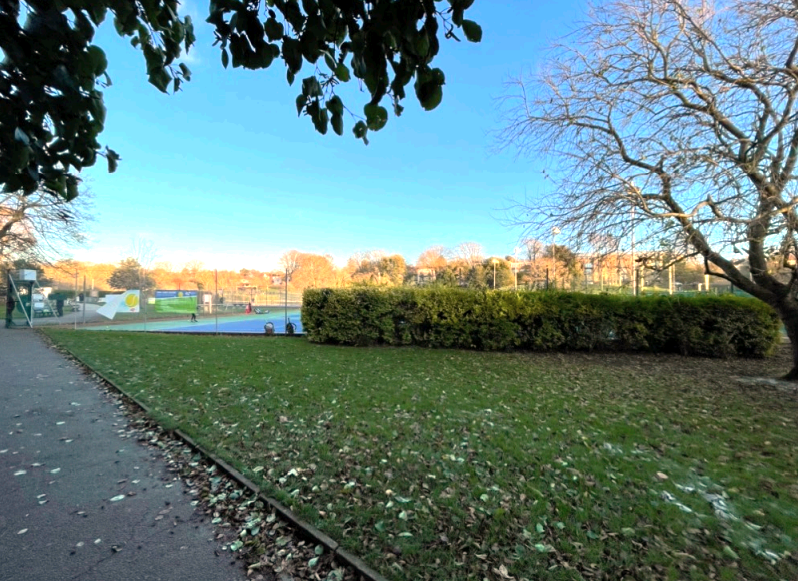 The lone objector, Gareth Hall, said: “The proposed building of a pavilion adjacent to the tennis courts includes the removal of the privet hedge.

“This hedge is a roosting point for sparrows (a red endangered species) and, as such, should not be removed.

“This is a park and therefore consideration needs to be given to the wildlife that lives there.

The plans need to be redrawn to allow the hedge to remain.”

The Planning Committee is due to meet at Hove Town Hall at 2pm on Wednesday 1 February. The meeting is scheduled to be webcast on the council’s website.