Moulsecoomb girl Jenny Jones is due to take her seat in the House of Lords today (Tuesday 5 November).

She has gone from playing out on the street in Newick Road and with her friends in Wild Park to a place among the nation’s great and good. She said: “It’s been a long journey.”

And her formal title – Baroness Jones of Moulsecoomb – reflects the distance that she has travelled.

Nor has it been a direct route. She may have reached the Lords as a result of her political career but her entry into politics came a little later in life than it does for some people.

And as a long-time Green, she didn’t pick the obvious party for quick electoral success.

Yet she served as the deputy mayor of London under Ken Livingstone. She also won a seat on Southwark Council and has spent 13 years on the Greater London Assembly.

But just as Brighton gave the country its first Green MP by electing Caroline Lucas in 2010, it should be no surprise that the first Green peer hails from here too.

Lady Jones, who became a life peer in August, was born at Brighton General Hospital nearly 64 years ago.

She said: “My dad worked as a cook there. He cycled to work every day of his life up that hill.

“My mum was a dinner lady at Moulsecoomb Primary School and then at Sussex University when it opened.”

She went to primary school in Moulsecoomb and then Westlain Grammar, which became Falmer High School and, more recently, the Brighton Aldridge Community Academy (BACA).

But university came much later. She studied archaeology as a mature student in London at the age of 41 and then worked in the Middle East – in Syria and Jordan – as well as in Turkey.

It was at about the same time that she joined the Green Party.

She said that she had long tried to live a green lifestyle, adding: “My parents were quite old-fashioned and they gave me an old-fashioned set of values. Even the little things mattered like not dropping litter or putting your feet on the seat on buses.”

They didn’t live long enough to see their daughter bring her Green politics to the red benches of the House of Lords. But she has two daughters and five grandchildren who can take pride in her achievement. 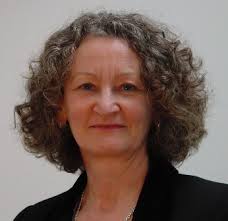 Looking back to her Moulsecoomb past, she said: “I had a really happy childhood there.”

And she has been back to Brighton many times since, sometimes to party conferences, sometimes to see what her fellow Greens are doing here.

She said: “When I came back to Brighton the other week for the opening of the Lewes Road cycle lane, I went to have a look at my old house.

“It looks very different now. But there were some kids out playing in the street just like I used to.

“I told them I used to live there 50 years ago and they just looked at me like I was a dinosaur.”

There are those who think that the House of Lords is a home for political dinosaurs. But since the largescale clear-out of hereditary peers in 1999, the average age has fallen.

Lady Jones wants further reform so that peers are elected not appointed.

But although she takes her seat today on the anniversary of the Gunpowder Plot, she is keen to achieve change through democratic means.