The driver of the bus that crashed in Brighton on Monday (6 July) remains in a coma in intensive care.

Sussex Police said that two other people are also still in hospital being treated for serious injuries that have either required surgery or will do.

The driver, Mark Gould, from Southwick, has been praised by the managing director of Brighton and Hove Buses.

Martin Harris said: “Our driver is a first class employee with many years of service and experience, a hard-working and conscientious member of the team.”

Mr Harris said today (Wednesday 8 July): “Firstly I would like to express my appreciation to our partners in the city and to the general public for their many messages of support for our driver who was injured on Monday and for the work of the whole team here at Brighton and Hove.

“The level of support shown has been overwhelming.

“I have also been hearing the many stories from our staff about the great response and co-operation they received from the public all around the city during the aftermath of Monday’s terrible accident, for which I am very grateful indeed.

“We are now over 48 hours on from Monday morning’s accident and we remain very concerned about the condition of our driver and we are giving his wife and family as much support as we can. They remain very much in our thoughts.

“Our driver is a first class employee with many years of service and experience, a hard-working and conscientious member of the team.

“He could not have foreseen the medical episode that was to occur later that morning any more than his supervisors or anyone else could have. 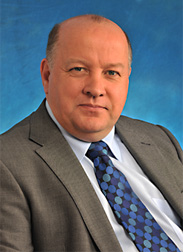 “Our understanding is that the condition that led to this episode was one which he had no previous history of.

“As I stated yesterday, he was feeling unwell at the start of his shift but with no indication that this could become serious.

“He was advised by a supervisor not to start. He was told to rest and then to see if he was or was not fit to start later on.

“He himself returned to declare himself fit to commence his service about one hour later than it was scheduled, suggesting where and when he could do so.

“He gave no appearance of being unwell at that time and so our supervisor could only rely on the driver’s own assessment at that stage.

“There was certainly nothing to suggest that this could later become serious at that time.

“We have a duty of care to our driver and this was demonstrated in the actions of our supervisors who did not and would not encourage or coerce anyone to work if they did not feel fit enough to do so safely themselves.

“We have continued taking statements from witnesses in our own depot today and, as we did yesterday, shared them with police and VOSA investigators.

“I am very grateful to all the staff who have come forward to assist with this investigation.

“Our own continued investigation of the incident will involve the appropriate level of representation for each of our trade unions.

“The focus of our internal investigation is firmly on the driver’s health condition now that the police and VOSA have completed their examination of the vehicles this morning.

“However, we will continue to co-operate fully with the police and VOSA investigation teams and will await their conclusions before we conclude our internal investigation and review of the accident.”