UPDATE: Jade Davis has been found safe and well.

Police in Brighton have asked for the public’s help as they search for a missing teenage girl.

It is the second time in three days that Sussex Police has issued an appeal for help finding the 13-year-old. 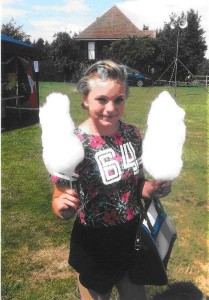 The force said: “Jade Davis is missing from her home in Worthing.

“She was last seen around 11.30am on Friday (7 August) and it is thought that she may have travelled to the Moulsecoomb area of Brighton where she has contacts.

“She regularly travels on the train between Worthing and Brighton.

“Jade is described as white, 5ft 2in, of slight build, with shoulder-length wavy light brown hair.

“She is extremely vulnerable because of her age and it is feared she may be especially at risk due to the people she is known to associate with in Brighton.”

Anyone who sees her or who knows her whereabouts is asked to phone Sussex Police on 101.