A housing contractor has reassured councillors that an overbilling fraud won’t cost taxpayers a penny.

The company’s chief executive David Miles said that Mears was funding the audit and other work around the investigation as well promising to repay the overcharged money in its entirety.

Mr Miles said that Mears was also committed to ensuring the council would not be in any way out of pocket. 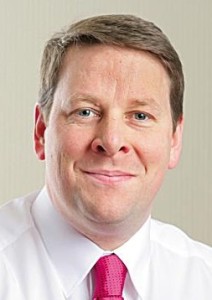 Former council leader Mary Mears – who is no relation to anyone involved with the company that shares her surname – said that she had received assurances on letting the contract.

She now had doubts about the reliability of those assurances that proper controls were in place.

Councillor Mears said that she was also concerned that Sussex Police was not investigating the fraud and that the contractor hasn’t been named, leaving the public vulnerable to exploitation.

She said: “There is a real issue around this. There is lots of gossip. And the gossip at the moment is around brown envelopes and it’s damaging for the council.”

A couple of years ago tenants had called for an independent audit of the Mears contract because of concerns that they had.

At the council’s Housing Committee, which met today, Councillor Mears said: “We need to protect the reputation of the council in this city and at the moment it’s rock bottom.”

There is talk of brown envelopes, she said, adding: “That has got to be dealt with openly and transparently.

“We need to demonstrate that this is not acceptable, that it’s being dealt with and that it’s cured.”

Councillor Peter Atkinson said: “Since becoming a councillor the vast majority of complaints I’ve received have been about sub-contracted work.”

He said that he did not doubt the integrity of Councillor Mears when she spoke about the measures taken when setting up this contract.

He also said: “This can never be allowed to happen again. This is an extraordinary amount of money.”

Councillor Atkinson added that we must reassure people that there had been no brown envelopes or funny handshakes.

Councillor Joe Miller said: “I think this is an absolute disgrace.”

He also criticised the anonymity afforded to the contractor and the police for not investigating the case.

It took 17 months to realise what was going on, he said, and added: “I now have a lot of doubt in my mind about the safeguards that are in place.

“This goes back to the council being seen as a soft touch and an easy ride and something people can suck money from which we’re not.

“There’s a conflict of interests here throughout. I’m concerned that it could potentially be wider and that should be looked at.”

Councillor David Gibson said: “It’s vital that this is dealt with openly and publicly.

“And it’s vital that our reputation of our council as a soft touch is not enhanced. It’s not. We have a duty to protect our tenants’ money.”

Councillor Anne Meadows, who chairs the Housing Committee, said that it was important to learn lessons. She asked for future reports to provide further assurance and added that the matter would be examined by the council’s Procurement Advisory Board.

At the council’s Audit and Standards Committee yesterday, Councillor Tom Druitt said: “This is of great public interest. I’m encouraged to hear there’s a good chance of getting the money back.

“I just wonder whether there’s a problem with the structure of this contract.

“It seems to me … Mears are involved in the assessment of what work needs to be done, doing the work and monitoring the quality of the work.”

He said that he appreciated that the council carried out some checks but asked: “Should we look at a system where the need for the work is assessed by one group, done by another group and monitored by another group?”

The committee was told that officials were now reviewing systems with Mears and looking at putting more into the checks that were carried out.