Police have issued a renewed appeal to find a wanted man from Brighton who they said had broken the terms of his release from prison. 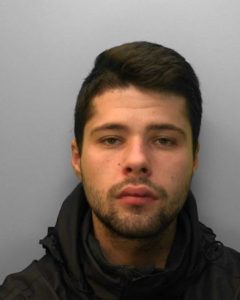 “The 20-year-old, from Brighton, is wanted for recall to prison after breaching the terms of his licence for release.

“He was jailed for 42 months in October 2014 for various offences including GBH, burglary and handling stolen goods.

“Decker is white, 5ft 6in, of slim build, with short dark hair and blue eyes. He is believed to have links in Brighton, possibly the Woodingdean area.

“He is known to have been in the Hollingdean, London Road and Whitehawk areas of Brighton in the last few weeks.

“Anyone seeing Decker or knowing of his whereabouts is asked to email 101@sussex.pnn.police.uk quoting serial 1037 of 24/11.

“You can also report online to https://sussex.police.uk/contact-us/response-to-appeal/ or call 101.”