The operators of Brighton’s new bike share scheme say they may have to transport bikes borrowed from the top of Brighton and Hove’s hills back up them if too many people don’t pedal back up the city’s slopes to return them. 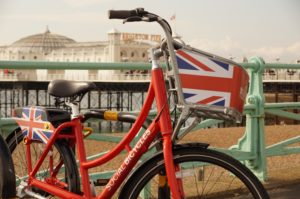 HourBike, which was won the tender to operate the scheme due to start in the summer, says it will allow people to return bikes to any docking station.

Although most of the stations are in the city’s valleys with minimal slopes in between, a handful are at the top of hills which could prove challenging to people not used to tackling them.

Tim Caswell, managing director of HourBike said: “You can take the bike back to any docking station. It can also be parked away from docking stations to make life easier.

“There is a sat nav system on the bike that enables new renters to find bikes nearest them. The costs vary and will be used to encourage people to return them to docking stations.

“Ultimately we may have to focus operational efforts in redistributing bikes back uphill, it is all part of our learning process of how people will use the bikes in Brighton.”

The issue is known as the “Montmartre effect” because when the Paris bike share scheme was started, it soon became clear that tourists were hiring bikes from the peak of Montmartre, whizzing down the hill and then returning them to docking stations at the bottom.

Similar issues have arisen in other cities where bike share schemes have started, including London.

Of the sites proposed for docking stations, Seven Dials and the Pepperpot are the highest, and the most likely to need replenishing.