Police are seeking the owner of a car that either rolled or was driven into a house in Brighton. 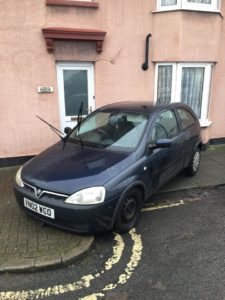 It is thought that the blue Vauxhall Corsa collided with the house in Islingword Road between 7.30 and 8am on Wednesday (February 1).

The man who lives in the house was left shocked, but fortunately the only damage caused to his home was paint transfer.

However, as it’s not known how the car came to end up there, police are keen to trace the owner in case it has been abandoned.

A police spokesman said: “There doesn’t appear to be any damage to the house, but the car has sustained minor damage.”

However, the circumstances aren’t clear and police would welcome any witness reports to 101@sussex.pnn.police.uk or call 101 quoting serial 249 of 01/02.