Police have arrested a 20-year-old man on suspicion of a string of 24 sex attacks by a cyclist who smacked lone women’s bottoms then rode away. 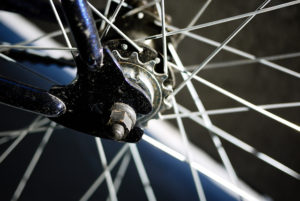 The Hove man was detained after two more attacks were witnessed by officers at the Old Steine on Friday. He was the arrested for another 22 attacks dating from 29 December to 30 January at locations across the city.

He has been questioned and released on bail until 3 March for further enquiries.

Officers want to hear from the two victims on Friday after they failed to come forward to report the incidents.

A man cycling behind a woman who was walking towards the pier smacked her bottom near the fountain at the Old Steine, Brighton at 6.45am. He then followed another woman walking in Old Steine Gardens on his bike five minutes later and smacked her bottom before cycling away.

Detective Constable Scarlet Millar said: “We would like to speak to these two women to check their welfare and obtain accounts from them. We are also keen to speak to any other potential victims who have not yet come forward or any witnesses that may have information.

Police have received 22 reports from women stating that they have been grabbed or touched from behind, or had sexual gestures made towards them by a man riding a bicycle. Twenty of these have been made since 3 January.

The incidents are not isolated to a particular area within the city. They stretch from New Church Road in Hove to Madeira Drive in Kemptown, and up to Dyke Road Avenue in the north of the city. Most of the offences happened during the hours of darkness ranging from early evening through to 3am.