Tributes have been paid to an acrobat who fell to his death at a pop festival in Madrid.

Pedro Aunion Monroy, 42, who lived in Portslade and worked in Brighton, was dancing in a suspended box when he fell 100ft at Mad Cool on Friday (7 July). 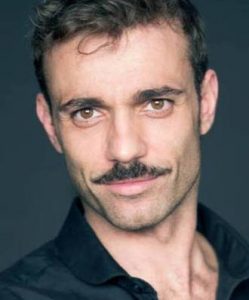 The reason that he fell has not yet been established.

Mr Aunion’s funeral took place in the Spanish capital – his home town – with a Buddhist and a Catholic ceremony. His ashes are due to be scattered tomorrow (Monday 10 July).

Friends and family members have taken to social media to pay tribute to Mr Aunion who died while “doing what he like most” – putting on a show. One said: “We’re devastated.”

Friends described him as a “beautiful person inside and out” and said that his “energy, humour, altruism and smile will be missed”.

Mr Aunion used to work as an actor and trained at the Royal Conservatory of Dance in Madrid before moving to Brighton.

Here he worked as massage therapist at the Grand hotel and set up his own performance company. He performed around the world while settling down with his partner Michael Sells.

The BBC quoted the Grand’s general manager Andrew Mosley as saying: “We are all very sad to hear the news. It is the most terrible news and our hearts go out to his friends and family.”

Mr Mosley told the BBC that the sports masseur enjoyed half marathons and was a popular member of staff.

Days before his death Mr Aunion posted a picture of himself and his partner Michael Sells on Facebook and a message which said: “I can’t wait to see my beautiful boyfriend. Love, come to my arms.” 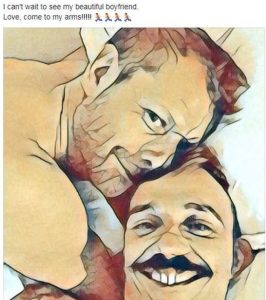 The organisers of the Mad Cool festival were criticised for going ahead with the show – Green Day performed after Mr Aunion’s death.

But they defended the decision for “security reasons”, with a crowd of about 45,000 people to manage.

And Green Day responded to criticism by saying that they had not been told about what had delayed their performance until afterwards.

Graffiti is all around Brighton, but is it a curse or a blessing? We delve into these arenas of conflict, these wars of the walls