The owners of the Saltdean Lido have warned that vandalism could put its future in jeopardy after a gang broke into Saltdean Lido and went on a “wrecking spree”. 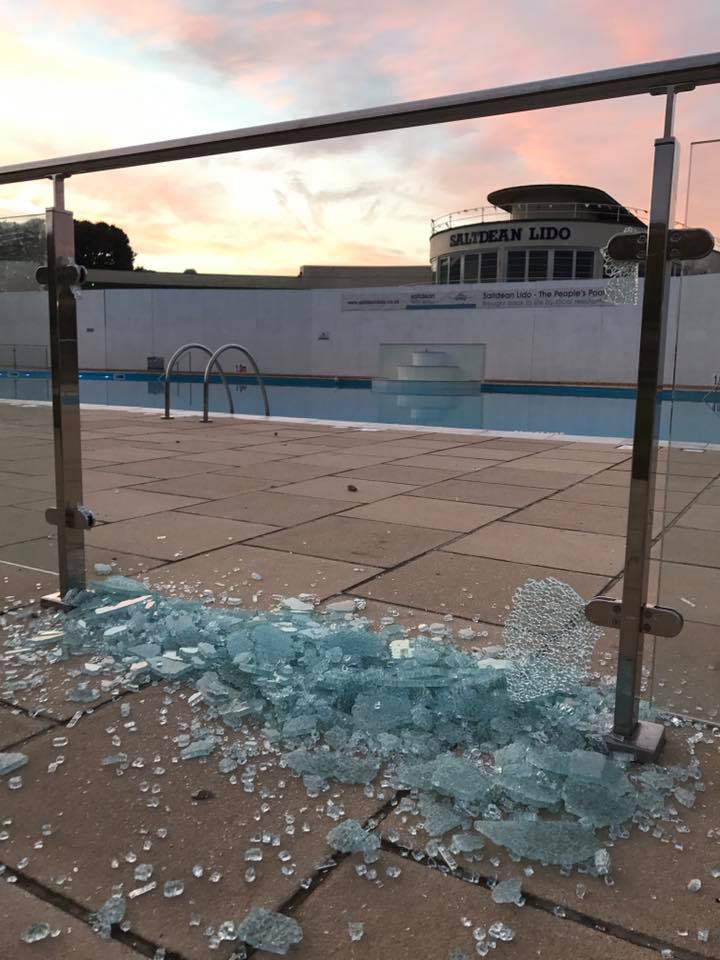 Three teenage boys from Saltdean and Peacehaven were arrested on Sunday evening after a gang broke into the site for a swim and used flint stones to smash toughened glass, causing £1,225 of damage.

The incident happened after hundreds of people enjoyed the Lido during one of the hottest days of the year.

The Saltdean Lido Community Interest Company (CIC) posted this statement on Facebook: “This is incredibly sad for the volunteers and all of our supporters who have spent the last seven years bringing the pool back from the brink so that generations of young people can experience what it is like to swim in a historic pool.

“We would like to take this opportunity to warn all young people in this area that this has to stop, now. Any unauthorised access to the site after closing hours will be dealt with, with the strictest penalties.

“Swimming without lifeguards is dangerous, and this historic site which must be protected. We are sorry if this sounds a little harsh, but any thoughtless or intentionally criminal activities on this site could bring the whole project into jeopardy.

“We would ask that parents speak to children, youths and young adults about this problem. We restored the pool for them. We would not want a handful of irresponsible trouble makers to ruin Saltdean Lido for the majority of well behaved young people who are excited about having this pool on their doorstep.

“Please help the young people who are doing this understand that this pool must be respected. For, they will be the future custodians of this site.”

A police spokeswoman said: “Police have arrested three teenagers after intruders climbed over a fence into Saltdean Lido and smashed some glass panels surrounding the swimming pool on Sunday night (9 July).

“Two boys aged 16 from Saltdean and Peacehaven and and one aged 15 from Saltdean were detained on suspicion of committing criminal damage and are currently in custody.

“Stones were thrown at the panels causing one panel to shatter at about 8.45pm. Around £1,225 worth of damage was caused.

“The open air swimming pool re-opened to the public last month after a seven-year restoration programme.”