More than 2,000 people will die of causes related to air pollution over the next 12 years – much of it generated on Brighton and Hove’s traffic-choked roads.

The bold claim was made in a new report – Polluted Cities – commissioned by Green MEP and former Brighton councillor Keith Taylor and published yesterday (Monday 17 July).

At a public meeting at the Brighthelm Centre to mark publication of the report Mr Taylor criticised the government’s plan to tackle the problem as inadequate.

He said: “The government is standing idly by while the city chokes. This feeble plan won’t go anywhere near far enough in tackling a public health emergency that is linked to 175 deaths in the city every year.

“Dirty air affects us all but the impacts are not felt evenly, especially in Brighton and Hove.

“You’re far more likely to suffer if you’re young or old and/or if you live in poverty.

“The plan put before the British people isn’t so much a plan but a plan to have a plan. Half measures are not good enough in Brighton and Hove. We need bold action now.”

Mr Taylor said that almost half of the sites monitored for air quality levels in Brighton and Hove were currently exceeding the EU legal limit for nitrogen dioxide (NO2) pollution.

The report said that of 65 sites reported on across the city, half (32) exceed the legal limit of 40 micrograms of NO2 per square metre.

And nine sites had annual averages of over 50 micrograms of NO2 per square metre – or 125 per cent of the legal limit. 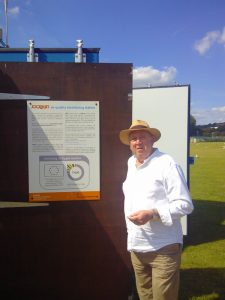 NO2 is just one of the two primary air pollutants linked to road vehicles.

PM pollution is linked to 29,000 deaths in Britain every year, Mr Taylor said.

The MEP for South East England said that Dr Smallbone and Dr Wyche were pushing the boundaries of particulate matter pollution analysis with their research into ultrafine particles.

These tiny particles are not currently required to be measured or recorded yet have some of the most damaging health impacts due to their ability to penetrate deep into the body. 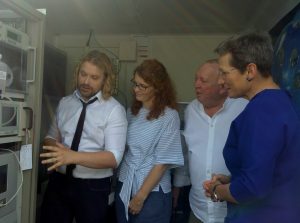 Dr Smallbone, head of the School of Environment and Technology at the University of Brighton, said: “We have relatively accurate models for NO2 but the models for particulates are lagging behind.

“Unless you know what the cocktail of pollutants in the air is like, and consider more than just NO2, you don’t really have a sense of the extent of the problem.

“The data from Brighton University allows real time information to be accessed, and is enhancing our understanding of the harmful air pollutants we breathe.”

The Polluted Cities report is careful not just to attack the government for its inaction on the issue but also outline Mr Taylor and the Green Party’s plans to tackle the air quality crisis in the city and beyond.

Proposals for Brighton and Hove include

Mr Taylor, a member of the European Parliament’s Environment and Transport Committees, said: “Clean air isn’t a luxury, it’s a basic human right. All around Britain, in our towns and cities, people live and work while breathing in dangerous and illegal levels of air pollution.

“As Greens, we support an air pollution plan that would truly tackle this emergency – and force car companies to pay their way for the damage they have done to people’s health.

“Half measures are not good enough. We urgently need bold action and this report sets out what we can and should be doing now.”