A Brighton sex therapist faces years in prison for raping a 14-year-old boy in the toilets of the King Alfred Leisure Centre in Hove.

Nick Gully, 48, was found guilty by a jury at Lewes Crown Court today (Monday 31 July) of one charge of rape and two counts of sexual assault. 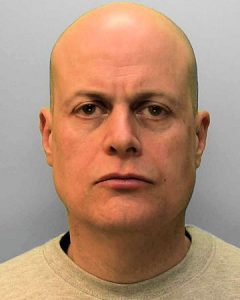 The self-employed psychotherapist, who worked from offices in Hove, denied all three charges but was convicted after a six-day trial which started last week at Hove Crown Court.

He was remanded in custody to await sentence on Wednesday 6 September.

The starting point would probably be eight years, he was told, although the judge would listen to representations from prosecutor Amy Packham and Gully’s barrister Beverley Cherrill.

The boy cannot be named for legal reasons. But his mother said: “The last six months have been a horrendous time for my son and my entire family.

“What started off as a perfectly normal Sunday, with my son attending the leisure centre having newly acquired membership on turning 14, turned into every parent’s worst nightmare.

“The unimaginable events that took place that day with him being deliberately targeted and attacked by a serious sexual predator while waiting for a lift home from me have had devastating consequences for my son and close family.

“He has had to come to terms with what has happened to him and also deal with the police investigation and trial.

“What has stood out to us is his outstanding bravery in coming forward immediately after the incident and the incredible support of his close friends and the professional services involved including the police and Survivors Network workers.

“I believe the perpetrator to be a serious sexual predator who if he had not been detained would have been an ongoing serious threat to young people.

“We are so relieved that the trial is now over and are looking forward to moving forward with our lives.” 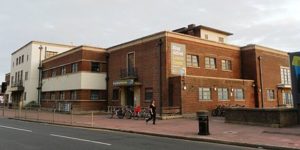 Gully admitted having sexual contact with the boy and said that he thought he seemed old enough, although he conceded it was borderline. He denied rape and sexual assault.

Beverley Cherrill, defending, had told the jury that “an independent prosecution witness thought (the boy) was 16 – just as Mr Gully did”.

Amy Packham, prosecuting, had told the court: “There are a lot of people who think very highly of Mr Gully – personally and professionally. He has helped a lot of people. That is a side of him.

“On the surface Nicholas Gully is the loving father and respectable professional that you have heard so much about.”

She accepted that people who knew him described him as “a man with the utmost integrity” but added: “There always seems to have been another side – a secret side to him.”

He had a long history of seeking out others for sexual encounters – something he had managed to conceal from almost everyone who knew him. 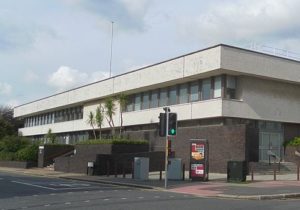 Miss Packham said: “No one in his household was aware of his interest in boys and young men. He has hidden his sexual fantasies from people his entire life.”

On Sunday 29 January he had followed a 14-year-old boy into the toilets at the King Alfred and sexually assaulted and raped him, she said.

Gully has worked as a counsellor for people with addictions, including sex and love addictions, for more than 20 years.

He has worked as a part-time lecturer at Brighton University, specialising in addiction and cognitive behavioural therapy, and was previously director of addiction services at the Priory Hospital in London.

He has practised in Brighton and Hove as well as in London, also working with people addicted to drink, drugs and gambling, those with compulsive spending habits and eating disorders.

Detective Sergeant Julie Greenwood, from Sussex Police, said: “Gully deliberately targeted this young boy who he spotted in the reception area where the boy was waiting for his mother.

“He followed him and subjected him to the most degrading assault.

“Thanks to swift reporting by the boy the same afternoon and our inquiries which – with the help of CCTV – quickly identified Gully, he was soon arrested and picked out in an identification procedure.

“Other evidence also connected him to the offence.

“Gully initially refused to comment in our interviews with him.

“He subsequently admitted the encounter but pleaded not guilty, claiming in court that it was consensual and that he reasonably believed the boy was 16 or over despite not having any evidence to support that belief. 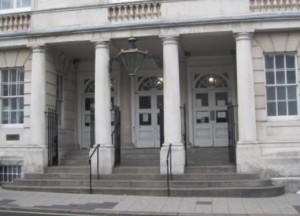 “We very much admire the courage of the victim in giving evidence in court.

“We also acknowledge the readiness of three of his friends, who engaged in text exchanges with him immediately after the crime and encouraged him to contact the police, they were fully prepared to give evidence in court but were not required.

“Anyone who wishes to report sexual offences of any kind can always contact us.

“You can report online or call 101. All reports will be treated in confidence and you can arrange to speak to experienced investigators.”