The rough sleeper crisis in Brighton and Hove has become the focus of a party political battle.

Conservative councillor Robert Nemeth has criticised the Labour-led council for its “demoralising” response to questions about the crisis.

But Labour has hit back, blaming the crisis on Conservative government policies.

Councillor Nemeth has asked for a motion to be debated at a Brighton and Hove City Council committee meeting on Monday (3 December).

He wants to know how many rough sleepers are currently on the streets of Brighton and Hove – and details of how the council plans to provide support for them this winter.

According to the official count, the number has increased from 78 in 2015 to 178 in 2017, the second highest number of rough sleepers in any council area in the country.

Councillor Nemeth also wants an emergency report to spell out the options on ways to work to tackle rough sleeping on a cross-party basis.

When the council’s Neighbourhoods, Inclusion, Communities and Equalities Committee meets on Monday, the Wish ward councillor plans to push for a more focused approach to tackling the crisis.

Councillor Nemeth said: “The motion sets out a series of concerns about the administration’s handling of the rough sleeping situation – not least the demoralising response that opposition parties received from the administration when questioning the latest figures.

“As one of the three councillors behind the Brighton Centre Night Shelter Project, I have seen how small teams can be both imaginative and effective.

“I promote the involvement of smaller organisations rather than just the large corporate bodies. I champion community involvement – not just from when somebody becomes a rough sleeper but from day one.

“I support cross-party working. Many experts are being shut out needlessly. I believe in accountability and worry that responsibility is spread too thinly across various bodies at the council.

“I do have a long list of policy ideas of my own but I’m not calling for my plan to be adopted. Rather, I’m saying change the model and see what ideas flow from those who know best.”

She said that she disappointed that Councillor Nemeth had brought forward his motion, adding: “He knows all about the excellent work that is happening across the city, by the council, our partners and the public.

“Many dedicated people are succeeding in making a real difference and this is just a slap in their face.

“His government has created the national homelessness crisis we are enduring and, because of austerity and rent prices, people are losing their home every day in this city.

“Yet we support more rough sleepers than ever off the street and the number is coming down rapidly.

“Brighton and Hove City Council is part of the solution and I am proud of the work we are doing.” 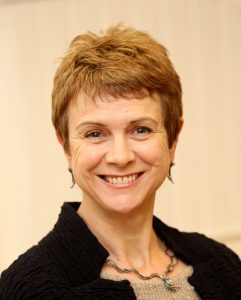 So far, the winter night shelter has opened again at the Brighton Centre, along with the rough sleepers hub and emergency shelter at First Base in Montpelier Place.

The rough sleepers hub for 17 people has £495,000 funding from the Ministry of Housing, Communities and Local Government plus £125,000 from the council.

The council’s overall budget for homeless services in the current financial year is £5.4 million.

The Neighbourhoods, Inclusion, Communities and Equalities Committee is due to meet at Hove Town Hall on Monday (3 December). The meeting starts at 4pm and is open to the public.