Charities funding programme back on track

A programme of contracts and grants for charities and community groups in Brighton and Hove is back on track after a rethink.

Councillor Kate Knight has written an open letter to organisations in the community and voluntary sector to tell them the news.

She had wanted to put the £2 million grants programme on hold to ensure that it was aligned with her party’s manifesto for the local elections which took place in May.

But the renewal of the three-year grants programme was running to a timetable proposed by her own party before the elections.

There were fears that “aligning” would mean trying to bring some of the work “in house” to the council, putting existing jobs, funding and services at risk.

Fears were also expressed that some charities and community groups – existing on modest sums – could even be at risk of having to close.

This was mostly down to a funding cut by the Brighton and Hove Clinical Commissioning group (CCG) although the council has trimmed its contribution.

Conservative councillor Dee Simson welcomed the change of heart and said: “I’m pleased that Labour have reversed their decision to delay the Third Sector Commission.

“It will bring to an end the potentially damaging uncertainty for several community organisations and their staff.” 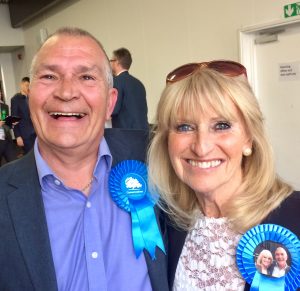 In her letter Councillor Knight said: “Since I last wrote to you on (Wednesday) 19 June, when I explained that I wanted to briefly pause the Third Sector Commissioning Prospectus process, I have further listened to the community and voluntary sector (CVS) and spoken with other Neighbourhoods, Inclusion, Communities and Equalities (NICE) Committee members.

“I now feel a pause on the commission is not the best way forward and at the special meeting of the NICE Committee taking place on (Tuesday) 16 July the committee will be asked to consider the original proposal and timetable.

“As a new councillor and chair of the committee, my initial feeling was that it was important to take time to familiarise myself with the work of the community and voluntary sector (CVS).

“I also wanted to ensure that the commission process was as transparent as possible and, really importantly, I had wanted to understand it from the viewpoint of grassroots organisations and groups.

“I have since been able to listen to different perspectives about the process and the work undertaken in collaboration with the sector on the commission and it has become clear that not everyone shares my view that a short pause would have been desirable.

“I’m also aware that some degree of anxiety and uncertainty has been created about the commission, despite assurances about our commitment to our partners and to funding.

“This was never our intention.

“We are committed to being an administration that listens and that works in partnership with those that also want the best for the city and it is with these principles in mind that we are bringing the original report back to the NICE Committee for consideration.”