A Hove care home “requires improvement”, according a report published by the official watchdog.

Aspen House Care Home, in Wilbury Avenue, Hove, was given the second lowest rating out of four by the Care Quality Commission (CQC).

The watchdog said that Aspen House was “good” – the second best rating out of four – for providing a caring service.

But it “requires improvement” for safe, effective, responsive and well-led services.

The CQC carried out an unannounced inspection in January and published its report on the home last week.

Aspen House, which is owned and run by Denise Roussel, specialises in the care of older people with dementia.

The CQC said that the home required improvement after its previous inspection in 2017 when it was in breach of the regulations.

The latest report said: “Improvements had been made in some areas. For example, people’s medicines were now being stored and monitored safely.

“The provider … had ensured that they were taking steps to safeguard people from abuse.

“However, further improvements were identified and required, including the breaches of regulation in relation to providing safe care and treatment and good governance.

“Information relating to some people’s as and when medication was incorrect. This had not been identified despite medicines audits being completed.

“Appropriate actions had not been taken to learn or improve from mistakes and changes when they had occurred.

“There continued to be a lack of consideration, care planning and guidance on how to best support people living with dementia. 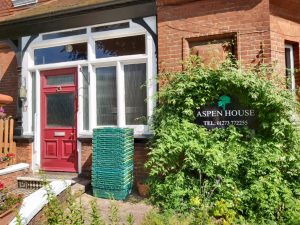 “The provider could further explore guidance on ensuring a more dementia friendly environment.

“Care plans and risk assessments were not always detailed and personalised and did not always reflect the changing needs of the person.

“Staff received ongoing training to meet the needs of people at the service although improvements were needed in the management of ongoing competencies for the administration of medicines.

“People’s communication and information needs had not been fully addressed across the service.

“Improvements in supporting people’s food choices had been sustained and people’s nutrition and hydration needs were being met.

“The provider had systems in place to monitor the health and safety, to prevent and control infection and to assess and mitigate environmental risks to the service.

“Systems were in place to ensure that people were safeguarded from abuse. The provider had demonstrated improvements in its reporting structure and staff demonstrated a good understanding of the indicators of abuse and how to report any safeguarding concerns. 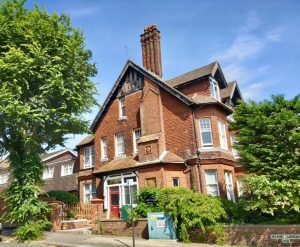 “Complaints were recorded and people and relatives knew how to complain if they needed to.

“People and their relatives told us that the staff were caring. We observed people and staff interacting in a happy comfortable manner.

“People’s privacy and dignity was respected, and people were supported to express their views and be involved in decisions about their care.

“There were sufficient number of staff to support people to stay safe and meet their needs.

“People were supported with compassionate care at the end of their lives (and) staff worked well together within and across organisations and supported people to access healthcare services and lead healthier lives.”

Aspen House can provide somewhere to live and personal care for 15 older people in one adapted building.

The CQC said: “There were 12 people living at the home at the time of our inspection.”