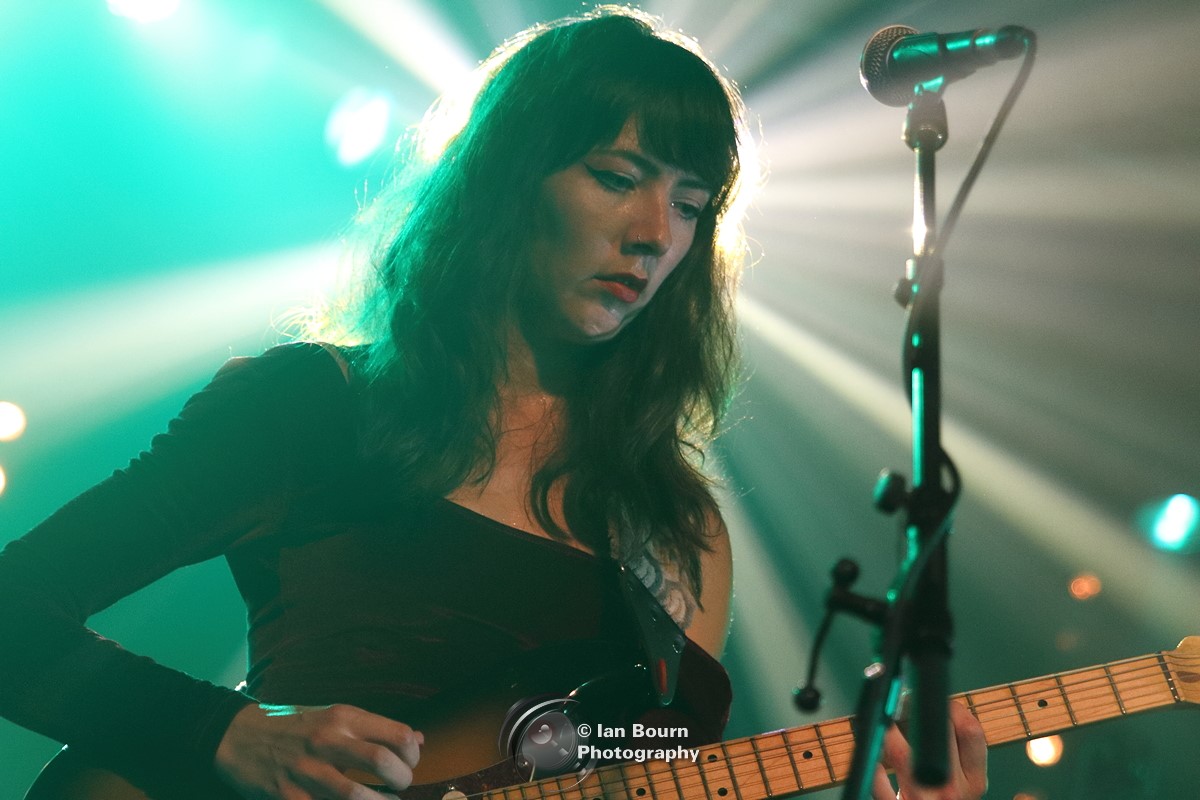 The Concorde 2 on Brighton seafront was a hive of activity last night from 7pm to 11pm as the inaugural ‘Best Of Brighton’ mini-fest was taking place.

There were four local bands on offer, all of varying styles. There was guest beers, tasty street food, modern art, and a raffle to win seriously decent prizes.

The ‘Best Of Brighton’ night was a bit of a corker as it was a celebration of the best that Brighton has to offer across the various fields and as a result the many punters attending were drawn from right across the age spectrum from Brighton’s oldest raver local legend ‘Disco Pete’ right down to many in their late teens.

In fact ‘Disco Pete’ was well on form last night as my colleague Martin Fuller was talking with him and Pete informed Martin that he has still got another 400 years left in him. His full name is Peter Turner and he is heading towards his mid-80’s and yet he still spreads joy among the local community. Although none of tonight’s four bands were anything like disco, former DJ Pete wasn’t put off by this mere fact. There were several of his artwork up for sale this evening. It seems those talents run historically in the family as his ancestors include artist W. Turner and English Romantic poet Percy Bysshe Shelley. On the way home Martin was singing the praises of Pete and so clearly this octogenarian had left his mark. 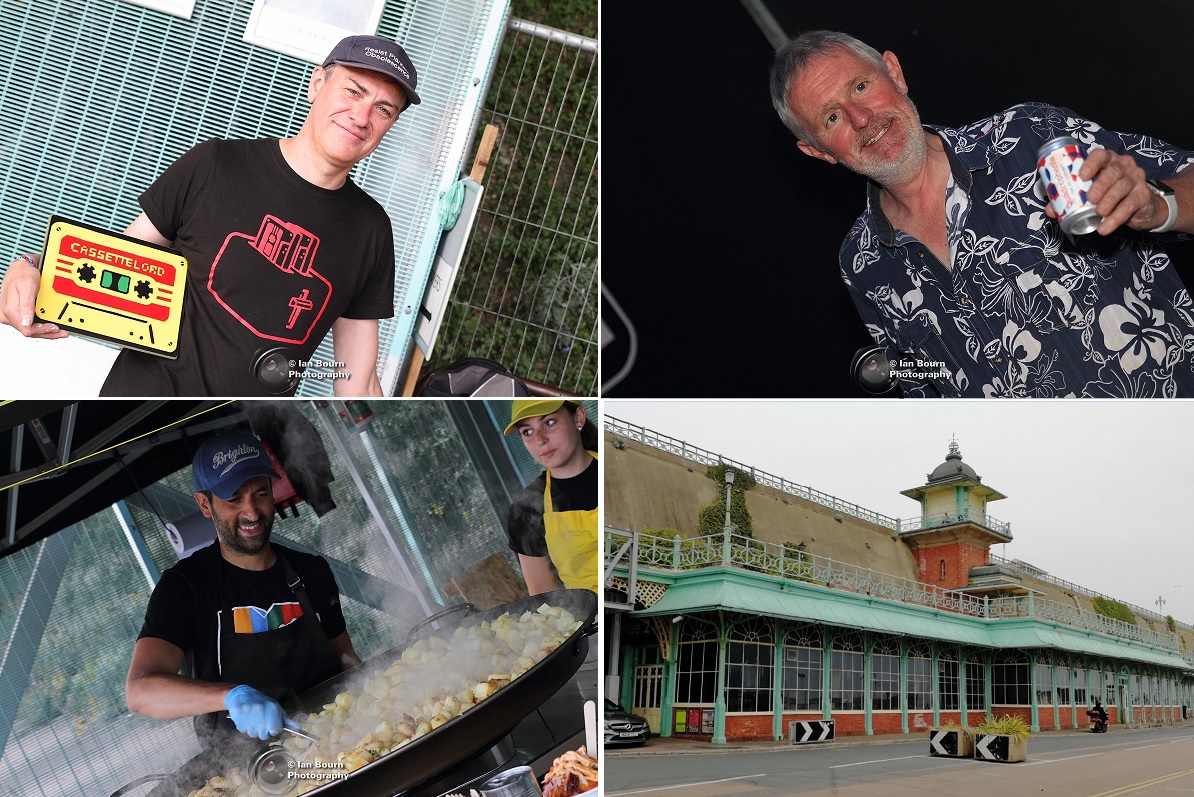 Talking of art, on the other end of the spectrum we had Brighton based Street Artist Cassette Lord taking up residency for the night. Cassette Lord (aka Martin Middleton) has very recently been collaborating with Fatboy Slim, but I asked him exactly how did his pop art escapades came about. He informed me that it all started about a decade ago when he was working with young offenders in order to bring out their creativity. One day they were creating a vibrant mural on a wall and there were these two Virgin Media Cabinets (an automated telephone service box) against the wall and so he asked Brighton’s Council if they could also cover them in order that they would become part of the mural. Thankfully the broad-minded and forward thinking council have a duty of care for these boxes and gave Cassette Lord the go-ahead to not only stamp his distinctive artistic cassette tape mural on those two, but all of the others. So Cassette Lord produced some templates for the offenders and they set about their task of brightening up the city. It has certainly worked and brings out the nostalgia in many people. In fact he informed me that he is off to Japan in September with an exhibition of his artwork. I for one couldn’t resist his mini-versions on sale tonight and snapped up a rather nice piece of modern culture.

Brighton’s Loud Shirt Brewing Co were plying their amazing beers (and loud Hawaiian shirts) this evening and it turns out that they didn’t have very far to travel as they are literally based just up the road.

During the whole night, wonderful wafts of cooking food kept entering the Concorde 2 and many folk followed their noses outside to where The Hash Machine were their selling tasty street food. I however, had made the schoolboy error of having a large meal prior to visiting the event. I wish I hadn’t as their food aroma was far better than that which I had consumed earlier for my tea.

There was a quartet of bands appearing tonight and proceedings were being professionally filmed by two companies, so you can expect to see the wonderful results from this popping up over the next few weeks across the bands website etc. 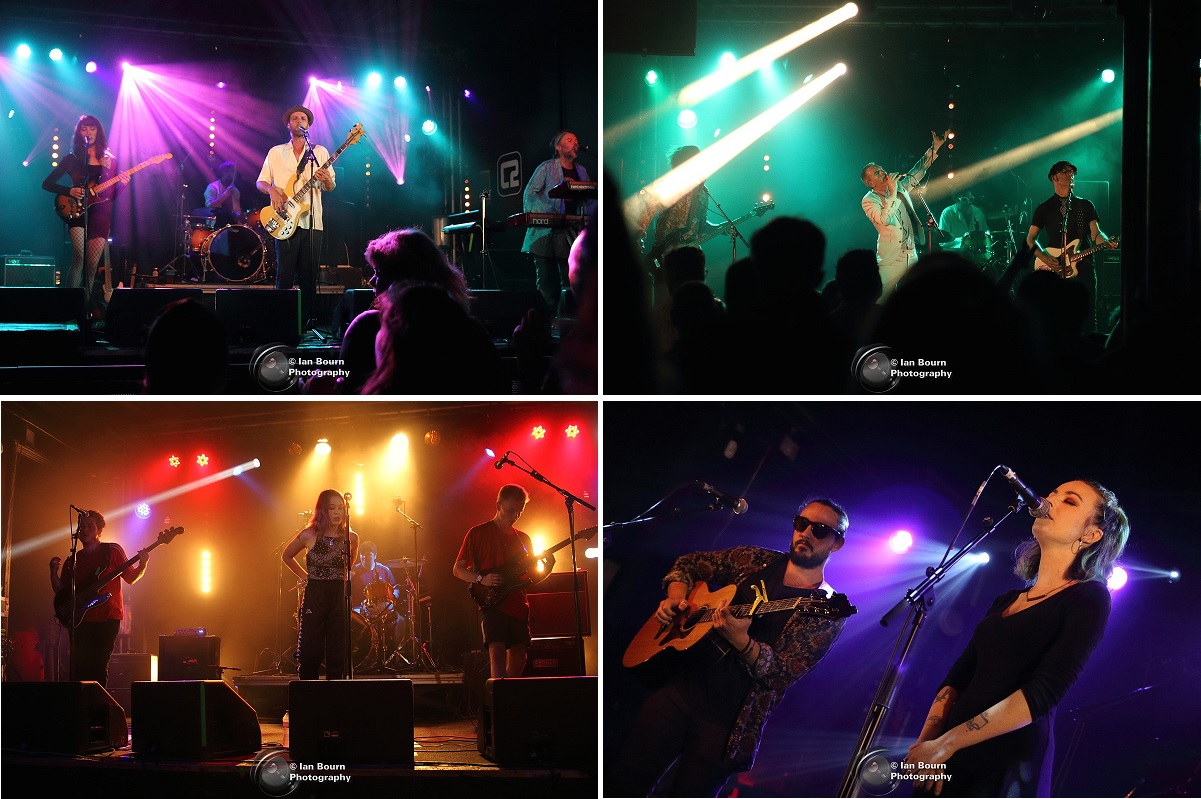 Top left to bottom right: 12 Stone Toddler, Clowwns, Badlaws, The Mann and I all playing at Concorde 2, Brighton 11.07.19 (all pics Ian Bourn Photography)

First up was The Mann and I, who are a duo of alternative singer/songwriter Edd Mann and stylistic vocalist Tara Vowles. They only formed last year in 2018 and they cater to both upbeat and downbeat audiences and occasions. Our photographer Ian certainly enjoyed the flamenco guitar playing during their set.

Next up were the young Brighton quartet known as Badlaws, who also came together last year after meeting at university and consists of Lucy Hinton (vocals), Daniel Bright (guitar), Travis Powers (bass) and Josh Caplin (drums). They cite their combined influences from the likes of DON BROCO, Bloc Party and YONAKA and that sounded just about right to me. The longer they played, the better for me their set became.

Badlaws were swiftly followed by Clowwns, who were not so young as the previous act, but certainly knew how to perform a tight set and bounce. Yes lads, I picked up on ‘Do you wanna bounce?’, best tune from you on the night for me. This post-punk quartet are slightly off on a quirky tangent like The Cardiacs and consists of M Heathfield (word), A Claridge (noise), D Waters (bang) and E Rodes (boom) – see off kilter! As with all of the bands tonight, the crowd were most appreciative and this lot intrigued me the most during the evening. 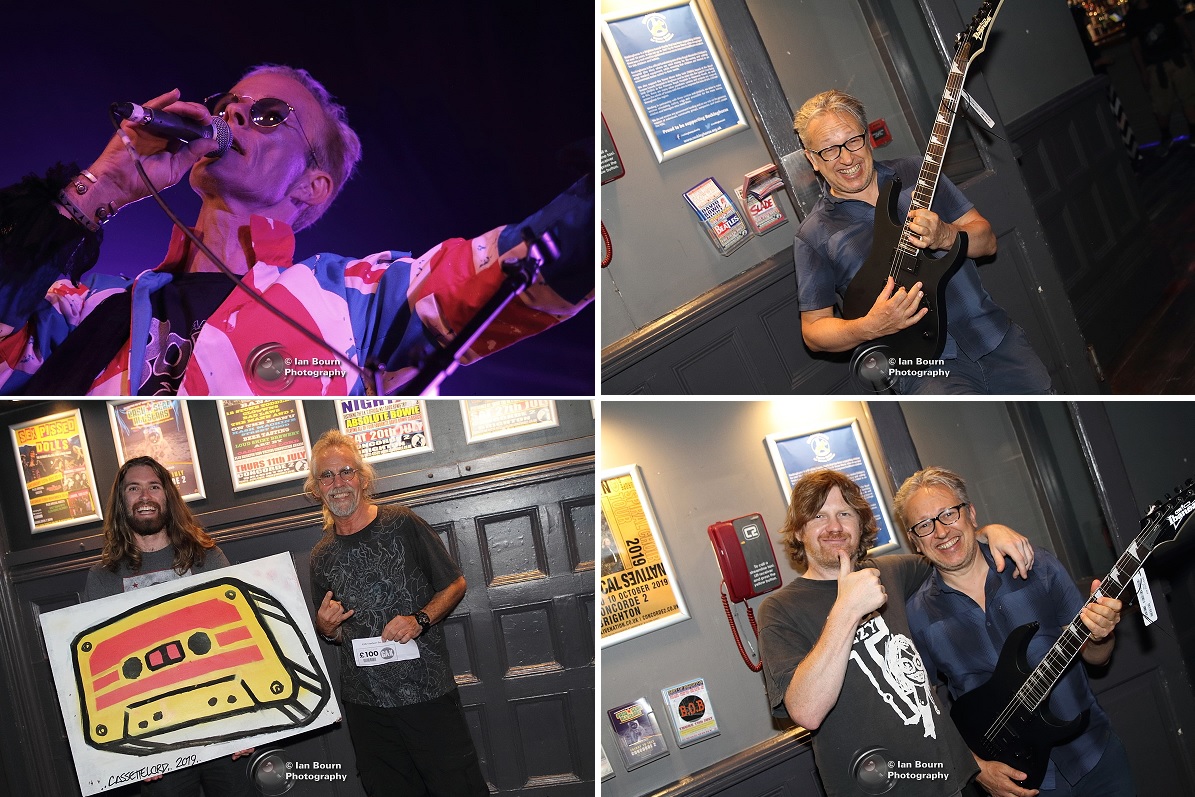 Prior to the arrival of the night’s final musical act 12 Stone Toddler, there was a rather decent raffle, with the winners being announced on stage by (I believe) Absolute Bowie. There were five winners and prizes ranged from Cassette Lord artwork, to £50 and £100 vouchers, with the top prize being a brand new guitar! Bit of a masterstroke by the event organisers Black Rabbit Productions if you ask me.

Brighton four-piece 12 Stone Toddler are back on the case in their MkII guise and they graced the stage in order to bring the successful night to a close. Up there tonight were Chris Otero (vocals and bass), Ben Jones (keyboards) with current members Helen Durden (guitar) and Robin O’Keeffe (drums). They were plying their regenerated sound and the punters enjoyed themselves.

Overall a fab night out and I’ve got some modern art to boot – nice one!