Snapped Ankles sounds painful, but that’s far from the case! 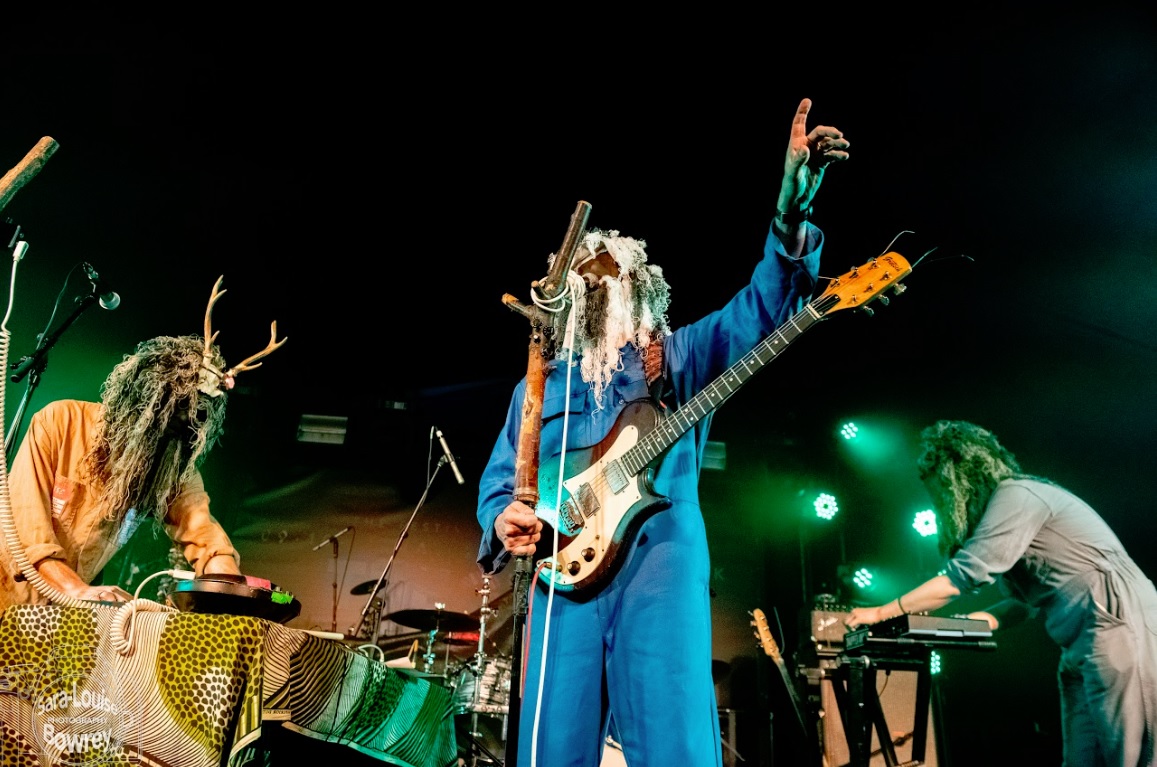 Our leafly friends Snapped Ankles triumphantly return to Brighton on 8th October when they will now be appearing at the Concorde 2. This is a venue upgrade from the initial announcement of them performing on the same night at The Haunt. The original tickets from The Haunt show are still valid for the Concorde 2 show.

They were last seen in these parts sprouting roots from The Great Escape back in May. We, the Brighton & Hove New music team, were lucky enough to catch their unique performance twice on the same day (Friday 10th May) and reported…..

SNAPPED ANKLES – HOPE & RUIN (DOWNSTAIRS) 2:30pm – 3:00pm (by Nick Linazasoro)
“Everyone will remember if they have or haven’t been to a Snapped Ankles gig, even if they were somewhat intoxicated. There’s just no way of not noticing that these guys are dressed a tad like trees and are playing electronic branches accompanied with distorted vocals akin to AK/DK, see what I mean HERE”.

“One of the guys went on walkabout in amongst us punters whilst he measured the length and breadth of the room….as you do! There’s a Devo insanity about all this. Their final offering was a superb way to sign off and that’s an epic entitled ‘Jonny Guitar Calling Gosta Berlin’, which to me has the similar vocals to very early Gary Numan meets Sheep On Drugs and musically akin to Sextile and Moon Duo. Brilliant set and I’m certain many be bopping around at the front of The Haunt (now the Concorde 2) on Tuesday 8th October, when they return to Brighton – tickets HERE”. 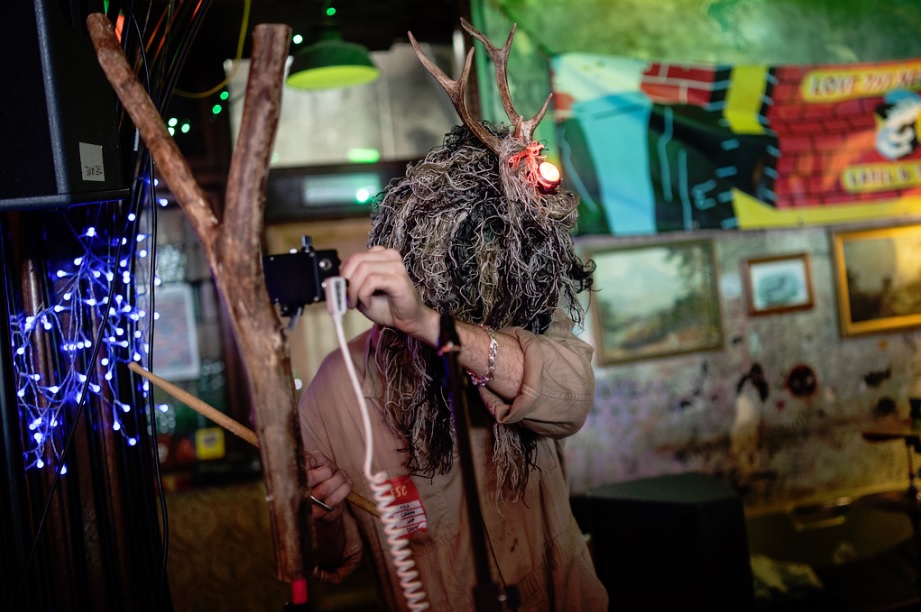 SNAPPED ANKLES – THE DEEP END – BEACH SITE 7:15pm – 7:45pm (by Sara-Louise Bowrey)
“BBC 6 music’s favourite woodland creatures stepped up to a packed purpose built Deep End stage located on Brighton Beach on Friday evening and owned the space for the duration of their set. Formed back in 2011, they’ve taken their time to build a solid fan-base…which may prove the foundation stone to future glories”.

“Homemade log synths (yes it does mean to say log synths and not analog synths), enticing foot tapping rhythms and feral vocals set the dancefloor party mood for the evening. This outfit are set to return to Brighton later in the year, when they will be setting up camp at The Haunt in Pool Valley (now the Concorde 2) on 8th October. Tickets HERE”.

Snapped Ankles who are Austin, Chestnutt, Parry and Russell, came from the trees in Epping Forest and now have settled in fertile east London, where they maintain the feral energy of the forest. Fight or flight. Primal motorik rhythms, the rush of white noise and post-punk angles; an aural onslaught played out on homemade log synths, electrified guitars and sticks beating hell on taut animal skin.

Snapped Ankles have flourished in the sub-tropical climes of warehouse and squat parties, moving onto performance art collaborations with filmmakers and shows in unlikely locations such as barber shops, games arcades and the forests they once called home. They plough a singular furrow at improbable angles. The woodwose have discovered electricity and they’re not afraid to use it.

In September 2017 Snapped Ankles emerged from the woods clutching an album entitled ‘Come Play The Trees’. It feels simultaneously modern and ancient and is what dance music will sound like when computers finally fail us. Log synths, bass guitar and sticks on taut animal skin coalesce to form fearsome primal rhythms. Fuzz guitars rubbing up against dirty rolling arpeggiated synthesisers to ignite wild white noise fires.

The band returned on 1st March this year with their all encompassing second album entitled ‘Stunning Luxury’ in March.

Tickets available for their Concorde 2 show, which will include a support act, are available from the following outlets: