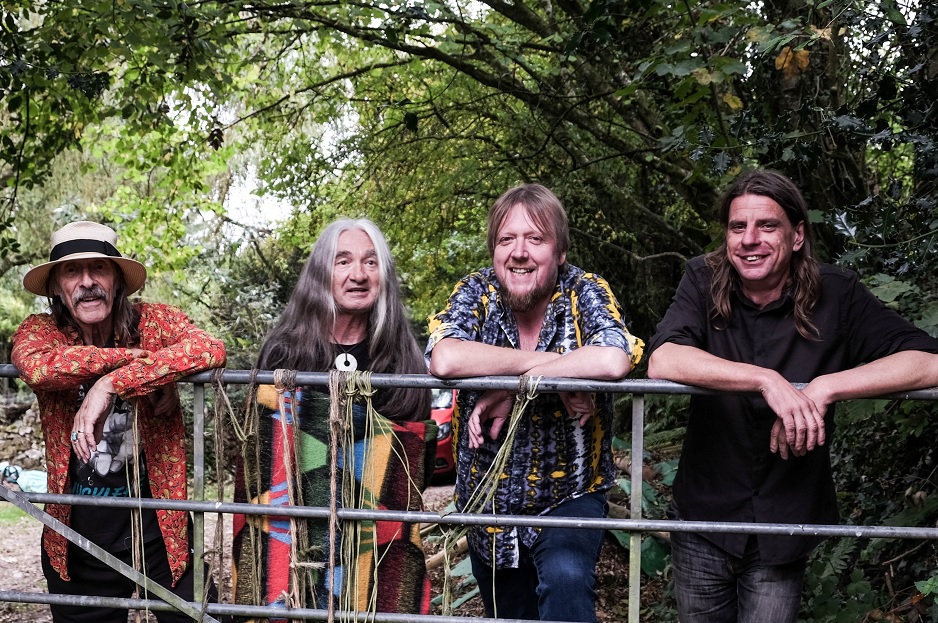 Hawkwind are heading to Brighton to celebrate their 50th anniversary

Famed space rockers Hawkwind have announced a 15-date UK this November in celebration of the bands 50th anniversary and the tour starts right here in Brighton. They will be appearing on Sunday 10th November at the Theatre Royal, New Road, Brighton. Purchase your tickets HERE.

Prior to the tour Hawkwind will be releasing their 32nd studio album, entitled ‘All Aboard The Skylark’ which sparks a storming return to their space rock roots. It is released on 25th October 2019 on vinyl, digital and CD (along with a second bonus disc) ‘Acoustic Daze’. Collectors should note that ‘Acoustic Daze’ will be released as part of the CD set of ‘All Aboard The Skylark’ and as a stand alone vinyl edition – limited to 1000 copies worldwide!

The forthcoming Hawkwind albums; (left) ‘All Aboard The Skylark’ and (right) ‘Acoustic Daze’

The nine track ‘All Aboard The Skylark’ album picks up effortlessly from their conceptual Top 40 charting albums ‘The Machine Stops’ (2016) and ‘Into The Woods’ (2017).

Musically the solid quartet of Dave Brock (guitar, vocals, keyboards), Richard Chadwick (drums), Niall Hone (bass, keyboards) and Magnus Martin (guitar, vocals) have created a tight, psychedelic groove that runs through the spine of the album, but embraces each musician’s individual talents along the way.

Opener ‘Flesh Fondue’ is a classic Hawkwind space rock number; alien creatures feeding on the inhabitants of planets, carried by Brock’s characteristic guitar and vocals and underpinned by Chadwick’s superb rhythm and hypnotic drum fills. ‘Nets Of Space’ is a bass driven trip, complemented by swirling guitar loops and rhythmic drumming while the conceptual ‘Last Man On Earth’ and ‘We Are Not Dead…Only Sleeping’ lead us headlong into the free-spirited psychedelic groove of ‘All Aboard The Skylark’. The contemplative ‘65 Million Years Ago’, with haunting Brock vocals is followed by the melodic lament, ‘In The Beginning’, which leads to the expansive and multi-layered ‘The Road To…’, and closes with ‘The Fantasy Of Faldum’, (based on a Hermann Hesse fairytale). This is an exciting and unmissable addition to the Hawkwind canon.

1985 – The band performed the ambitious ‘Chronicle Of The Black Sword’, as a spectacular live show inspired heavily by Michael Moorcock’s epic saga, ‘Elric’.

June 2010 also sees the release of a new studio album, ‘Blood Of The Earth’ which was released on the summer solstice. 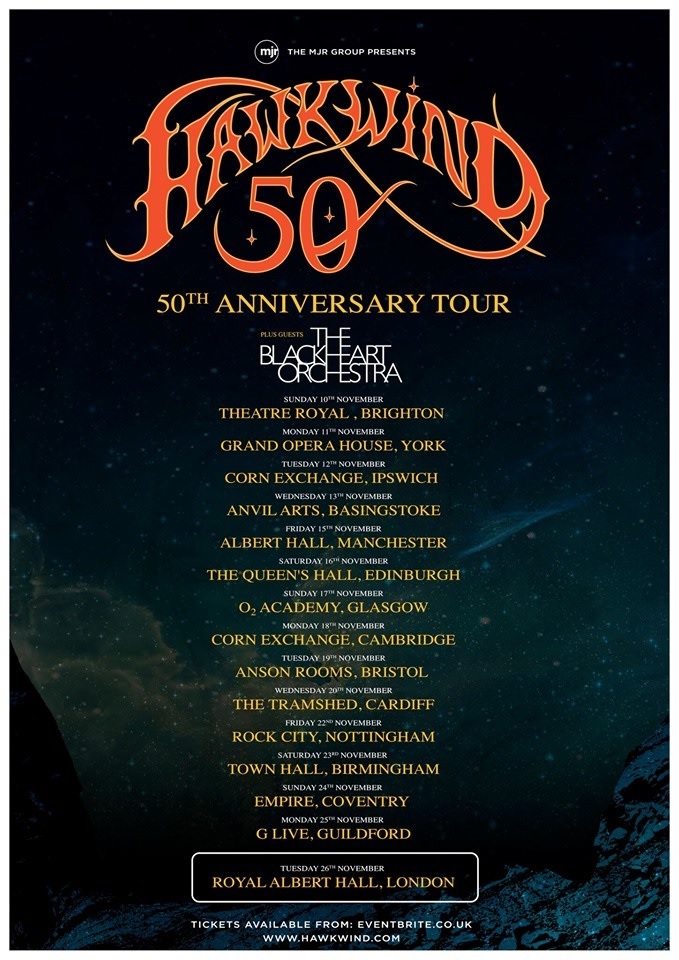