IDLES, Fontaines DC and now we have the wonderful THUMPER 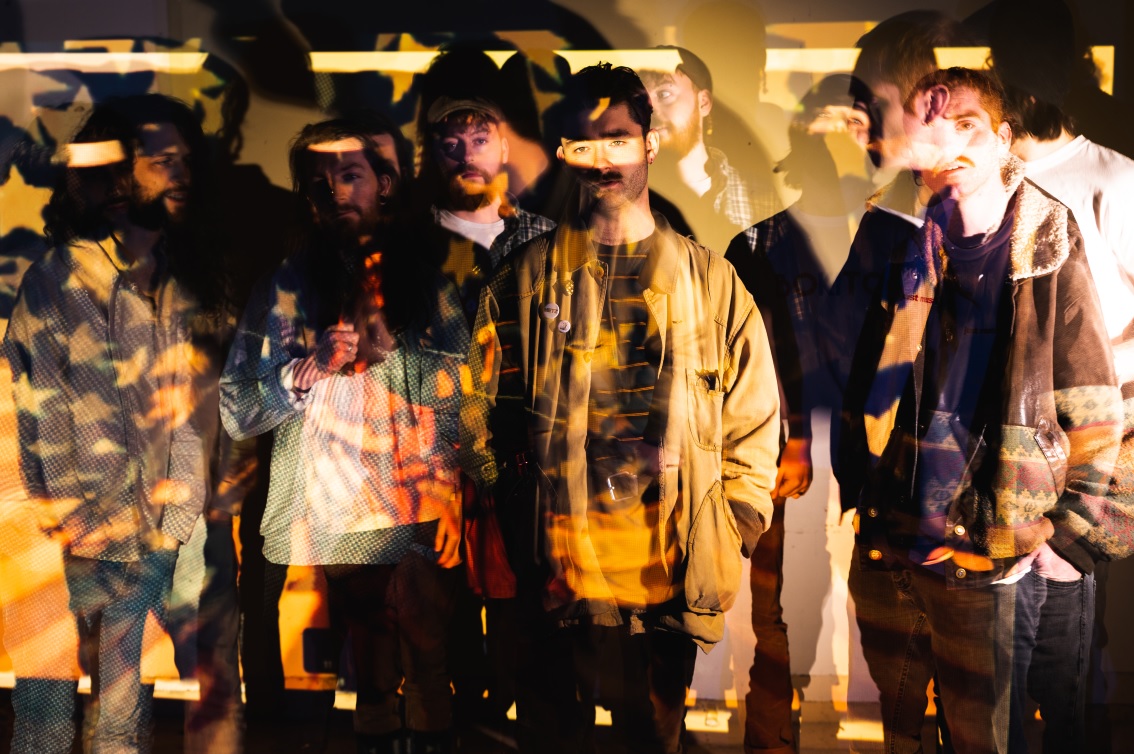 THUMPER are heading to Brighton

THUMPER certainly have a name befitting their sound – meaning: “to strike against something heavily and noisily”.

THUMPER is a relatively new name that you should be made aware of, especially if you are a fan of IDLES, Fontaines DC and those of a similar ilk.

THUMPER are the band everyone’s talking about, delivering bubblegum pop through a wall of sonic death. With a reputation for raucous and frenzied live shows and
penchant for howling feedback and pounding rhythm, each show is an exercise in unpredictability. 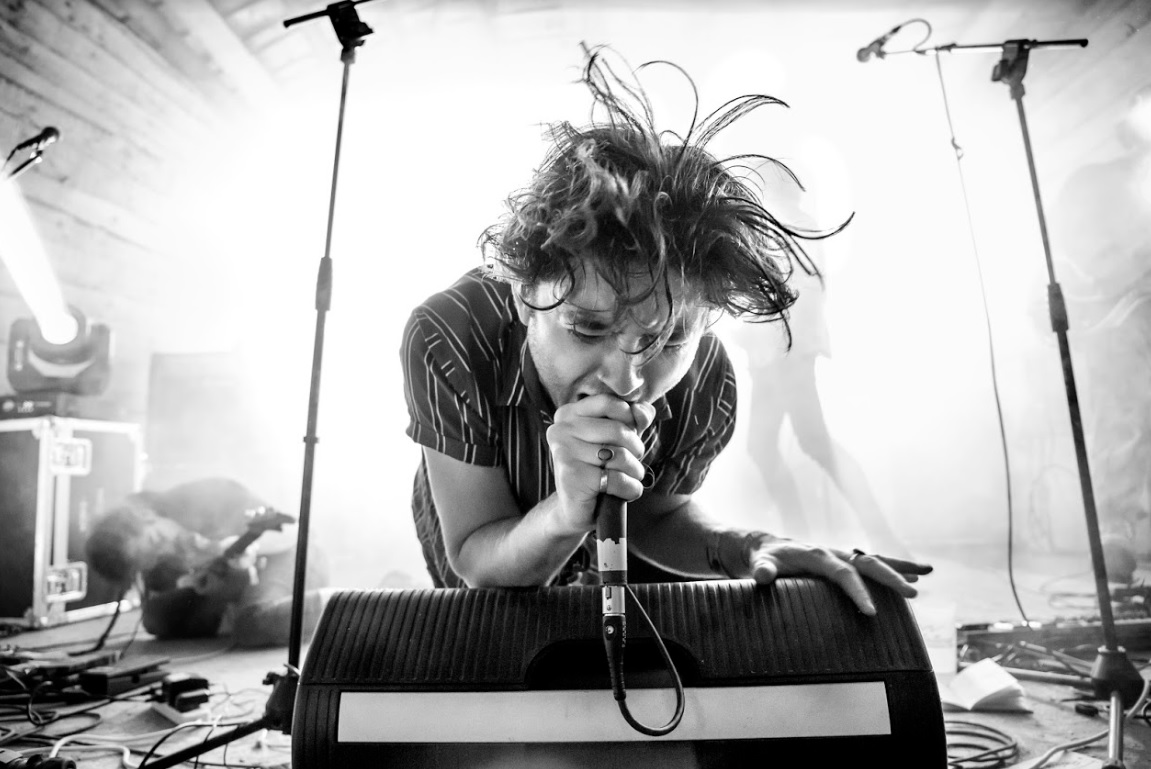 THUMPER are certainly following in the footsteps of Fontaines DC, as they have played showcases at ‘Music Cork’ and ‘It Takes A Village’, and are doing the festival rounds at all the major Irish festivals this summer including ‘Electric Picnic’, ‘Sea Sessions’, ‘Kaleidoscope’ and many more!

THUMPER have released a 5-track vinyl entitled ‘Out of Body Auto-Message’, and is available in all major record stores. It is the first studio record by the band and was produced by Dan Fox (Girl Band). In this new phase, THUMPER step away from their early days of lo-fi bedroom recordings into a more widescreen effort – without losing any of the grit that defined the early material. From the mile a minute word vomit of ‘AFL’, to the 10 minute psych meltdown of ‘3am & Restless’, each song squirms to contain the dichotomy of its blistering psych and its saccharine pop sensibility.

From UK radio support from Steve Lamaq on BBC 6, Kerrang! Radio, and Irish national
stations including Today FM and RTE 2FM, to features with Paste Mag US, Hotpress and Nialler9, the future of rock and roll looks bright for these wide-eyed rockstars.

It’s no wonder THUMPER are consistently topping the “Ones To Watch” lists, touring
relentlessly – headlining Hard Working Class Heroes well, joining Fangclub on a
national tour, playing their first UK show at a sold-out Shacklewell Arms.
Following this year’s festival packed summer, THUMPER are set to hit the road
this September and have announced a string of UK live dates for this Autumn including a date in Brighton. 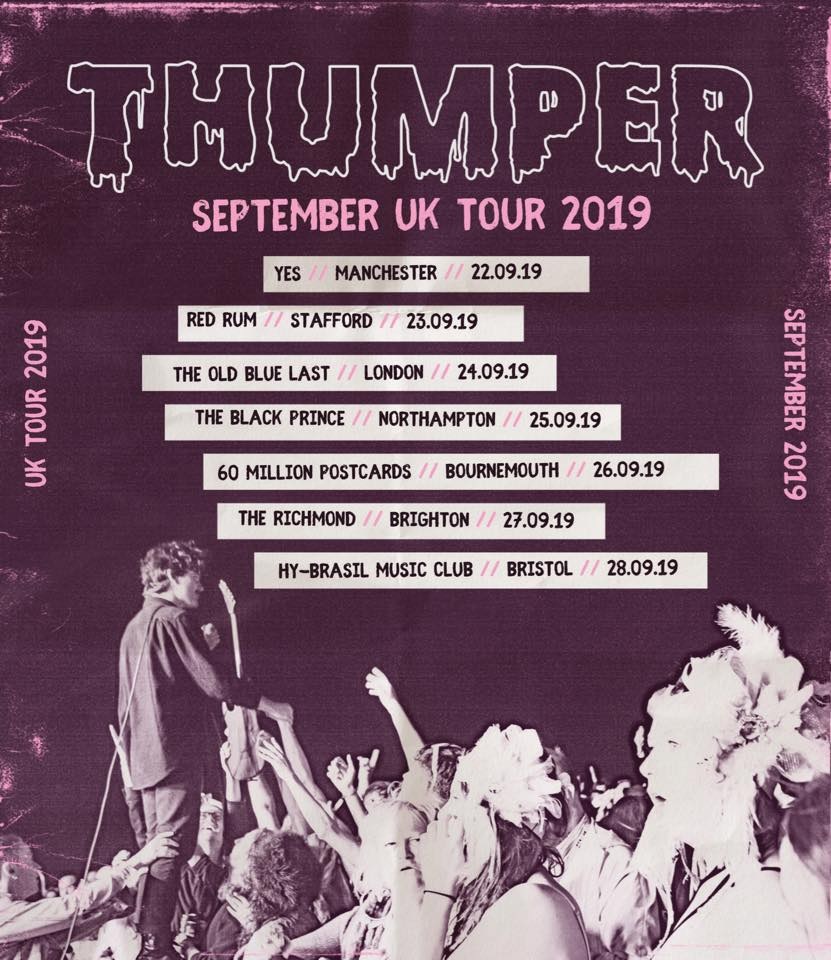