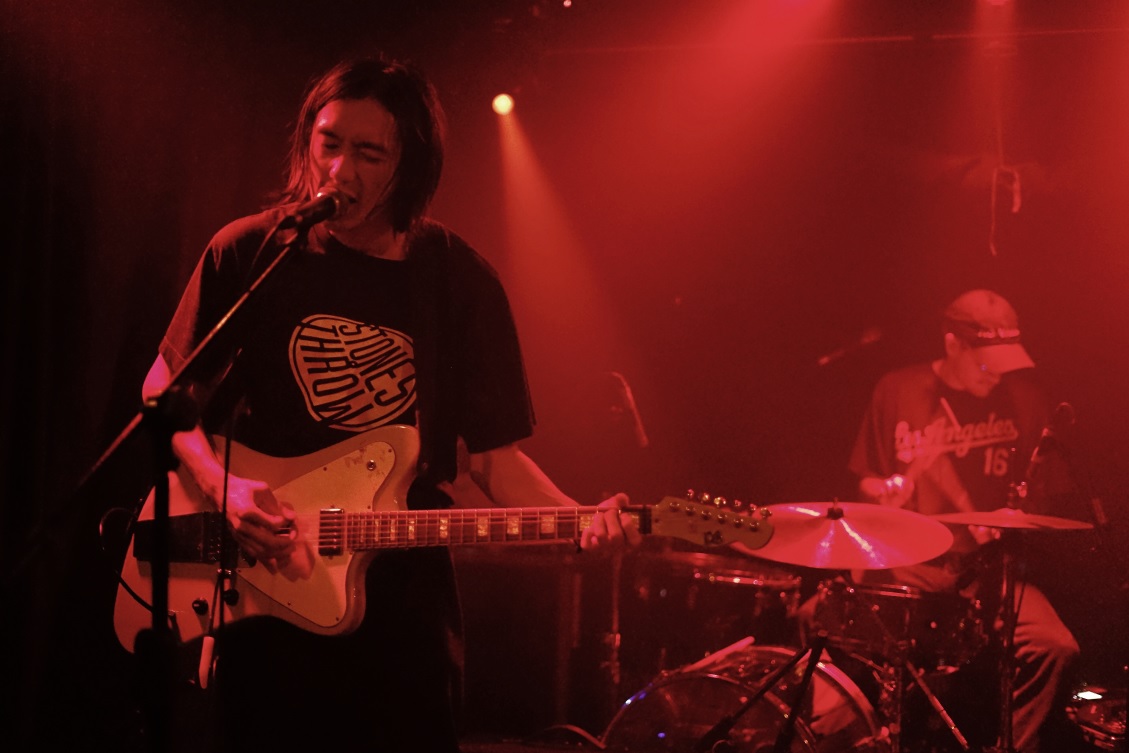 Los Angeles trio Froth have made a welcome return to these shores with a night of Shoegaze and Psychedelic riffs at the Komedia Studio located in Gardner Street, Brighton.

Despite the unfortunate late arrival of the band and the slight technical issues that occurred, Froth certainly did breathe life into the popular venue with their addictive psychedelic shoegaze songs. With both support acts, Sleep Eaters and School Disco certainly fitting the bill nicely, for an enlightening evening of guitar fuzz sounds. 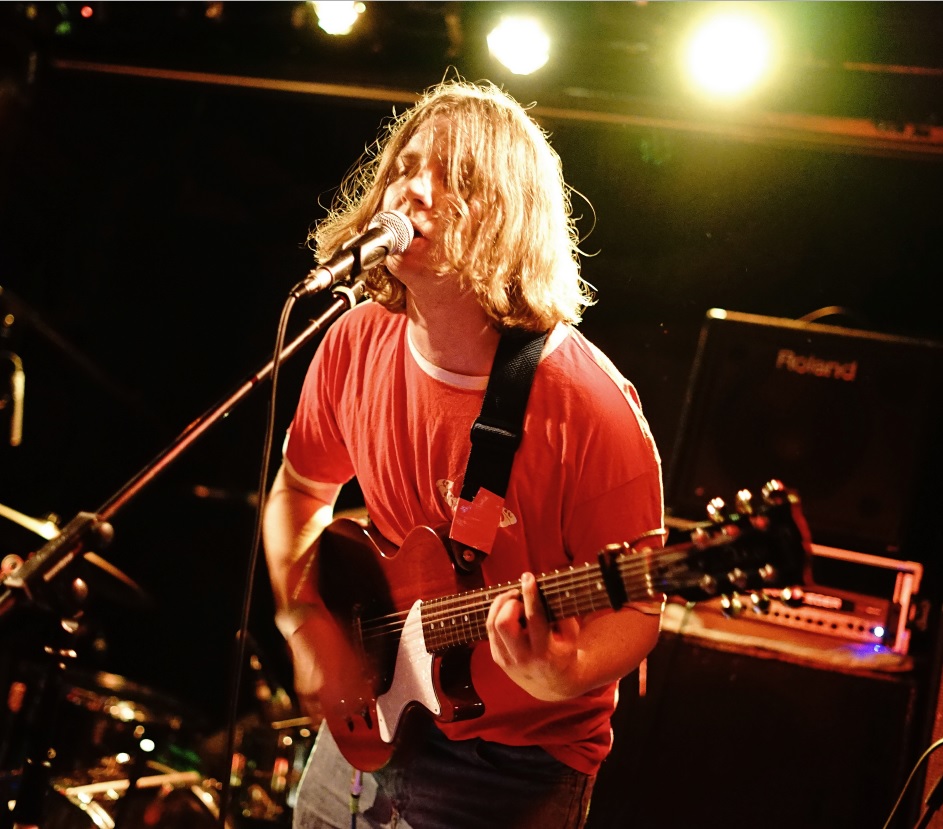 First up were School Disco who are Rory Lethbridge, Laur Underwood and Troy Holty. The guys certainly gave it their all, with their garage noise and punk influenced sounds, in order to entice the audience with what was yet to come. The band are Brighton based and have a debut album on the way. Their choice track was ‘Caught In Space’, which merges chaotic noise with a punk beat, and is quite surreal and experimental in sound. The set in itself was a flurry sound of fuzz and would be welcomed by any ‘Thee Oh Sees’ fans. Definitely a band to watch as they progress. 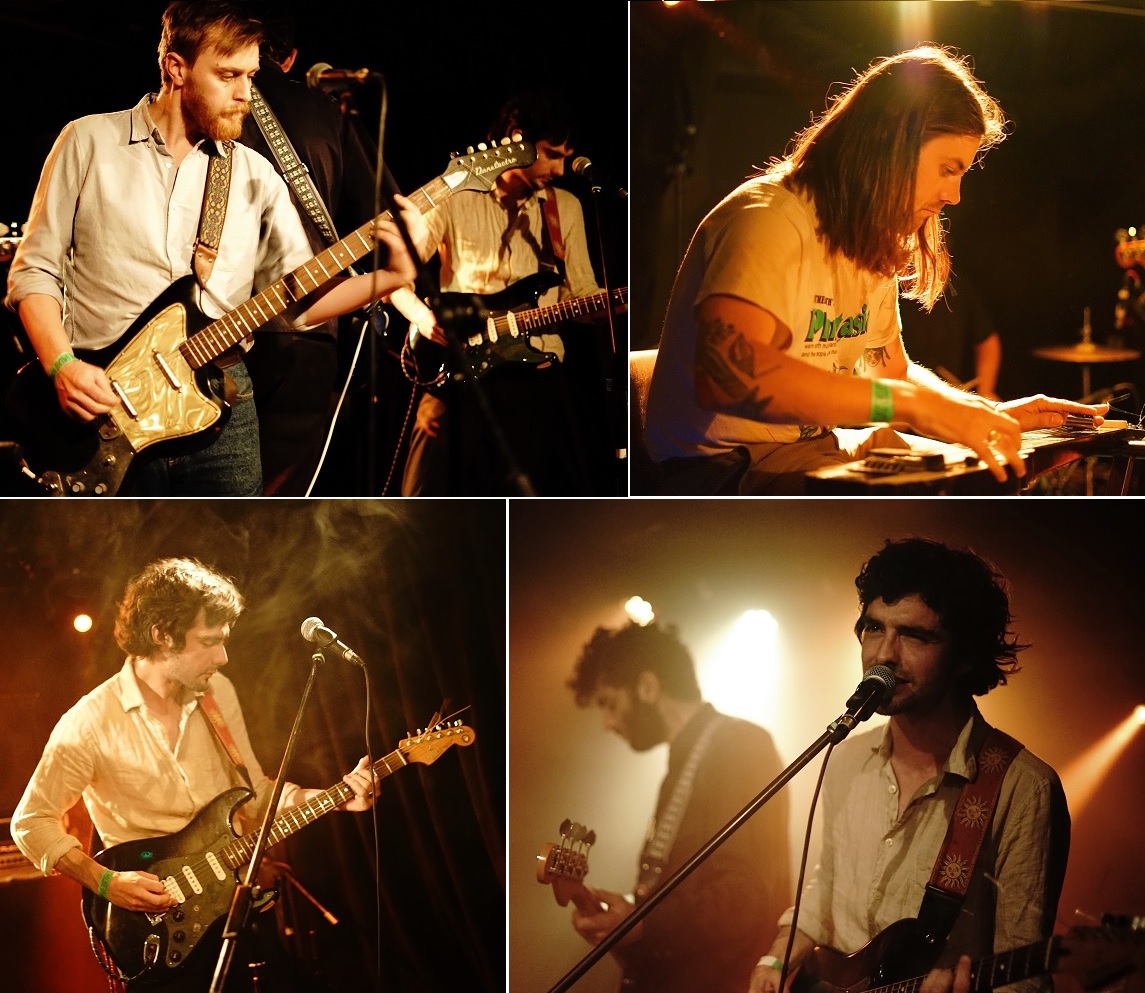 Next up were Sleep Eaters who are a quintet made up of Glenn, Danny, Sean, Will and Dec and they did not waste any time coming on stage. This five-piece country garage band hail from London and have recently released their debut EP entitled ‘Holy Days’. Their sound this evening features warm rhythms and lyrical extravaganza. They had very ambitious sounding keyboards merged with the toe tapping instrumental offerings whilst adding their own style of Americana twang in the mix. 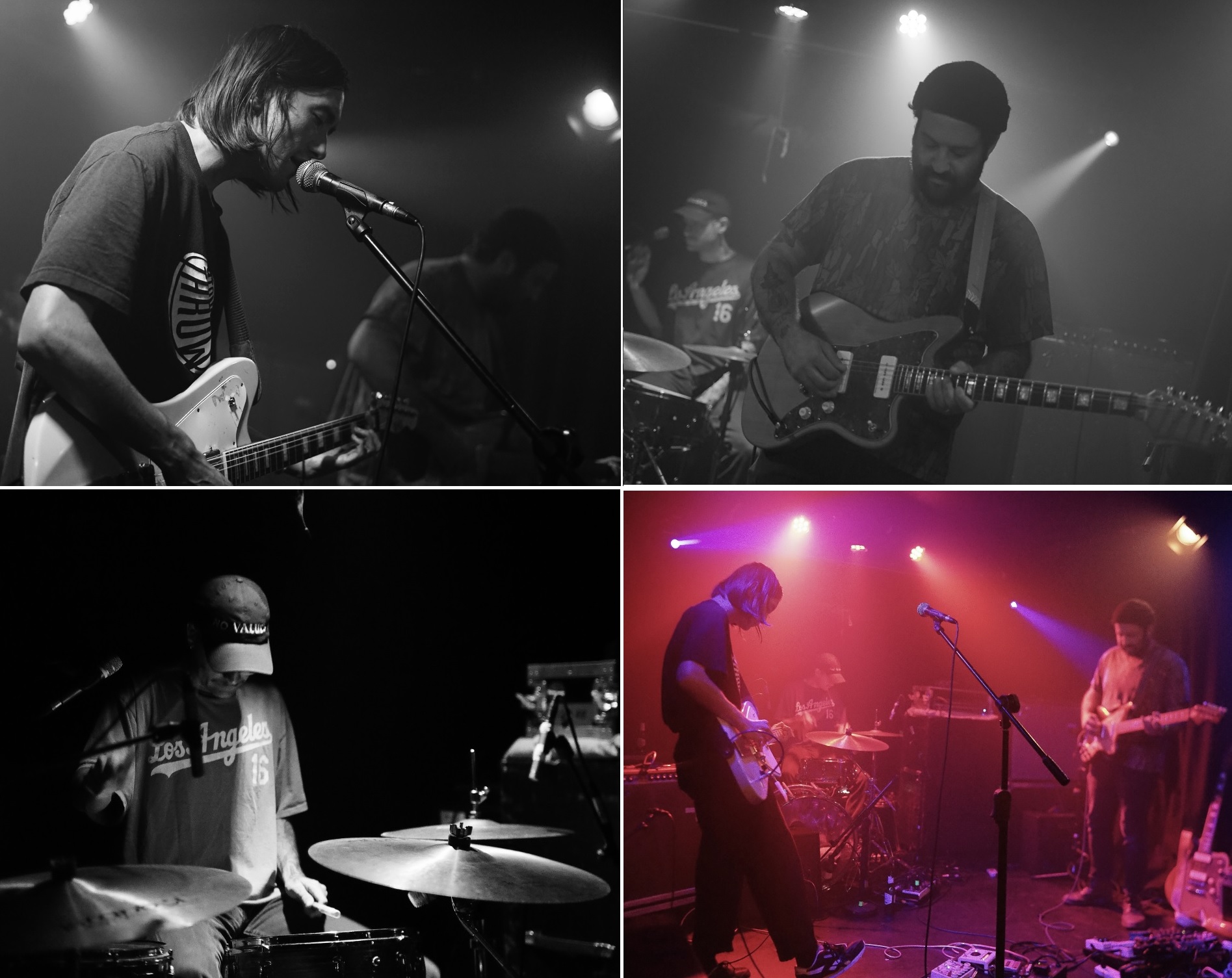 It was now time for Froth to grace the Komedia stage. The band first garnered attention with their debut LP, ‘Patterns’ which came out mid 2013. It was originally intended as a small-run cassette release, however the album quickly became an underground sensation in the Southern California music scene, catapulting the band to local fame and prompting a vinyl re-release in 2014.

2017 saw the release of the unusually titled ‘Outside (Briefly)’ album, where the band dialled back the noise and psych-pop found on their previous LP’s to reveal delicately beautiful melodies, intricately arranged instrumentals, and some of their most experimental songwriting to date.

Froth last played in Brighton for ‘The Great Escape’ way back in May 2017, and have thankfully returned to the city to perform tonight for us in the Studio Bar of the Komedia. Being a rather compact space, it was in no time that the room soon filled with eager fans waiting to be enticed by Froth’s mesmerising sounds and long riffs!

The LA band consists of JooJoo Ashworth (vocals/guitar), Jeremy Katz (guitar/bass) and Cameron Allen (drums) and have just released their fourth album entitled ‘Duress’ and as one would expect a majority of tonight’s set can be located on this new platter – seven of the nine songs to be precise.

The set opener ‘Laurel’ (from the new album) certainly does not disappoint. It’s a more lo-fi offering to the band’s previous material with more shoegaze elements added. Anyone who would be familiar with the bands ‘Cheatahs’ and ‘My Bloody Valentine’ would want to delve deeper into Froth’s soundscape offerings from the past and present.

The whole of tonight’s set was played with precision and rhythm and was well worth the wait. The band’s progression can be clearly heard, and I for one are really hoping for more of the same to come in the near future!

Listen to (and purchase) their material on their Bandcamp page HERE.

Find out more about Froth HERE.