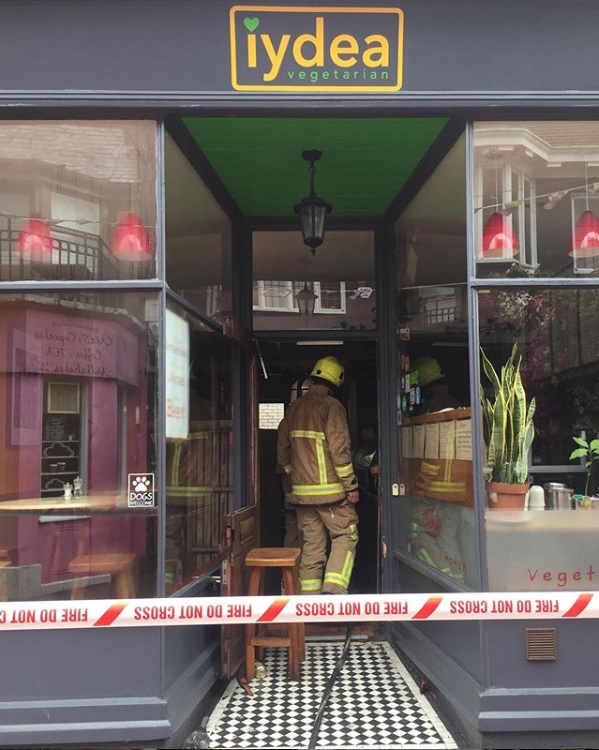 Fire chiefs have started an investigation into the cuase of a fire at a Brighton restaurant this morning (Tuesday 24 September).

The blaze broke out in the early hours of the morning at the Iydea vegetarian cafe in Kensington Gardens.

Residents of the North Laine awoke to the smell of smoke and a glow on the skyline as firefighters battled to contain the fire.

At the height of the flames, six fire engines were using hose reel jets and two main jets to quench the fire.

By 9am the fire was mainly out and there was only one engine left at the scene.

At 10am, Iydea posted the picture above on its Instagram page, and another on Facebook, both of which informing customers it would be closed “for the foreseeable future”.

The fire service said: “East Sussex Fire and Rescue Service are investigating the cause of a fire at a Brighton restaurant.

“We were called at 5.25am on (Tuesday) 24 September to reports of smoke at a commercial building in Kensington Gardens.

“The fire was contained to the first floor and roof space.

“As of 9am one fire engine remained at the scene.

“No one was in the premises at the time the fire started and there are no reports of injuries.

“We will be in the area offering extra fire safety advice to local businesses.”